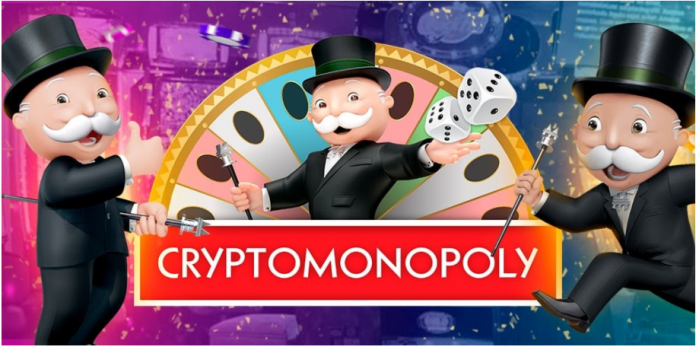 11th November 2020, Limassol, Cyprus – Leading crypto casino 1xBit is launching an exciting new live casino tournament based on the famous board game, Monopoly. Much like traditional Monopoly the game involves multiple players who take turns at rolling two six-sided dice to move around the game buying and developing properties, earning money in the process.

Already one of the most enjoyable and widely played board games in the world, Monopoly (and board games in general) have also been linked to other health benefits. According to a study by psychologists at the University of Edinburgh people who play games (such as cards and board games) are more likely to stay mentally sharp in later life. Those who regularly played non-digital games scored better on memory and thinking tests, reducing stress, and more.

This November, Evolution Gaming and Live Casino Vivo Gaming invite fans of the game to compete in the captivating atmosphere of the board game Monopoly, and be in the running to win a prize pool of 1BTC ($15,400 at the time of writing). The prize will be shared among 10 places, with the first getting half of the pool (0.5 BTC or 500mBTC).

1xBit is a highly reputable betting site that has combined both competitiveness and a friendly vibe in this new live casino tournament, CRYPTOMONOPOLY.

There are now more than 25 cryptocurrencies available on the platform for you to choose from and use to bet. 1xBit is also fully anonymous, so players don’t have to worry about their data getting out there. The company understands the importance of privacy on the internet, so it has streamlined the sign-up process and does not ask anyone to compromise their privacy.

There is also a cashback of 11% for VIP players who want that little bit extra, and in excess of 200 available games, including Live Baccarat, Live Blackjack, Live Jackpot, Live Poker, Live Roulette, Live Sicbo, Live Monopoly, Live Over/Under, Live Deal or no deal, and Live Dice.

The unique CRYPTOMONOPOLY competition will start on November 11, 2020, at 00:00 GMT and lasts till December 6, 2020, at 23:59 GMT. All fans of gambling can participate in this tournament to win from the prize pool, in addition to having the fun experience of playing their favorite board game live online.

To participate in the exciting upcoming CRYPTOMONOPOLY tournament, sign-up and get all the benefits from 1xBit, as well as stand a chance to win from the tournament prize pool.

Check out the official 1xBit blog for the latest articles – https://1xbit.com/blog/

1xBit is the source of this content. This Press Release is for informational purposes only. Virtual currency is not legal tender, is not backed by the government, and accounts and value balances are not subject to consumer protections. Cryptocurrencies and tokens are extremely volatile. There is no guarantee of a stable value, or of any value at all.