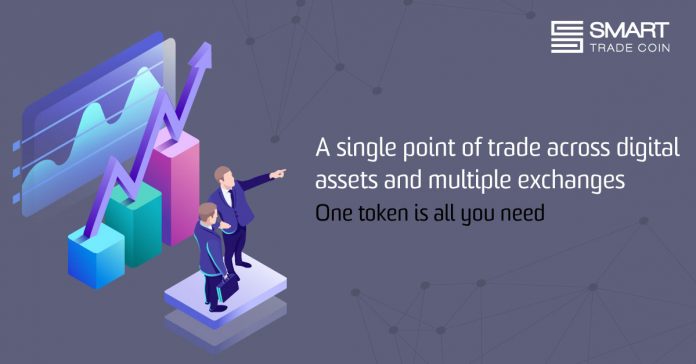 Throughout history, the world has undergone multiple stages of economic and technological evolutions and our world is at the cusp of another revolution just around the corner. The prevailing generation is well versed with the growth and expansion of internet and technologies alike.

However, towards ensuring that our future investment portfolio appears healthy and makes you wealthy, one needs to have a far-sighted approach in the present and understand the future demands of a blockchain based economy.

A cryptocurrency is required to be a safe and liquid in nature and allow the economic transaction. Whichever cryptocurrency can have most of these features is deemed to be the cryptocurrency that will be used in the future for all financial and commercial transactions. Also, these are also the requirements of the infrastructure in which crypto-based assets and currencies are required to operate and function in. The Smart Trade Coin World is constructing an infrastructure by creating software of exchange and trading, acquiring hi-tech projects in the form of an active investor.

Hence, the Smart Trade Coin is building a foundation for a blockchain based economy of the future which will be based on TRADE. TRADE coins serve as the most optimal token currency for the Smart Trade Coin application platform towards making a transaction, earning profits and trading on other exchanges.

Also, TRADE is being supported by one of the biggest community of traders, who stand to be the primary beneficiaries of the growth of the Smart Trade Coin platform.

This is a sponsored press release and does not reflect the opinions or views held by NullTX. This is not investment, trading, or gambling advice. Always conduct your own independent research.