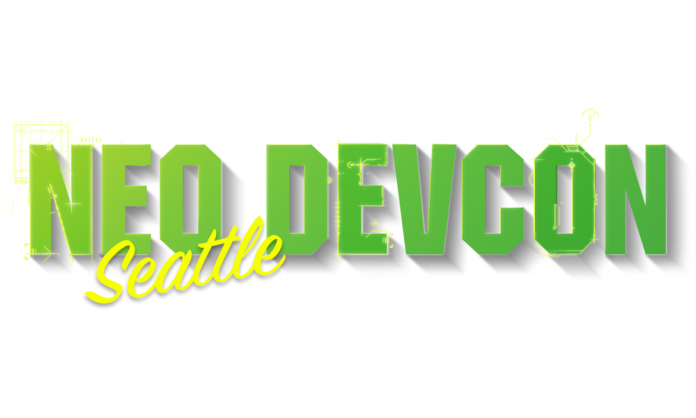 Blockchain-based smart economy platform NEO has surged to the top of the crypto market driven by the strength of its developer community. This year the community is coming together at the 2019 DevCon event to showcase the latest innovations and tools being built on NEO’s open-source platform.

Hosted at the Hyatt Regency Hotel in Seattle on February 16th  and 17th, the event will feature more than 40 speakers and more than 30 projects across 20 separate exhibits organized by NEO users and developers from across the world. The two-day event is split between discussions on the first day and a developer workshop on the second.

For the community, this year’s developer conference is a critical step in helping the blockchain project gain global mainstream attention. The objective is to attract the best developers and technical talent from across the world by introducing them to the coder-friendly platform through workshops and expert insights from the best minds in the industry.

Founders Da Hongfei and Erik Zhang are expected to open the event with an update on NEO’s ‘Smart Economy’ plan and an official timeline for major developments over the next twelve months.

Speakers and panels throughout the rest of the day will focus on platform architecture, innovation, and the regulatory landscape for blockchain developers. Some of the noteworthy speakers include Miha Kralj, managing director of consulting firm Accenture, and Dr Chris Berg of the Royal Melbourne Institute of Technology (RMIT), who will discuss major trends and crypto-economics respectively.

“The NEO DevCon is a place where we can share the latest technological advances, learn about interesting applications and discuss the possibilities of future changes with relevant experts and scholars. This time we also invited some speakers from Seattle-based tech giants to share their insights with us,” said Erik Zhang founder of NEO.

This year’s developer conference will also feature regulators sharing their perspective of this nascent industry and bringing clarity to the blockchain developer community. One of the confirmed speakers is Joseph Williams, Governor Jay Inslee’s ICT industry sector lead and the State of Washington ICT economic development director. Williams is expected to talk about the regulatory hurdles the community faces, provide an insider’s perspective of this emerging technology, and discuss his experience working with blockchain innovators, VCs, and entrepreneurs from across the country.

Regulatory uncertainty is largely seen as one of the biggest hurdles for blockchain development and adoption. The NEO community’s attempt to work with regulators and create consensus with authorities from across the world is part of the reason it is seen as one of the most viable and developer-friendly projects in the crypto industry. Erik Zhang said:

“NEO’s goal is to have the ability to run large-scale commercial applications. The technology development of the blockchain will eventually land in practical applications, and we hope to serve the goals of the smart economy”

Anyone interested in participating or supporting the event can email: [email protected]

Early bird tickets are on sale now for $149 and are available until January 15th. Full price tickets will be $299.

More information can be found at devcon.neo.org