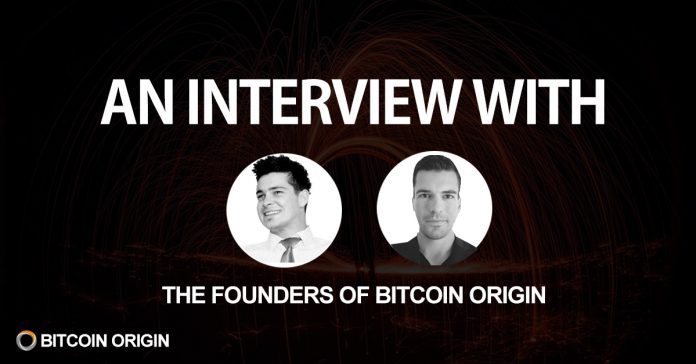 Cryptocurrencies have certainly gained ground with the mainstream adoption of the technology while making huge strides in the financial and technological spheres of the world. 2017 alone was a year of events where the popularity of cryptocurrencies soared and the world saw the niche industry transforming into a major global industry. Nonetheless, cryptocurrencies and the Blockchain Technology is still growing with multiple opportunities abound.

Here are some excerpts from the interview:

Why do you fundamentally believe in the technology you’re developing?

Greg: To put it in simple terms, Bitcoin Origin is a greener alternative of coin production and that’s the basis on which our cryptocurrency will be laid on. If we talk about the existing Proof-of-Work methods, as we already know, Bitcoin individually consumes 0.31% (as per the latest statistics) of the world’s total electricity consumption, let alone the major five cryptocurrencies put together. That’s a power consumption level that can fuel the entire country of Chile. Now, look at the architecture that Bitcoin Origin is laid on – Proof-of-Ambassador. The entire consensus model has been built keeping in view an economical option to produce ORI coins. Our power consumption levels are close to zero when compared with the traditional PoW methods of mining. And that’s how we fundamentally differentiate our technology.

JP: (Continuing) In addition to what Greg mentioned, our consensus model doesn’t require an expensive setup or large warehouses to generate new coins. Our unique Proof-of-Ambassador model is a hybrid method that has been developed using the features of two prominent consensus mechanisms – Proof-of-Work and Proof-of-Stake. This helps our technology deliver greater speeds of up to 15,000 transactions per second that helps the validators validate such transactions with far less power, thus creating a far more sustainable technology that supports our green initiative and is environment-friendly.

JP: A simultaneous multi-fork of the top five PoW cryptocurrencies encompassing Bitcoin, Bitcoin Cash, Ethereum, Litecoin and Dash will support mining-like profitability without experiencing the setup costs and will help with improved privacy measures while increasing the transactional throughput. The idea of Penta-fork is to capture the benefits laid in each individual cryptocurrency system while eliminating the limitations present in the technology. Although multiple forks are prevalent within the industry that was born out of the reason being sheer incompatibility and disagreement about scalability problems to the addition of advanced features and functionality, Bitcoin Origin will be the world’s first multi-fork cryptocurrency that will be laid on a unique Proof-of-Ambassador model as discussed by Greg.

This will help users on our community with the ability to spin out self-owned serverless blockchains while capitalizing on a unique opportunity to begin app development and create their own native technology. Not to overstate, but this is an evolution we’re bringing for the first time in the Blockchain Technology.

Greg, you say you want to enable users to create their own serverless blockchains. How does that translate into an evolution in the crypto space?

Greg: Regarding that, first of all, let me ask you do you have any technical skills to spin out your own blockchain and power up your crypto-token?

Interviewer: Well, I just have a basic idea of how cryptocurrencies work, but to answer your question no.

Greg: Well, that’s where our technology supports the users within the community. We’re in the process of developing a technology so user-friendly that a user will not be required to have extremely high technical skills to spin a separate serverless blockchain. That’s the beauty of it. Moreover, talking about dApps and Smart Contracts, the developers, in present circumstances, are reliant on third party cryptocurrencies like Ethereum or Ether Gas to execute their smart contracts, power up their dApps and payment of the transaction costs. What if there’s a sudden drastic drop in the values of Ethereum? That can really turn the tides out of your business. However, with Bitcoin Origin, developers will be able fuel up their dApps and smart contracts with their own native tokens that are self owned and have better control over the values, thus eliminating the risk of severe volatility.

Greg: What we have created essentially is allowing users to convert their existing ETH tokens into native coins using the cross-chain platform on Ethereum Token Bridge. Our multi-layered blockchain technology allows simultaneous communication with other chains while the EVM based architecture allows concurrent blockchain states to coexist that creates a hybrid environment to facilitate the generation of serverless blockchains.

Do you believe your blockchain provides a greener and more sustainable alternative to existing cryptocurrencies?

JP: Well, sure it does. That’s what our idea was and that’s what the project is essentially about – Creating a sustainable token production method to support the environment. Let me tell you our Economic Model. Firstly, we are an entirely self-funded project and as such, Bitcoin Origin will have a total supply of 35 billion tokens and the tokens will be phased out evenly in a planned manner. With a total 16 billion forked supply, 11 billion in the form of block rewards and 8 billion towards the origin supply, as per our economic model of token distribution we will be evenly distributing ORI tokens to the users that will be released in daily tranches in a structured manner. A total not exceeding 0.137% value of total supply of coins will be distributed among the users who claim their existing holdings of BTC, BCH, ETH, LTC and DASH in an equivalent USD amount prevalent at the time of transaction. It’s a simple conversion. The ratio sums up to a distribution period spread over 2 years that will help create liquidity in the markets very thinly. Well, of course, we’re expected to list on major exchanges in Q3 2018 as ERC 20 compatible. So that’s when things will start moving quickly. Cryptocurrencies are in a fairly nascent stage and it’s in their nature to be volatile. So, if we want our cryptocurrency to grow organically and capitalize on the major events of the project, we’ll have to create additional demand before supplying the tokens and the buying power within the major exchanges will do the rest. Furthermore, with our unique Proof-of-Ambassadors consensus model, the Stakers in the community will be offered mining-like generous rewards for locking in their ORI holdings. Our early adopters program will offer extraordinary rewards in the first few months of the distribution which will gradually diminish, given the dilution of holdings. This will allow users to grow their token holdings by simply locking up their existing holdings. This in turn will create additional demand for the tokens and with our Proof-of-Ambassadors architecture that requires far less electricity consumption levels with significantly higher throughput speeds, both of us here, Greg and JP believe in our project and yes, it’s definitely a greener and more sustainable technology to adopt.

Come 2019, Blockchain Technology and Bitcoin will be a decade old. How do you position Bitcoin Origin 10 Years From Now?

Greg: Initially, we’re looking forward to our Testnet and Mainnet Launch event lined up in Q3 and Q4 of 2018. After which we’ll be pursuing strategic partnerships for further development and advancement of the technology. Speaking honestly, our plates are pretty full right now and 2018 is going to be a year of events for Bitcoin Origin. But coming to your question, a decade is a pretty long time and things might pan out differently. What I personally think ten years from now, the cryptocurrency market will be nothing like it is right now, let alone the Bitcoin Origin Foundation. Cryptocurrencies are presently viewed simply as a mode to make money overnight and whether or not a project flies, people expect the cryptocurrencies to end up being a shadow of Bitcoin or Ethereum. But well, this is a technology that supports inventions and implements solutions and real-life use cases to several of the gravest problems plaguing the world. Presently what might seem to excite the users in Bitcoin Origin can be its ease-of-access or the world’s first multi-fork. But once this whole space matures out, I’m pretty sure, the world as we know it is going to look very different. With Bitcoin it was a different story but with Bitcoin Origin it can be altogether a new one. It’s a debatable topic. What I can certainly think of is we’ve created a technology that can endure and that’s what we’ll be looking forward to while bringing advancements to our infrastructure.

To learn more about the project, visit https://www.bitcoinorigin.io/