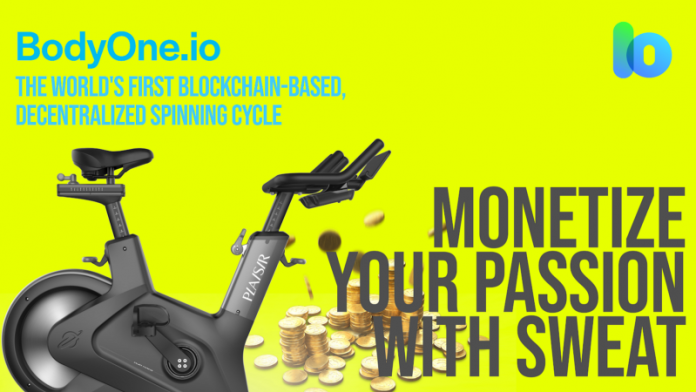 BodyOne is the world’s first fitness ecological platform with block chain-based 4.0 and intelligent chip technology, which put forward to implement with fitness scene. “Earning Token on Fit Miner ，Cryptocurrency Mining with cycling” is the true core of the meaning BodyOne established. The users can ride PLAISIR CYCLE as Fit Miner to burn calories that are collected into the database of sharing community via intelligent contract, therefore the Token gained by sweat of the users can be store or trade by themselves. This process creates the new lifestyles, which make health into value transmission and value multiplication and builds a global fitness industry ecological platform. Now, the world’s first Fit Miner t served for Bodyone ecological platform has been developed and tested, which will be launched out to the market on a large scale.

Cryptocurrency Mining with cycling！Fit Miner being an intelligent block chain-based cycle implanted with BodyOne protocol and chip will provide incentives to users by their exercise data. It will distribute the Body Token generated by burning calorie to the whole platform through certain AI algorithm and the weight function, which will help the users to get into an exercise habit to keep fit as a new positive life style.

“Earning Token on Fit Miner” that will get your value doubled! BodyOne ecology consists of the users, the fitness equipment supplier, the fitness service supplier, the coaches，the doctors and other participators. The profit made by the platform ecology is used to award the participation of users and service suppliers according to the ratio. Token will be used as the incentive for their contribution and 80% of the profits made by the platform will be distributed to the platform users on each node in the way of “Earning Token on Fit Miner”. In this way, people will be attracted to help establish this ecological platform and form a new pattern for fitness industry.

Based on the underlying technology of InterValue block chain 4.0, the world’s first large-scaled technology, BodyOne tries to set up the ecological system for fitness industry.

Intervalue made an innovative design — a data mapping mechanism between data on the chain and data off the chain. Based on the new reinforced data structure of DAG and HashNet, as well as the double-layer consensus mechanism of HashNet and BA-VRF, InterValue brings in the senior Turing intelligent protocol triggered by external conditions; meanwhile, depending on Keccak512 algorithm, NTRUSign algorithm, ring signature, anonymous protection mechanism for zero-knowledge-proof transactions, BodyOne has several special performances like fast confirmation, resistant to quantum attack, anonymous communication between nodes, anonymous protection for transactions, senior intelligent protocol and data delivering to chain. What’s more, by a fair distribution mechanism, BodyOne has other functions available, like assets released by a third party, cross-chain communication and multi-chain integration etc.

The block chain 4.0-based InterValue depended by BodyOne, uses DAG HashNet data structure. HashNet is a kind of DAG, which is made of by directed edge consisting of countless climaxes and connect vertaxes. See Fig. 2. 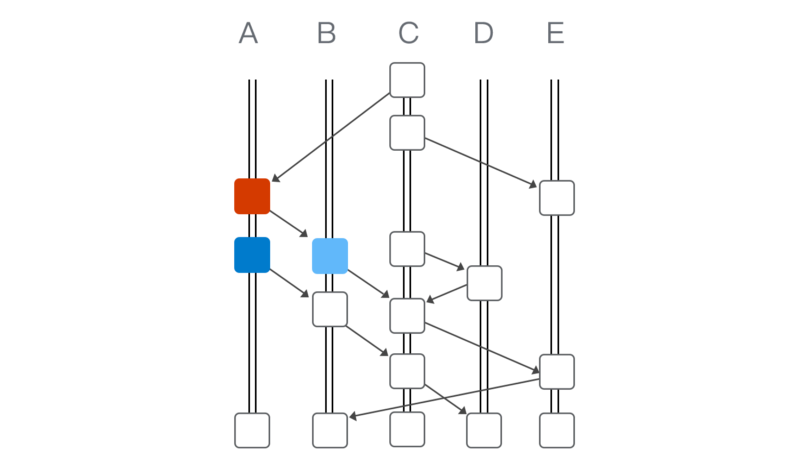 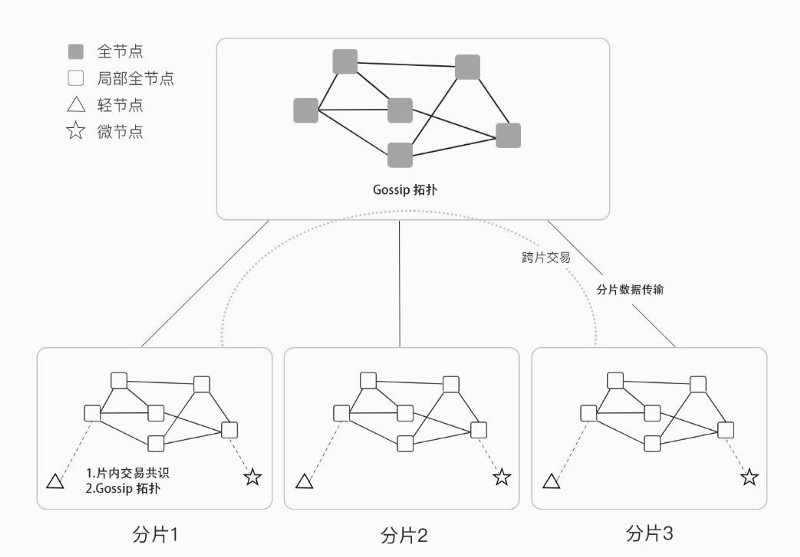 Light node：wallet of light-weight clients. Light node can fulfill the data requirement and delivery by turning to the agent of local full node.

Micro node: the intelligent equipment of internet of things. Micro node can full fill the data requirement and delivery by turning to the agent of local full node.

By the Keccak 512 of SHA-3, an algorithm using the newest design ideology and philosophy owned by many hashing functions and cryptographic algorithm, InterValue can have a simple design and easy to realize the hardware. The algorithm was proposed by  Guido Bertoni, Joan Daemen, Michael Peters and Giles Van Assche in Oct. 2008. Keccak512 uses the standard sponge structure, the input bit at any length can be mapped into an output bit with fixed length. This algorithm can do the calculation very quickly, an average speed of 12.5 cycle per byte if Intel Core 2 processor.

Based on the underlying technology of InterValue block chain 4.0 that is the world’s first million-scaled TPS chain, BodyOne launched out the intelligent chip for fitness equipment such as Fit Miner where BoP protocol is built in. The chip contributes to output the node value by the protocol, which transfers the value of intelligent terminals of protocol by consensus mechanism. The core function includes node authentication, node asset management, service measurement and distribution control and service etc.; and makes the basic design with a special safe chip，which can provide better security for performance and power consumption. Therefore, the chip greatly enhances the reliability and guarantee of shared network.