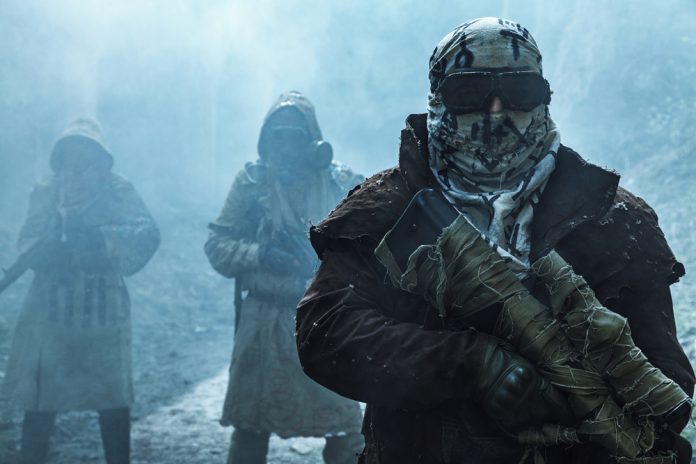 How functional our modern life would be without modern technology? Communications, transportation, industrial production, power supply, etc. all of this run on and by modern technology. Modern technology has penetrated and improved practically all aspects of our life. We eat, move, live due to various technologies, be it food supplies or medical services. We rely on technologies so much it is doubtful we would be able to survive as a civilized society without them. Apocalyptic visions by futurists of destroyed cities could be not so fantastic if one day we would be deprived of power supply. Quantum computing is the next big thing that can greatly improve or destroy our life as we know it. With a constant funding and improvement, the quantum computing in a foreseeable future will have an immense power to break into existing technologies with a catastrophic effect. Should we be concerned and start thinking about it today?

In the world of today, a data security of big corporations and individual users is affected by cybercriminals looking for vulnerabilities in security systems — they make hundreds and thousands of failed attempts, before making a single successful attack to wreak ruinous havoc. We call this hacking.

However, quantum computers can instantly break any contemporary encryption, promptly accessing any system. Quantum computers intrusion into industrial networks controlling manufacturing, mining, energy and utility systems can have very severe consequences. We should call this a cyber-warfare.

There is one example from 2010 when a malicious computer worm Stuxnet targeted Iranian uranium-enrichment facilities. The malware infected a SCADA system turning valves on and off, and meddling with the centrifuges, wasting uranium and damaging equipment. It succeeded in slowing Iran’s uranium enrichment, and by extension its purported nuclear-weapons programs, making Stuxnet the first documented case of cyber-warfare intended to cause physical damage.

Apocalyptic scenes from fantasy thrillers may become a reality: rogue nations and terrorists could destroy industries and infrastructures of most technologically advanced countries exploiting one vulnerability of modern society – a total dependency on life supporting technologies. Without networks, electricity, fresh water and other utilities, modern world would be destroyed. Post-apocalyptic violence and weapons will rule the day. Without adequate facilities and resources, billions of people will perish.

Is it too late to act?

Presently, a practical fully developed quantum computer does not exist. However, continuous research and development are bringing fast the day when a quantum computer shall effortlessly outstrip the abilities of a contemporary, conventional computer. Commercially-available, universal-standard quantum computers may potentially appear in five to twenty years.

However, even most cautious forecasts, which give humanity up to 20 years to get ready to the post-quantum world, are still too gloomy. Contemporary software, equipment, and networks will be defenseless against quantum processing.

While some types of equipment could be upgraded in the near future, majority of industrial equipment could not. With a lifespan between 15 and 25 years, the equipment would have to be replaced in the middle of its calculated service life. Setting aside an important question of “to be replaced with what?”, it would be an unbearable expensive task. Not to mention new regulations and standards, which have to be developed, adopted and implemented. As an example, IT-industry has spent hundreds of millions of dollars and several years to solve the Year 2000 problem or Century Date Change. Although the problem seemed easy to solve and was known for many years before it appeared, it still caused considerable damage. To cover all crucial industries by post-quantum protection, humanity needs decades to develop and implement technologies, to agree on regulations and standards, to implement software solutions and to deploy new hardware.

The development of new global standards has already begun at international (ISO) and local level. The best known is the Post-Quantum Cryptography Standardization project by NIST, the US agency; more than 60 signatures and encryption post-quantum schemes are already submitted to the agency. Two most popular types of post-quantum protection are lattice-based cryptography and error-correction codes, such as IDM solution.

The next move: how to stay alive

IDM Project is run by a group of scientists and entrepreneurs with a deep understanding of the threat to humanity presented by quantum computers. The group has developed a comprehensive solution based on the patented SIZE technology which utilizes a new method of error-correction codes.

The technology has been successfully tested in the Cavendish Laboratory at the University of Cambridge in UK and proofed itself as a part of highly protected cloud storage and exchange service.

IDM service is a project aiming at saving the postquantum future. There would be further steps requiring a joint effort to establish this technology and to develop further applications. The IDM team has started a crowdfunding campaign on June 4th, 2018 on myidm.io website.