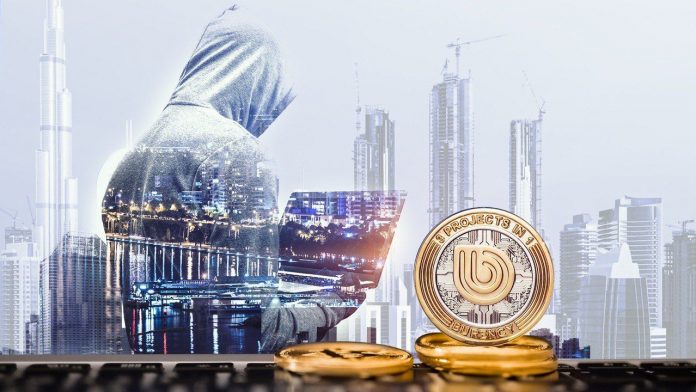 So far, cryptocurrency has garnered a lot of mixed feelings, it can be argued that it has performed below expectations, although it has its highlights such as when Bitcoin hit an all-time high of $19,783.06 in 2017, there have also been cases where users have lost their money to either scam or hacks. Amid all these, it is believed among users and experts that bitcoin will hit $20k USD in the year 2020. Even tech expert, John McAfee, sees bitcoin going as high as $1 million USD in 2020.

According to Statista, worldwide spending on blockchain solutions is expected to grow from 1.5 billion in 2018 to 15.9 billion by 2023. Companies in almost all industries are already seeking to adopt their own private version of blockchain and cryptocurrency as they plan to take advantage of the benefits that come with associating with the blockchain. Although the financial sector accounts for over 60% of the worldwide market value of blockchain in 2018, the technology has rapidly spread to other industries including healthcare and agriculture.

A high number of blockchain startups spring up every year due to increasing interest in the technology and investment funding into these companies have risen from $1 million USD in 2017 to over $1 billion USD in 2019. In a recent survey, it was discovered that nearly 50% of the European based business decision-makers expected blockchain to add to their current business operating models, while 33% are expecting blockchain to totally replace their current business models. ReportLinker also reported research that says that the global blockchain technology market size is expected to reach USD 57,641.3 million by 2025, registering a CAGR of 69.4% from 2019 to 2025.

As a result of these developments, crypto exchanges have seen a tremendous increase in 2019 than in the previous years, as new exchanges have been continuously established to meet up with the ever-increasing demand. Each exchange slightly similar or uniquely different from the previous ones.

What This Means For Exchanges

The trading volume and adoption of exchanges are expected to continue to rise as more mainstream companies adopt blockchain technology and list their various cryptocurrencies on them. Competition from Hybrid exchanges that effectively combine components of both Centralized Exchanges and Decentralized to give its users a perfect blend of both worlds will also cause an increase in the adoption of cryptocurrency and exchanges.

Perhaps the biggest change that has positively affected crypto exchanges is the introduction of Initial Exchange Offering (IEO) that allows blockchain projects to carry out their token sale on exchanges and also sees their token automatically listed on the exchange. This directly causes an increase in liquidity and in the transactional volume of the exchange after the IEO is concluded.

Other Factors That Can Affect The Cryptocurrency Exchanges

It is widely believed that the bitcoin halving – the event where the number of generated Bitcoin rewards per block will be halved (divided by 2) in May of 2020 – will positively affect the price of bitcoin. This will prove to be another positive sign for crypto exchanges as more people will buy and trade BTC and ALTS on the exchanges.

As Q4 of 2019 begins, the world has seen a new trend emerging;  insurance for investors on cryptocurrency exchange platforms. This will definitely be one of the hot topics that will explode very soon and in-turn pave the way forward for crypto exchanges in 2020. Many global incidents that resulted in massive loss of funds and exchange hacks has contributed towards building up this trend that’s fast gaining popularity.

Also, as seen with lots of exchanges this year, the release of exchange coins by exchanges like Binance and KuCoin to name a few has helped in creating liquidity and trading volume on the exchanges which is a great sign that crypto exchanges will thrive.

According to Coindesk, two US Lawmakers have asked the Federal Reserve to consider developing a ‘National Digital Currency’. Given the might of the USA, it is safe to say that their involvement with cryptocurrency will bring the general adoption that will change its fate.

Also, the world’s biggest social media platform, Facebook, announced that it will be launching its own Cryptocurrency, Libra. Although some of its financial partners are said to have backed out, Wall Journal Street reports that Visa, Mastercard, and other Major partners have reconsidered involving with the project. This is also great news for crypto and exchanges as Facebook is known to have the largest amount of users in the world.

Some Of The Crypto Exchanges To Look Out For In 2020

Burency: Burency is one of the world’s first fully insured cryptocurrency exchange with security provided by Lloyd’s of London according to the Nebbbex Protocol, a patent-pending offline custodian wallet that connects assets out of a physical wallet using a smart contract. It is a transparent, convenient,  and regulated exchange for traders, investors and first-time users.

Burency has an R&D and development hub in Dubai which helps enterprises and startups to harness the power of blockchain, helping them solve their immediate problem and also future-proofs their businesses.

Using the Nebbex Solution which is a distinguished solution that gathers between security and liquidity, Burency aims to solve the security breaches that happen due to the disconnect between hot and cold wallets, as moving assets from an exchange to a wallet involves using the internet. The Nebbex Solution allows insured users to store their assets into a third-party insured blockchain-managed physical vault.

Kraken is the first exchange to display its market data on the Bloomberg Terminal and pass a cryptographically verifiable proof-of-reserves audit. Binance and Huobi along with Kraken are one of the first exchanges to offer leveraged margin trading. Binance is also set to launch a new regulated trading platform for US traders in the next year. Zulu trade, eToro, and Darwinex are also quite innovative exchanges and they are among few exchanges that offer copy trading.

Watch out for these exchanges and their new user-centrc initiatives in 2020.