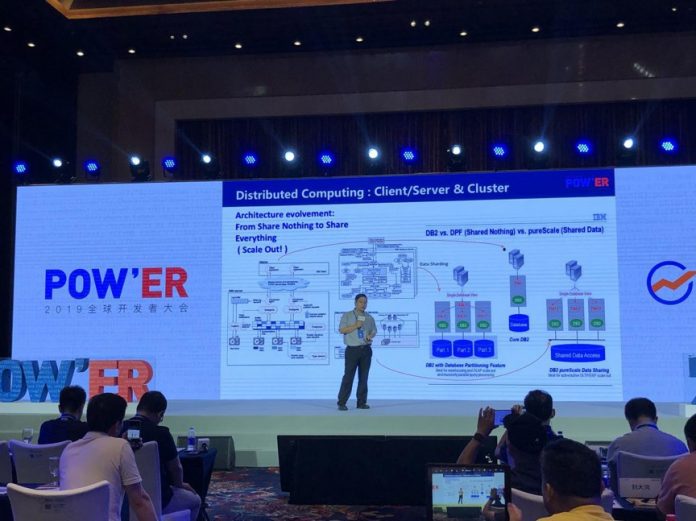 After two days of in-depth discussion from 20th to 21st August, the POW’ER 2019 Global Developers Conference had successfully ended in Beijing, China. In this conference, the topic of the future development trend of blockchain distributed economy has attracted an extensive attention from all of the participants.

The social responsibility of blockchain companies

In the keynote speech in this conference, the founder of Mars Finance and Consensus Laboratory Wang Feng mentioned that “From 2015 to 2019, the job list for people specializing on creating a distributed ledger by using blockchain structure had increased 33 times, ranking first in the emerging work. The orderly increase of blockchain developers will allow the blockchain industry to maintain a strong technical vitality, which will enable blockchain enterprises to make their benign development, and these empowered blockchain enterprises are also obligated to undertake more social responsibilities.”

During the panel discussion on the topic of “Distributed Economy”, the founder of Daily shakes and presenter Chen Cai Gen mentioned that “Currently, under the factors of much uncertainty in macro economy, a large number of small and medium-sized enterprises have problems on financing difficulties, managing its operations as well as selling goods and services. On average, one company falls within every two seconds and the life expectancy of domestic SMEs is basically no more than three years. Although the evolution of E-commerce has helped most of the SMEs in terms of sales, but the customer acquisition cost for those top e-commerce platforms had increased to an amount of 200 RMB individually, meanwhile the rental fees for physical stores has also grown at an average rate of 20%, followed by variety of factors that caused SMEs to struggle.

To address the question on how we can used the distributed economy to solve economies difficulties that SMEs are trapped into, BitCherry Chief Scientist and Chairman of North American Blockchain Foundation Bob Qin expressed that “In the meantime, BitCherry distributed economy produce more differences as compared to traditional distributed economy, of which the most important thing is whereby community had begun to play a greater role. From a technical point of view, the nodes of blockchain have involved into the stage of value creation, and the final value network has changed.

On centralized e-commerce platform, the user database is the most important asset, and the value is realized through layer by layer transformation of user purchases. But in a distributed economy, the source of value-driven is no longer a centralized institution, but a community where the value transfer in the community is also no longer relying on traditional centralized system. For example, BitCherry distributed e-commerce that includes the creation of merchants, consumers, ecology for different roles such as super nodes and platforms, realizing ecological value added by using the models of “consumption and mining” which makes it a fair profit. Expand the power of the community and then create a super e-commerce ecology that eliminates traffic monopoly.

Success or failure is determined by the technical details

In this conference, the founder of Mars Finance and Consensus Laboratory Wang Feng had proposed the top ten trends of 2019 blockchain technology and application. Among them, the high concurrency expansion of blockchains that is using the interoperability to construct a true blockchain network, to protect user’s privacy, followed by increasing the security and technology trends that is common among the participants.

Through the analysis of technological trend, it is not difficult to spot the winning features of BitCherry in technical architecture design. BitCherry Chief Scientist Bob Qin mentioned that “BitCherry is taking care both of the “tradition” and “innovation”, the functions provided by the protocol layers are different as compared to the basic public chain. The protocol layer is used to provide various functions, so that the protocol layer and e-commerce field are deeply integrated. Meanwhile, the corresponding optimization is implemented in the distributed e-commerce application scenario, thereby improving the flexibility of the platform, facilitating upgrade and expansion, thereby ensuring high scalability of the platform. There are several characteristics of the tiered approach. One is to focus on business needs, focusing on safety and fairness rather than completely decentralize, second is to let go of the idea “one chain consumes all”, which is currently unrealistic and advocates vertical public chain. Using the tiered approach to guide, to build the basis for high concurrency of business.

When using the interoperability constructed blockchain networks, BitCherry will eventually be able to access the large data engine, traditional database engine and the cluster, passing the data asynchronously. Real-time data synchronization to the blockchain and through the blockchain data engine, asynchronous value addition, modification, deletion, and verification queries can be performed according to different open APIs of the public chain, thereby realizing asynchronous cross chaining between heterogeneous chains.

Talking about the blockchain technology evolution trend, BitCherry Chief Scientist Bob Qin said “There is a need to look at these issues from distributed computing overall situation. Distributed computing has evolved over the years. Recalling the past, the earliest computing task were completed by a computer, which later evolved into a computing task by multiple computers. When the number of computers in a distributed computing system is increasing, data synchronization is required between computers, and a topological form is required to ensure that the computer cluster works efficiently, and redundancy is also required to ensure the stability of the entire system. In addition, we must ensure the synchronization of the data in these computers and lay the data foundation for the unified decision making of the system.”

There are two aspects driving the transformation of information technology, namely the user requirements and technological breakthroughs. Analyzing from this perspective, the distributed e-commerce represented by BitCherry had comprises both user requirements as well as the driving force arising from blockchain and technological changes. In 2019, with its opportunities seized, BitCherry are destined to rise in a bigger stage.