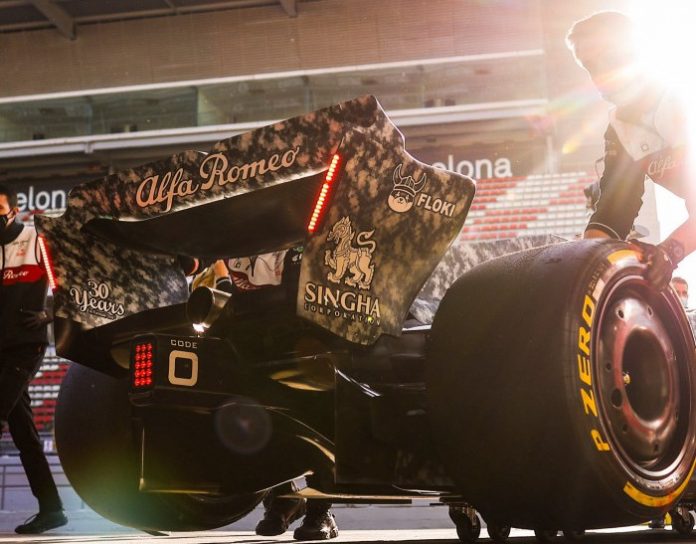 The Floki team’s legendary 2021 marketing campaign changed crypto forever, and the work continues as we race forward in 2022. We’ve already announced two months of television ads in Turkey and the United States, which accelerates our goal of global brand recognition.

The Floki Vikings won’t rest until “Floki” is a household name. The only question is: how quickly can we get there?

Floki Races Ahead, Partnered with Legends

“Floki’s distinctive branding will feature on rear end wing plates of both Alfa Romeo F1 Team ORLEN cars for the full 2022 season. Floki will also be a sponsor of Alfa Romeo’s championship-winning esports team. The partnership continues Floki’s global promotion that has seen the brand being heavily advertised around the world in mainstream media, international transport networks, and with many of the world’s top football clubs including Napoli, Bayer Leverkusen, Spartak Moscow, and Fenerbache.”

Formula 1 is a sport in which only the toughest survive, so it makes sense that a project like Floki – famously defined by legendary comebacks and incomparable community resolve – should make this strategic move.

The timing of this year’s Alfa Romeo car reveal is as follows:

Formula 1 by the Numbers

Here are a few of the many reasons behind Floki’s groundbreaking decision to partner with this legendary Formula 1 team:

Guanyu Zhou is a new, highly anticipated Alfa Romeo team driver from China. His talent will open the Chinese market and attract added attention to the team and Floki. Zhou’s profile will increase dramatically through the course of the season.

For reference, Yao Ming’s basketball career in Texas doubled and then tripled the NBA’s fan base, conquering the Chinese market like no other sport. This connection to Zhou via sponsorship is especially significant for Floki’s marketing aims, as we will reach a Chinese audience where restrictions mean we can’t promote the project with traditional methods.

Netflix’s wildly popular Drive to Survive series has recently opened up Formula 1 to a new demographic. Drive to Survive is the number one show in 27 markets, with an audience of 70% in the 18/34 category.

“Netflix has dropped the March release date for Season 4 of Formula 1: Drive To Survive. The long-awaited fourth season, out on March 11, builds on the success of the first three seasons as cameras once again go behind the scenes to capture the dramatic 2021 championship with a typically unprecedented level of production.”

Floki already trends regularly across social platforms through the power of our rabid community. This move into eSports will only add fuel to the Floki Vikings’ fire.

Floki and the Future of Crypto

This partnership is one of many hotly anticipated moves for Floki, as we develop our flagship play-to-earn game (Valhalla) and work to bring crypto to the masses. Learn more about what moves “the people’s crypto,” including our charitable initiatives, at floki.com.