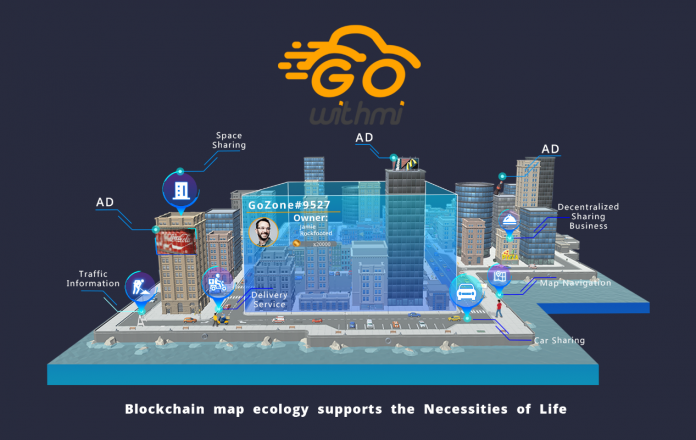 Singapore December 24th, 2018: When you find a new road to go home faster, but the Google map has not been updated for several months, so you can’t find it when you navigate, what should you do? If you are in Indonesia, you can actively report this change in GoWithMi’s 3D map app, and after other people’s “random consensus verification”, you solve not only this problem but also receive the GMAT Token reward.

All real-life vehicles must pass the map location-based service to convert their information in the physical space into their information in the digital space, and then integrate with Internet services. The map service is an unquestioned high-frequency service. According to estimates, Baidu map location service is called more than 80 billion times a day, and Google Maps location-based service is called more than 100 billion times. This “supercenter terminal” map location-based service model has fostered the “data-driven” profit model of the Internet giant, and its roots must be “maximizing the occupy of user privacy and data.” GoWithMi decentralized map is to break the monopoly control of “supercenter”, to create a peer-to-peer map service infrastructure network homologous isomorphism to blockchain, release the freedom of “data and call services”, and change “data-driven” to “equal rights and mutual benefits driven”, and become the infrastructure supporting the economic concept of blockchain equal rights.

It has three core functions: 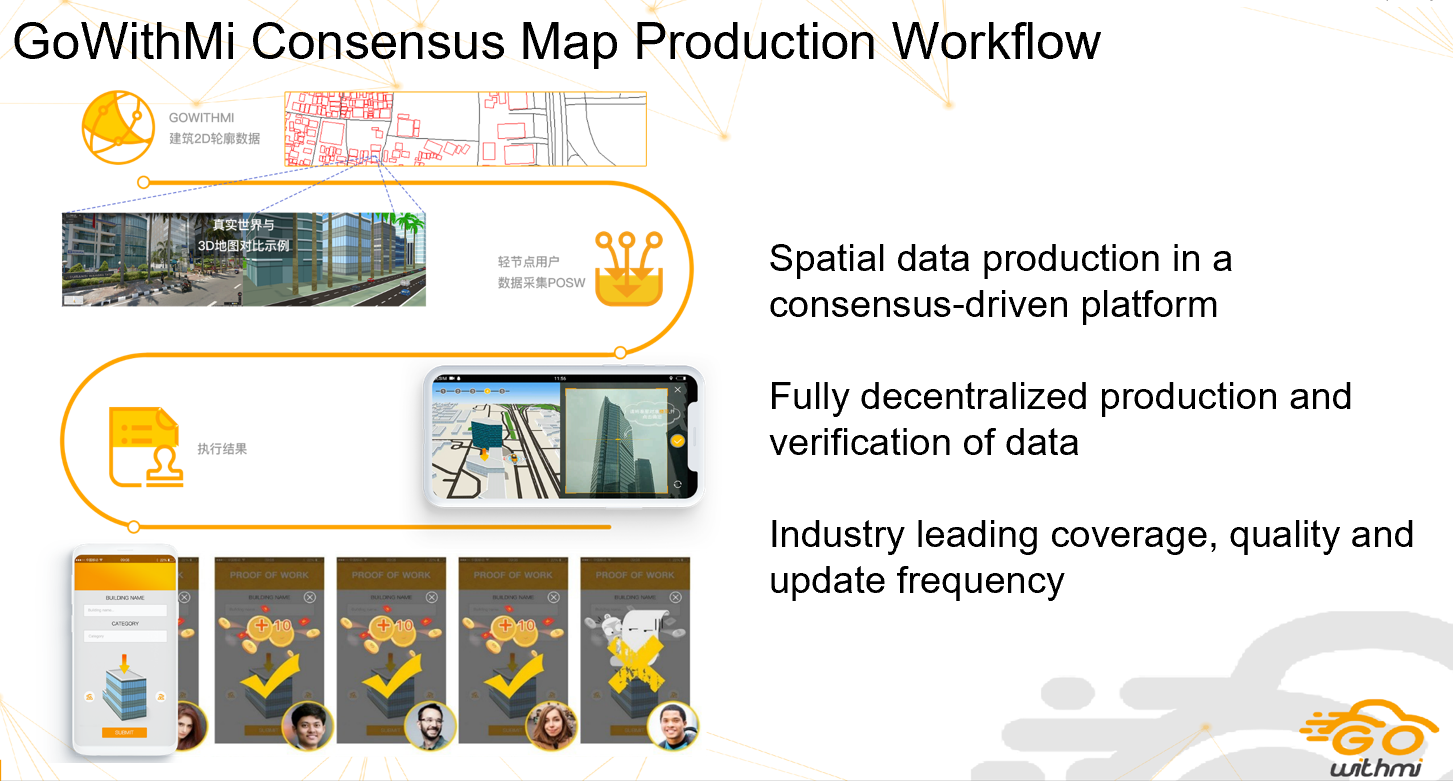 The typical problems of current blockchains in non-financial applications include the contradiction between decentralization and performance, and the credible facts of triggering smart contracts outside the chain. GoWithMi combines location-based service technology and blockchain technology to independently design the spatial computing power main chain network Gaia, with a breakthrough solution on the “impossible triangle” problem and systematically supports the realization of three core functions. Gaia is a “spatial double-chain double-sharding” structure with the following characteristics:

GoWithMi economic system is designed to build a co-constructed and mutual benefits economic ecology. Traditional map applications providers use prizes redeem by points or substances to encourage users to contribute data. In essence, it is a form of salary in which everyone except the company can only get wages instead of value, and the value belongs to the company. Through the designed with economic incentives mechanism, GoWithMi ensures that every user can participate in the positive and negative game to continuously create new value, and the value is based on the anchoring of permanently immutable digital assets, so that every ecology builder can share value.

GMAT is a circulation settlement token in the GoWithMi ecological scenarios. The system has designed six basic scenario roles:

“Our goal is to enable application such as taxi, express delivery, food delivery, room reservation, social networking, and gaming to call by GoWithMi decentralized location-based service, leading the mass deployment of blockchain in the business of clothing, food, housing, and transportation,” said Oliver Li, founder of GoWithMi. In particular, he pointed out that relying on blockchain technology such as decentralized maps; emerging countries can bypass the centralized Internet model and directly move toward to the token economy and distributed business civilization, allowing the 4 billion dividend population directly leap into a new era of commercial evolution, which is also an opportunity for the blockchain to achieve edge breakthrough.

Not afraid of the cold, like splitting bamboo. GoWithMi is based on decentralized location-based service, leads the blockchain into the necessities of life.

Google & Temasek predicts that the scale of the Internet economy in Southeast Asia will increase sevenfold in the next seven years, surpassing $240 billion, and the map service here is weak, which is difficult to meet the upcoming Internet development needs. GoWithMi is using this region as an entry point to seize the opportunity. In April 2018, the first map app was launched in Indonesia. At present, the natural download has reached 1.1 million+, and the daily active users have reached 20,000+. The consensus production data quality has passed the world’s most rigorous automotive pre-installation standard test, entering the global car dealer procurement catalog. GoWithMi will achieve full coverage of 650 million people in Southeast Asia in 2019, gradually cover Africa and South America in 2020, and achieve global coverage in 2022.

The founding team members of GoWithMi are top experts in the field of global geospatial information industry. Founder Oliver Li was the head of Navteq (Here) Asia Pacific, the world’s largest infrastructure map service provider before founding GoWithMi. With over 20 years of global operating experiences and continuous successful entrepreneurship ranging from big data, mobile, and the mapping sectors，He is the only continuous entrepreneur in China’s spatial information industry that was acquired by two A-share listed companies(NavInfo 002405.SZ & Blue Focus 300058.SZ), was praised as the “most reliable and successful entrepreneur” by Manzi Xue, the father of Chinese angel investment.