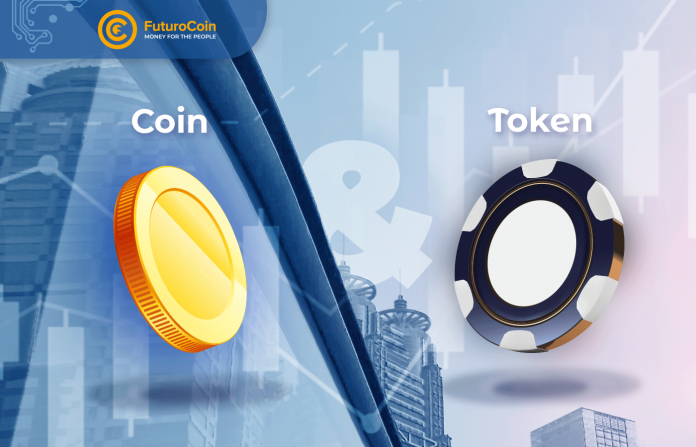 Have you just recently started your adventure with cryptocurrencies? Or maybe you’ve been trying trading for a while but you still feel pretty lost? Don’t worry. In this article, we will help you learn all the differences between tokens and coins. So sit back and get ready for some terminology.

Welcome to the crypto world

If you’re fairly new to the cryptocurrency world, you still might get some of the terminology confused. But don’t worry, everyone has to start at some point. We are here to help you. In this article, you will learn all about tokens and coins and what’s the difference between them.

First, you need to understand that both of those two terms – “coin” and “token” – are the names of units of value transferred through the chain of transactions which form so called blockchain. Usually, their meaning overlaps and they are often used interchangeably. But if we want to be accurate and also to understand all of the terms fully, we need to know that there are, in fact, some differences. And you will learn all about them in just a moment.

Generally speaking, coins are simply means of payment, whereas tokens have some other functionalities as well. It’s like with squares and rectangles, they’re similar, but they have different features, and that’s important. If you want to fully engage yourself into the cryptocurrency world, you need to know the difference and not just the basic knowledge that you’ve heard somewhere by accident.

Coin as a mean of payment

The main purpose of coins is to act like money – the units on our accounts, store the value over time and serve as a medium of transfer. So, let’s get this straight – you can store digital coins in your wallet for a long period of time and nothing will happen to them, just like you would do it with a national currency; dollar or euro. You can also make transfers and purchases with virtual coins, exchanging them with people or buying things.

People need to understand that digital assets are very similar to the ‘normal’ money that has been used over the centuries. They are really not that different. We use PayPal technology and internet transfers all the time nowadays. Why not just use another kind of currency?

Blockchain tokens, on the other hand, do have value as well but they can’t be considered money in quite the same way that coins can. In simple words, a token is like a representation of money while a coin is money itself. Tokens, unlike coins, can be created on existing blockchains. One of the most common blockchain token platforms is Ethereum.

If you still don’t quite understand the way tokens work, let’s explain it using the example of a casino game. The players can’t play using their money – they need to exchange it for tokens when entering a casino. Then, they use the tokens as the representation of their actual funds. Tokens are kind of a replacement for the ‘real’ money in this scenario.

Cryptocurrency tokens offer their holders many various functionalities, other than just storing value. They enable, for example, voting or using a certain platform. They also allow people to develop some new projects because they work as a blockchain foundation for doing so. Obviously, there are a few kinds of tokens. What’s important, is the dependence of tokens on the blockchain they’ve been created on. For example, if the token was created on Ethereum, the creator will need to spend some Ether (the coin) to validate every future token transaction.

So, in conclusion, the main difference between a coin and a token is that the first one has its own blockchain while the latter is built on top of an existing one. Coins are considered to be the basic means of payment, while tokens also offer other functionalities. Every coin is different though, and they do have some interesting features as well. Some are widely known, while others are a little bit more inclusive but instead offer fast transactions and big gains – like FuturoCoin.

Now, while some inexperienced people may still confuse these two terms, you will know the difference. It’s essential to understand the technologies you engage in, because if you know how something works, it’s easier for you to use it wisely and benefit from it.

You should check our Social Media to be up-to-date: