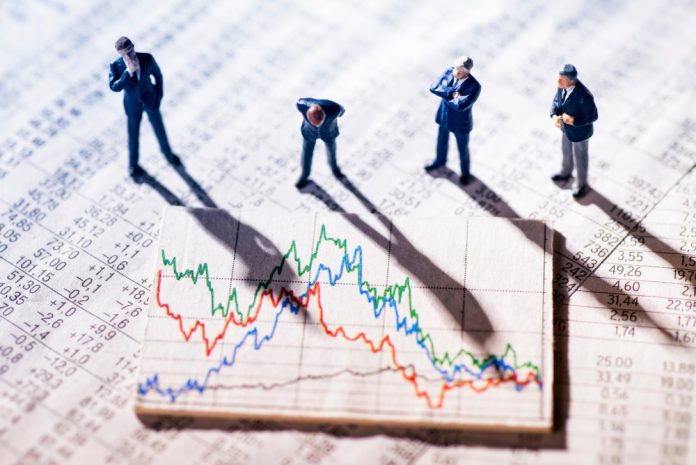 It has been a very turbulent night for Bitcoin and all of the alternative markets available today. With all markets losing as much as 10% of their value in quick succession, everyone is looking for a reason as to what happened. It appears there are a few interesting developments which can all influence the way these markets are moving. There is always much more to this industry compared to what is seen on the surface.

For quite some time now, a lot of cryptocurrency enthusiasts have claimed there is something amiss with Bitfinex and Tether. Both entities are suspected or artificially influencing the Bitcoin price, either for better or worse. These developments would then, in turn, affect all of the alternative markets as well, as they derive value from Bitcoin. In a new announcement, Bitfinex has scored a minor victory in terms of its legal proceedings. The New York Supreme Court agreed the injunction against Bitfinex was vague and overbroad. Because of this decision, both Bitfinex and Tether can continue their business as normal without any hindrances.

However, there are always two sides to every story. As part of the proceedings yesterday, it seems Tether’s reserves can no longer be loaned to Bitfinex. Nor can Tether distribute funds from its reserves to its employees, executives, or anyone else who is not on the normal list of recipients. This new measure will remain in place for 90 days but will seemingly not cause any real problems. In fact, Tether seems more than happy with the new decision.  A very interesting situation well worth keeping an eye on.

Ever since ICOs have gone out of fashion, numerous companies have tried to raise funds through an STO, or Security Token Offering. While that model can be successful in many different ways, it is evident not everyone will be successful. Blockport, a company specializing in letting users buy Bitcoin with Euros, attempted to raise 1 million euro to keep its business moving forward.

Since the cap was not reached, all investors will be reimbursed and no BPS tokens will be distributed. This also means the company needs to scale down significantly, and Blockport will be taken offline in late May of 2019.  Although the company may restart in the future, the future remains somewhat unclear at this time. Users will be able to withdraw their funds accordingly, although further details will be provided over the coming weeks.

It has been an eventful week for the Bitcoin Cash community. Following some positive price moment, one would expect this ecosystem to note some big growth accordingly. A new hard for this week has caused a fair few problems. Especially the Prohashing mining pool saw an influx of orphaned blocks. Since no solution has been offered since, the company removed mining support through the Bitcoin Cash ABC Client. Instead, they now switched to Bitcoin Unlimited Cash. This doesn’t mean BCH support has been dropped altogether, but it is a peculiar development regardless.

According to @el33th4xor, the two orphaned blocks related to yesterday's Bitcoin Cash fork are a "temporary hiccup." When you are dealing with so much money, mistakes cost jobs and change lives. We decided to stop mining with @Bitcoin_ABC as a result.

The correlation between Bitcoin’s value and rising transaction fees has always caused some controversial discussions. This past week, the average transaction fee for Bitcoin has more than quadrupled for no apparent reason. It is unlikely this would cause a major selloff, yet one has to keep in mind this is not a positive development. As it becomes more expensive to send Bitcoin across the network, there may be more people looking to cash out and wait for a lower entry point.

While potentially completely unrelated to the current overall market trend, Binance has allowed withdrawals for most tokens once again. After this week’s maintenance, the exchange is now slowly resuming its services which were halted after the recent security breach. It is possible this increase in withdrawals may have caused some liquidity gaps across the order books, although no major changes have been identified at this time.

Withdrawals are open for most tokens, the balance will be open shortly.

A new requirement to be logged in while confirming the withdrawal mail was added. It caused a small conflict while using the app so it will be rolled back shortly.

Poloniex Cracks Down on Potential Securities

It has been coming for quite some time now, but ICO tokens which could be labeled as securities are slowly coming under pressure. Even if the tokens are listed on exchanges already, they might not remain accessible to US users for much longer. Poloniex decided to halt the trading of 9 potential securities to US customers. That list includes Augur’s REP, OMNI, DCR, GAME, NEO’s GAS, Lisk, NXT, ARDR, and BCN. Some interesting choices which can trigger a lot of volatility for the markets above. Any US customer holding a balance of said coins will be able to withdraw the assets come May 29th.