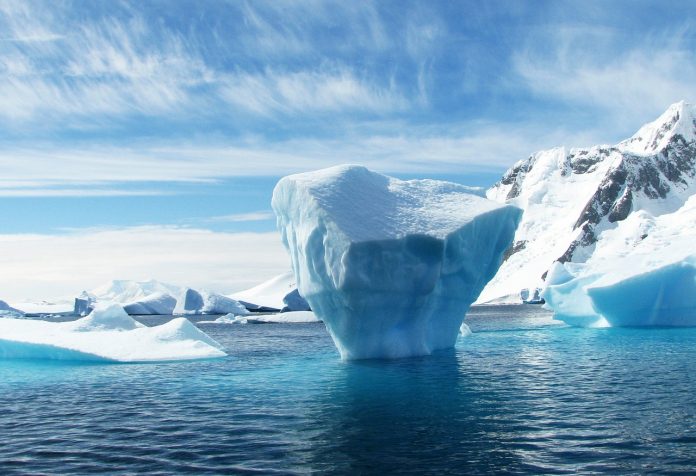 Our planet’s geology can tell tales of what happened in the past. Rock formations confirm our planet looked very different thousands of years ago. The glaciers in Antarctica also tell their own tale. A new study confirms they still release radioactive material from nuclear weapons tests conducted in the 1950s. After nearly 60 years, that process shows no signs of slowing down.

During the Cold War, there have been numerous nuclear weapons tests all over the world. In most cases, they have been conducted in remote areas where no humans or animals would be impacted directly. The testing that took place in Antarctica has made its mark on the local population, both humanoid and animal. The glaciers of the frozen region are still releasing radioactive chlorine-36 after nearly sixty years. This material is the byproduct of extensive nuclear testing affecting this region so many years ago.

It is important to note how chlorine-36 is a naturally forming radioactive isotope. Its presence in Antarctica is not surprising when looking at it from that angle. Two main methods for producing this isotope exist today. It can be formed when argon gas reacts with cosmic rays in the planet’s atmosphere. Another approach is to have it produced during nuclear explosions as neutrons interact with chlorine in saltwater.

During the 1950s and 1960s, the United States conducted numerous nuclear weapons tests in the Pacific region. As a result of those supervised tests, a large amount of chlorine-36 was produced. While the isotopes successfully reached the stratosphere, the material then traveled to all corners of the globe. Some of the material ended up in Antarctica, where it is still present today.

Scientists originally expected this radioactive material to slowly fade away as the ice sheets of Antarctica melted and formed again. That is clearly not the case. In fact, Antarctica continues to release this radioactive material into the atmosphere. Further research has confirmed that there is still a noticeable amount of manmade chlorine-36 present in the ice sheets today.

These findings are significant for multiple reasons. Chlorine-36 is often used to date ice and objects embedded in ice. Now that the earlier findings and assumptions regarding the dissipation of this material have been proven incorrect, further study should provide more accurate ice dating techniques. Secondly, this new information can provide new insights as to how the planet’s climate has evolved over time. For humans and animals in the Antarctic region, this material should not have any threatening consequences at this time.

Even though the findings have not identified an immediate threat they should not be ignored. The most intriguing aspect is how the material is spreading from both the surface of the snowpacks, as well as their depths. The mobility of chlorine-36 has been vastly underestimated, by the look of things. To further analyze these finds, scientists will drill for an ancient ice core in the Vostok region of Antarctica. Information obtained from that procedure could help explain how this manmade nuclear material has built up in snowpacks all over the world.