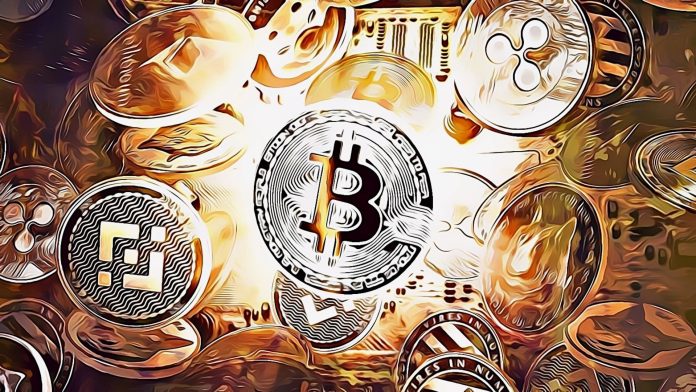 This week’s trading in cryptocurrency markets has been sideways as Bitcoin and Ethereum have remained near $20k and $1.3k, respectively. The market capitalization of all cryptocurrencies is currently $960 billion, barely changing over the last day. The market has held support this week and is probably gathering steam for a potential bull run next week.

Bitcoin’s somewhat positive price movement this week is attributed, in part, to reports that the Federal Reserve may be easing off on its fight against inflation as the economy cools. The economy appears to be exhibiting signs of recovery, which could encourage the Fed to refrain from raising interest rates this month after boosting them month after month.

It is not surprising that Bitcoin is trading over the $20k level, given the strong momentum displayed by the stock market.

According to data from Santiment, A total of 46,173 BTC have been added back to addresses holding 100 to 10,000 $BTC since September 27th as significant $USDT holdings have decreased.

🐳 #Bitcoin whales are showing signs of sustained accumulation, which has been a rarity in 2022. Since September 27th, addresses holding 100 to 10k $BTC have collectively added back 46,173 BTC back to their wallets as large $USDT holdings have dropped. https://t.co/v6oUduVux1 pic.twitter.com/8JGDC0g5a9

Additionally, the fear and greed index for Bitcoin is up five points from yesterday to 25, which is good news. The market is still in extreme fear, but it hasn’t fallen as far as it did the previous week when it was hovering around 20 points.

Federal regulators are on the hunt for Ethereum as the SEC gets ready to rule on whether ETH counts as a security. The SEC asserted that because the majority of Ethereum’s validators are located in the United States, ETH falls under their jurisdiction and qualifies as a security in a recent filing made against crypto celebrity Ian Balina.

If crypto assets meet the requirements, the SEC added a special office for them that will launch enforcement actions against promoters and businesses that may be held accountable for selling or marketing securities.

The SEC’s fine for Kim Kardashian, who had to pay more than $1.2 million for a promotional Instagram post that omitted to disclose how much the firm, EthereumMax, paid her, was actually the big news this week.

Since the number of irate investors is at its maximum during bear markets, regulators frequently enact harsh measures. Cryptocurrency markets are cyclical, though, and those who invest in cryptocurrencies must at least partially bear responsibility for the risk they take. In light of the fact that cryptocurrency markets are not yet regulated like regular stock markets, there will be far greater volatility and price changes.

It’s recommended to stay away from cryptocurrency investments if you’re not willing to take the risk of significant portfolio devaluations. Try regular stock markets instead, which offer investors much more safety and options if things don’t work out.