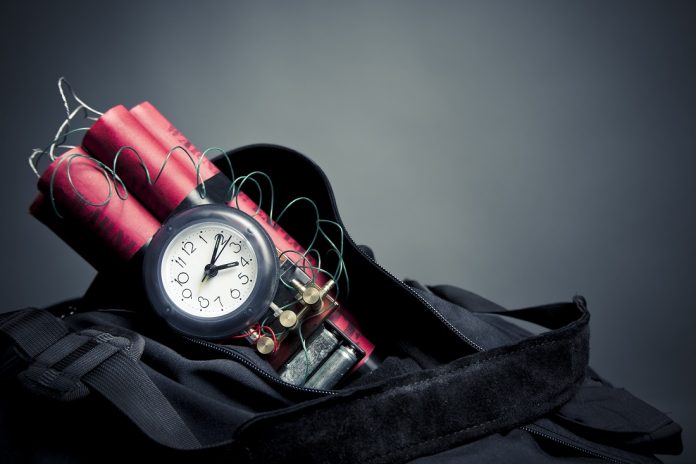 There have been numerous reports of a series of emails that have been sent to various businesses and establishments in the US asking for $20,000 in Bitcoin or else a bomb will be detonated in the building.

Further reports indicate that the emails were sent to victims in Canada and New Zealand as well. This has caused multiple evacuations of schools and hospitals as a precaution. The good news is, police are saying the threat is without merit. Oklahoma City Police tweeted: “No credible threat found at this point”

We're working a number of bomb threat calls in OKC. There have been similar threats called into several locations around the country. No credible threat found at this point. We encourage the public to continue to be vigilant and call with anything suspicious.

It seems that the emails have been sent to hundreds of different locations across the country. It doesn’t seem the email are targeting anybody in particular which is a good thing. Furthermore, it’s not clear whether or not anybody has paid the ransom as most businesses have notified the police instead.

Multiple sources have published the email, which seems to be a similar copy. Here is an example of the email, published by Cedar Rapids Police Department:

“Subject: Do not waste your time

Hello. My man hid an explosive device (Hexogen) in the building where your business is conducted. My mercenary assembled the explosive device according to my guide. It has small dimensions and it is covered up very carefully, it is impossible to damage the building structure by my bomb, but in the case of its detonation there will be many victims.
My recruited person keeps the area under the control. If any unusual behavioror cop is noticed he will power the bomb.
I can call off my man if you make a transfer. 20.000 dollars is the cost for your life and business. Pay it to me in BTC and I warrant that I will withdraw my man and the device won’t detonate. But do not try to cheat- my guarantee will become valid only after 3 confirmations in blockchain network.

You must solve problems with the transaction by the end of the workday, if you are late with the money the device will detonate.
Nothing personal this is just a business, if you don’t transfer me the bitcoins and a bomb explodes, next time other companies will send me more money, because this is not a one-time action.
For my safety, I will no longer log into this email. I check my address every forty min and if I receive the payment I will order my person to get away.

If the explosive device detonates and the authorities see this letter:
We are not terrorists and dont assume any liability for explosions in other places.”

It seems the Bitcoin address is unique to each victim, which is a common tactic used by cyber criminals these days. Unfortunately, it makes it harder for police to track the flow of coins since they would have to get a hold of each individual who paid the ransom in order to check the unique address.

The emails sparked a nationwide investigation into the matter and even got the involvement of the FBI, who issued a statement on twitter regarding the matter:

FBI statement on recent bomb threats made across the country: pic.twitter.com/lOXnwtBZqB

Due to the major attention that these emails received, it seems more likely than not that victims won’t pay the ransom. Instead, the scammers have painted a huge target on their back. No arrests have been made as of right now.

Bitcoin extortion scams have become more prevalent over the years since Bitcoin’s price shot up in value. Last year, an exchange analyst was kidnapped and luckily freed after paying a hefty Bitcoin ransom of US$1,000,000.