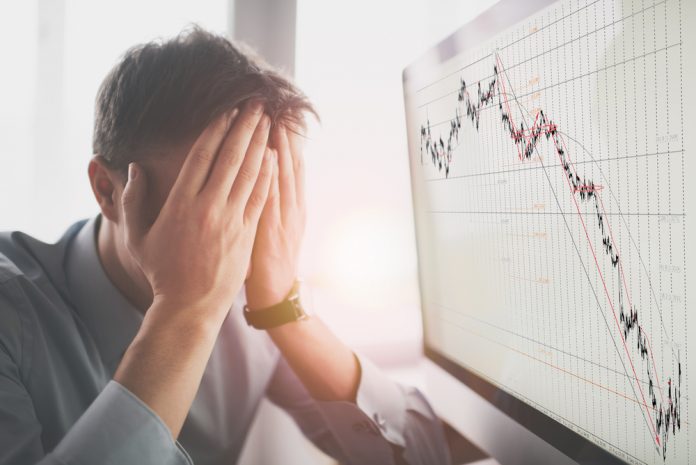 When bitcoin and other cryptos started rallying on April 2, the cryptoverse was predictably excited. The industry had been extremely slow since November last year. Bitcoin hit $5,000 for the first time in over four months, with some other cryptos registering even higher gains. It wasn’t long before some analysts started drawing parallels between the current turnaround and the 2017 crypto boom.

However, according to one tech analyst, we shouldn’t be too excited just yet. In fact, we may have to wait for some 22 years before we finally get back to 2017 record high.

Kevin Dennean believes that the crypto community is getting carried away with recent gains. Dennean is the top tech analyst at UBS, the biggest bank in Switzerland with assets totalling over $1 trillion. In a recent research note to investors, he compared stated, “The argument here is that bitcoin has gone through its bubble phase and is ready to rise phoenix-like from the ashes just as other assets and indices did in the past.”

BTC’s journey is similar to previous bubbles such as the Dow Jones in the Great Depression and the Dotcom bubble, he went on. While most of the other industries eventually recovered, it was after a long period of time. Dennean especially likened BTC’s journey to the Dow Jones. If bitcoin follows a similar path to Dow Jones after the 1929 depression, we may have to wait for 22 years to recover to all-time-highs.

Return to ATH Not Guaranteed

Dennean further sounded a warning that the return to the top isn’t guaranteed. In all the other bubbles he cited, all but one lost at least 75 percent of their values. However, not all of them recovered to previous high levels. He stated:

“Maybe crypto-bull contingents should consider what happens after the bubble–not every bubble that bursts recovers the old highs.

And to compound on the crypto industry’s concerns, CoinMetrics believes that the recent comeback was orchestrated by a solitary actor. The research and analytics firm stated on its Twitter page:

Our theory is that a single committed actor went long and traded in a manner that maximized price impact. The movement in price started at 04:30 UTC time, the point in the day where global liquidity is at a minimum.

The supposed actor traded in a manner designed to “trigger stop losses and force a short squeeze through liquidations of margin positions and short future positions.”

The price turnaround took place on April 2, with CoinMetrics tracing HitBTC as the genesis of the entire price movement. After the supposed actor made large trades on HitBTC, the firm then observed similar trades on Coinbase and then Bitfinex. CoinMetrics could not, however, rule out the possibility of wash trading at HitBTC, with the exchange having been one of those implicated by a recent report on fake trading volume.

Here's a fuller history of those three exchanges pic.twitter.com/j3KJxtr60h

If this is true, then the implications are huge. For one, it shows just how susceptible the industry is to manipulation. While this time the manipulator had good intentions, there’s no guarantee that this will always be the case. The next time the actor decides to singlehandedly determine the market movement, he might decide to go short, leading to a massive market crash.