At press time, the father of cryptocurrency is trading for roughly $5,128. This is roughly where it stood during our previous price piece.

The news is something of a two-sided coin. While it’s not great to see bitcoin remain perfectly still over a weeklong period, it’s nice to see that there have been no new price drops added to the books. 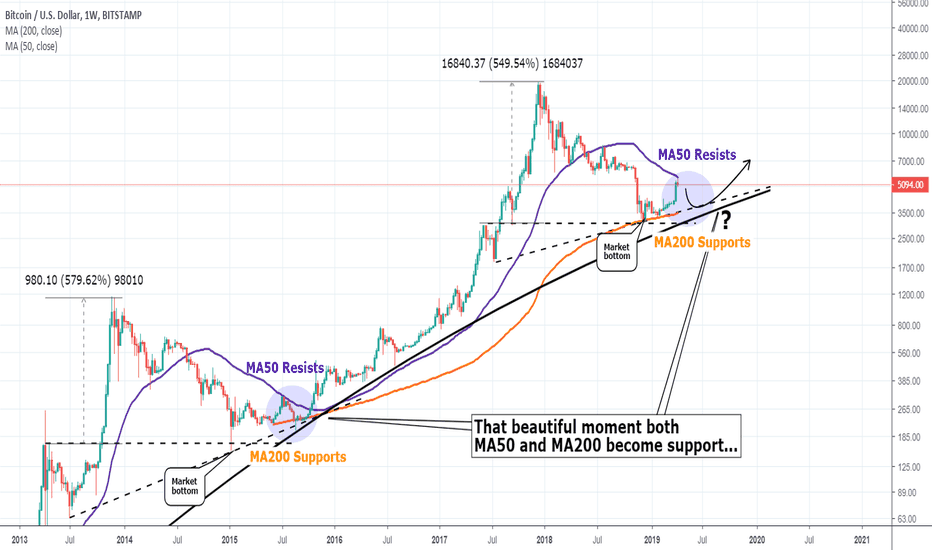 Bitcoin has proven very sensitive over the past year-and-a-half. We all remember the currency reaching $20,000 in December of 2017. Many believed this would be the new “norm” for bitcoin and competing cryptocurrencies. Other digital assets – ranging from bitcoin cash, to Ethereum to Litecoin – were all exploding alongside bitcoin, but the good fortune didn’t last long.

Beginning in 2018, cryptocurrencies began a steady trip “downwind” that saw them lose roughly 80 to 90 percent of their prices by the year’s final months. Bitcoin, for example, fell to the mid-$3,000 range by the time Thanksgiving rolled along, while Ethereum – once trading for $1,400 – was down to less than $100.

These past few weeks have proven very important for bitcoin and other cryptocurrencies. Bitcoin, the digital daddy, has spiked beyond the $5,000 mark. This is a jump of roughly 20 percent since last November. For the most part, the currency has managed to sustain this momentum and keep its present price up, and many analysts are continuing to debate what may have caused such a powerful surge.

One thing is the rapid trading on cryptocurrency exchange BitMEX, which occurred in early April. Trading surged by roughly 15 percent in just a few hours, which led neighboring crypto exchanges on a path of competition. Discrepancy regarding bitcoin’s price led other trading platforms to push the price of bitcoin to encourage traders – both old and new – into purchasing it.

Over time, the competition surging on these platforms initially spread to exchanges throughout the globe, and thus, bitcoin had no choice but to meet present expectations. To do that, it had to surge in price on its own. Thus far, it has managed to stay in this frame of mind.

Another reason? The currency’s biggest rival – arguably bitcoin SV – is being targeted by industry leaders such as Changpeng Zhao, chief executive of Binance. Bitcoin SV is what is believed to have caused bitcoin’s drops in November 2018. The currency was the result of a hard fork endured by bitcoin’s baby brother bitcoin cash – a fork that pitted many experts against each other.

Zhao recently claimed that his exchange would delist bitcoin SV granted they followed Craig Wright, who claims to be the elusive Satoshi Nakamoto – the alleged creator of bitcoin. Such a blow to its biggest competitor may be giving bitcoin the confidence boost it needs to satisfy customer’s price wants.