At press time, the father of cryptocurrency has dropped by roughly $100 since our last price piece and is now trading for just over $6,200.

The currency has been trapped in a serious slump for several weeks, where the trading range appears locked between $6,200 and $6,300. Some analysts – like Victor Dergunov – are referring to this period as “the calm before the storm,” as they expect bitcoin’s price to fly through the roof in the coming months. 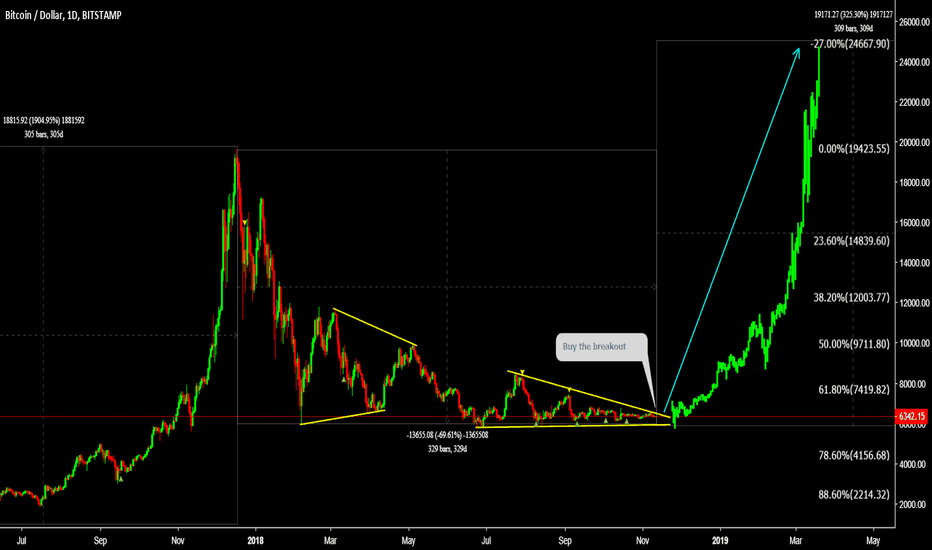 “This is not the first time that bitcoin has seen calm waters. We’ve ween similar periods of market volatility and humble price swings. Primarily, similar low volatility phenomenon has occurred in the very late stages of bitcoin bear markets [whereby prices fall as investors sell]. Everyone seemingly loses interest, volume dries up, news flow quiets down, and then, when you least expect it, the next bitcoin bull market begins [whereby prices rise as investors buy].”

However, not every analyst is a bitcoin bull as of late. Others – like blockchain technology expert Ian McLeod – state that the big gains will not be witnessed by bitcoin, but by its leading competitor Ethereum.

In a recent interview, McLeod asserts:

“We can expect bitcoin to lose 50 percent of its cryptocurrency market share to Ethereum, its nearest rival, within five years. Ethereum is already light years ahead of bitcoin in everything but price, and this gap will become increasingly apparent as more and more investors jump into crypto.”

What has been interesting is bitcoin’s alleged “record-low volatility.” One of the biggest problems in the cryptocurrency space is the volatility one often witnesses amongst bitcoin and its crypto-cousins. Prices can swing low just as soon as they can swing up. This has made several institutional investors think twice about formally entering the cryptocurrency space, and the arena has failed to attain the legitimacy everyone thinks it deserves.

However, bitcoin has been experiencing new lows in its volatility levels over the past month. This is likely why the currency has failed to move beyond the $6,500 mark or even the $6,300 mark for some time, though in truth, this isn’t the lowest level of volatility bitcoin has experienced. The strongest one occurred in late 2016 – just before the currency struck $1,000. From then on, bitcoin underwent a massive price rally that brought it close to $20,000 within 12 months.

Granted bitcoin follows the same behavior, Dergunov’s words may have a string of truth to them.

Craig Erlam – senior market analyst at Oanda – says that bitcoin is following the same pattern it did during 2016, which means that while a breakout is likely, it’s hard to know when it will occur:

“It’s hard to have a major thought on it as each day, it’s a carbon copy of the last. If we see a breakout, it could attract momentum, but we’ve been wondering when it will come for a while, now.”