At press time, the father of cryptocurrencies hasn’t moved from its previous position, and is still trading for approximately $6,100. It’s disappointing in the sense that everyone wants bitcoin’s price to spike, but it’s also a positive sign that bitcoin is not dropping any further… At least for now. 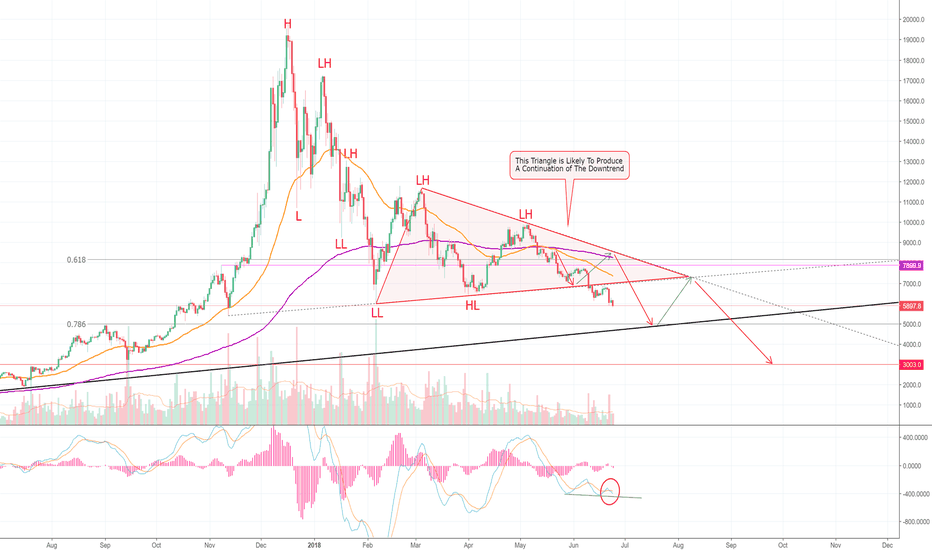 Forbes contributor Peter Tchir attributes bitcoin’s price drop to a lack of interest in the coin. Intrigue has ultimately “melted” over the past few months, and he says adoption rates are very low.

“To a large extent, bitcoin has lost its way,” he exclaims. “Very few believe it to be an efficient means of buying or selling anything.”

He mentions that interest in the coin about a year ago was simply teetering on curiosity. Six months ago, people were “desperate” for information, though now, he claims everyone has seemingly moved onto other things. In addition, he says initial coin offerings (ICOs) have come under intense scrutiny over the past few months, and that as the currency becomes more mainstream, its decentralized nature is beginning to lessen, allowing the government to step in and take control when warranted.

If bitcoin is going to regain people’s trust and excitement, Tchir says it needs to assert its “value proposition.”

“What it is worth over time is a function of what value it provides its users and owners, and I, for one, am struggling to see the benefits of re-entering the market,” he explains. “For several years, many pundits, including myself, have discussed the possibility that a cryptocurrency could fulfill all the promise of digital money, but that it wouldn’t be one of the first generation ‘coins.’ Maybe it is time for one of the new cryptocurrencies to step up and take the lead – to show a clear path to the promise digital money holds.”

Not everyone agrees. Brian Kelly – CEO and founder of the financial firm BKCM, LLC – is one of bitcoin’s biggest proponents. He says bitcoin “is not dead,” and says the present drop in the currency’s price is “not unusual.”

“This is not the funeral for bitcoin whatsoever,” he confidently states. “Let’s put this in perspective. Do you know where we were a year ago? $2,500.”

It’s true – approximately 12 months ago, bitcoin was trading for less than $3,000, which means it has more than doubled by today’s standards. However, one can’t help but remember that December of last year brought about a bitcoin high of roughly $19,500, which means the currency has lost some 60 percent of its total value in about six months.

Still, Kelly isn’t letting this get to him, and says the currency’s future – which has been marred what he calls “overvalued” ICOs and exchange hacks – is just as strong as ever.

“Bear markets, we don’t know where they end,” he comments. “It doesn’t mean that bitcoin can’t go lower, but this is by no means the funeral for bitcoin. When we start to declare a funeral and things get horrible, sentiment is approaching the lows, so hopefully we’ll use that funeral bug to say, ‘Hey, you know what? That was near the lows.’”