At press time, the father of cryptocurrency is up by roughly $200 and is trading for about $6,515. It appears the currency isn’t as vulnerable as originally thought, and still has some fight left in its gut.

According to one source, bitcoin’s volatility is at its lowest point in almost two years. A near three-month long bitcoin price squeeze may be nearing its end following a long period of lagging direction and bearish activity, and not since late June/early July has the volatility been this weakened. 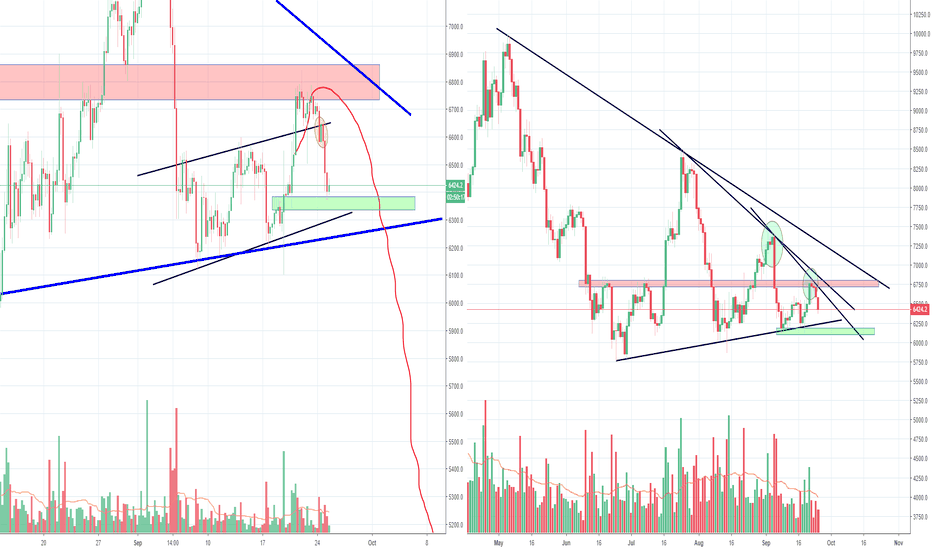 However, it’s important to mention that when this occurs, it usually means the currency is preparing itself for a massive move in either direction. In other words, bitcoin could be in for a wild upswing or a drop into oblivion.

Furthermore, present resistance stands at $6,900. Granted this resistance is broken, we could see bitcoin begin an ascent back towards its July high of $8,500, whereas if the coin is unable to handle itself, we may see volatility increase and the currency take a dive towards its June low of nearly $5,700. As for now, the currency remains trapped in a bearish cloud, and it may take a few days to clear.

Per another source, bitcoin has moved past several barricades since it reached $6,700 around last Thursday. The uptrend was ultimately cut short two days ago after the currency dropped back down to $6,300. Thankfully, key support lies at $6,400, which the currency has surpassed at this stage, but for things to continue, the bulls need to find support above $6,500 for bitcoin to grace the $6,600 range.

It is probable that bitcoin will experience further stops at both $6,550 and $6,583. However, things are likely to move in the bulls’ favor granted $6,500 continues to hold. If it falls, $6,450 will be the next support target. The source seems to believe that bitcoin is following in the steps of Ripple’s XRP, which is presently up by nearly seven percent after surpassing the 50-cent mark.

As the third-largest cryptocurrency by market cap, Ripple garnered its latest price following news that the CoinField exchange was looking to launch XRP as its base digital asset. Previously, the coin had been trading for less than 30 cents, but it shot up into the 70-cent range. At the time of this writing, it is trading for approximately 55 cents.