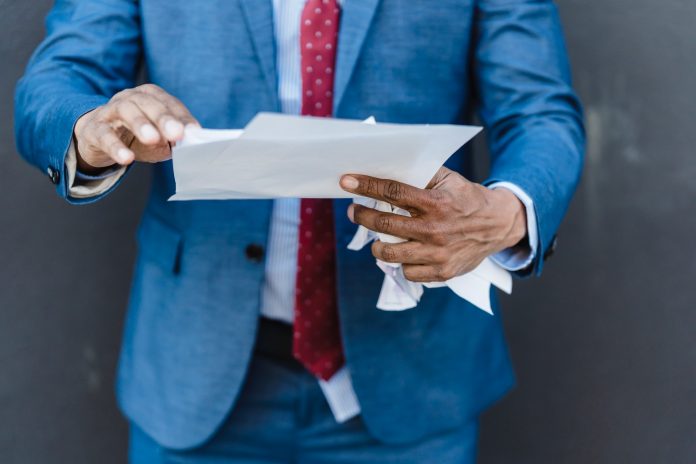 Investors in Bitcoin have already made their fortunes, but for those who never bought in, becoming a Bitcoin whistleblower could be the next best thing.

Just over a week ago, the Commodity Futures Trading Commission (CFTC) paid out $200 million to a whistleblower who reported Deutsche Bank for manipulating LIBOR. If you’re wondering why the CFTC is handing out hundreds of millions of dollars, it’s because the CFTC runs a whistleblower reward program that allows people to submit information on legal violations in return for 10-30% of any fine the CFTC collects. A similar program is run by the Securities and Exchange Commission (SEC) and the IRS. With the CFTC and the SEC competing to regulate the crypto market, and the IRS chasing Bitcoin holders for tax, the stage is set for Bitcoin whistleblowers to potentially make their fortunes.

The CFTC operates a whistleblower reward program for anyone who reports fraud or manipulative trading of “commodities.” Luckily, the CFTC considers Bitcoin, and many other cryptocurrencies, to be a “commodity.” If you have information about fraudulent sales or trading of Bitcoin, you might be eligible for a CFTC whistleblower award if you report the information. There are some important eligibility requirements, the key one being that you submit “original information” that leads to a fine of at least $1 million.

What Is “Original Information”?

Why Report to the CFTC?

While the CFTC whistleblower rewards program has been less active than other programs, that is likely to change as the CFTC steps up its crypto-regulation efforts. One benefit of the CFTC program is that it allows you to anonymously report if you provide your information through an attorney. The program is also attractive for Bitcoin whistleblowers because the CFTC has shown an active interest in pursuing companies for legal violations involving Bitcoin. For example, in August 2021, the CFTC fined BitMEX $100 million for trading Bitcoin and Bitcoin-related products without any Anti-Money Laundering (AML) or Know-Your-Customer (KYC) requirements. If a whistleblower reported that violation to the CFTC through the rewards program, the whistleblower could be in line to receive up to $30 million.

In the race to regulate Bitcoin, the SEC isn’t doing so well. The SEC regulates “securities,” and it has already stated that it doesn’t consider Bitcoin to be a “security.”  However, all is not lost for the SEC program. Firstly, the SEC is seeking more authority from Congress to regulate cryptocurrencies, and this could include Bitcoin in the near future. Secondly, even though Bitcoin is not a “security,” the SEC is still able to regulate Bitcoin exchanges and investment schemes that relate to Bitcoin, such as Ponzi schemes. Similar to the CFTC program, the SEC also requires “original information” that leads to a fine of at least $1 million, and they offer 10-30% of the fine as a reward.

Why Report to the SEC?

The SEC has one of the most active enforcement divisions which is very important for whistleblower awards. The SEC also has the highest average whistleblower payout, which is just over $4 million. In addition, the SEC has been bringing charges for Bitcoin fraud since 2013, when the SEC charged Trendon Shavers for defrauding investors with a Bitcoin-based Ponzi scheme. Mr. Shavers conned investors out of 700,000 Bitcoin, which recently would have been worth a whopping $40 billion dollars. (In case you’re wondering, that would have placed Mr. Shavers just behind Michael Dell and Jack Ma on the world’s richest person list.  Instead Mr. Shavers pled guilty to Securities Fraud and was sentenced to 18 months in prison).

While the SEC has a stronger enforcement division than the CFTC, the scope of their Bitcoin regulation is somewhat limited. That said, there is no prohibition on reporting to both the SEC and CFTC whistleblower programs, and this is likely the most prudent course of action for Bitcoin whistleblowers.

Unlike the CFTC and SEC programs which focus on catching fraudsters, the IRS whistleblower program focuses on tax evasion, making it an ugly sister to comparatively glamorous CFTC and SEC programs. As the IRS considers cryptocurrency to be just like property, any sale of Bitcoin is going to be subject to taxation, making it an ideal hunting ground for Bitcoin whistleblowers.  The IRS program is also the most contentious, as many people don’t agree with the idea that individuals should get rewarded for reporting tax-dodgers.

Why Report to the IRS?

The IRS runs a solid whistleblower rewards program. Much like the SEC and CFTC, the IRS offers whistleblowers 15-30% of any fines collected, provided the whistleblower provides original information which leads to a fine of at least $2 million. (Unsurprisingly, if you get an award, the IRS will withhold tax on it). The primary benefit of the IRS program is that it allows you to report tax evasion, which ordinary people are more likely to encounter than high-level fraud schemes. The IRS has also publicly stated that it wants to expand its efforts to tax crypto-currencies, as undeclared crypto gains have been a target of the IRS for some time.

Unfortunately, most tips submitted to the whistleblower rewards programs are not investigated by the authorities. This is due in part to poorly drafted submissions that make no effort to link the facts to a legal violation the regulator can pursue. Many tipsters simply dump information in the submission with a punchline of “this is fraud.” The submission has to convince the regulator to assign an investigative team and spend resources investigating your submission. To do this, you have to clearly show how the facts of the “fraud” demonstrate a legal violation that the regulator can investigate and prove in court.

The most important advice a whistleblower can get is: Always be honest. While the potential rewards can dazzle people, each whistleblower program requires you to submit information that is true and correct to the best of your knowledge. If you lie or exaggerate your claim, you not only risk losing your award, but you could also lose your anonymity and face prosecution for misleading federal authorities.

The best way to keep on top of both of these issues is to speak with an experienced attorney. If you don’t submit your information correctly, or miss a filing deadline, you could lose your award. Most whistleblower attorneys offer free consultations and work on contingency, so we encourage everyone to speak to one if they think they have a claim. Also, whistleblower programs only pay out the first person to provide information, so it’s important to act quickly before someone else with the same information takes your award by submitting it before you.

In the last ten years the SEC has paid out over $1 billion to whistleblowers and it’s likely that just a few of those payouts related to cryptocurrency or Bitcoin. That should change as Bitcoin enforcement levels catch up with Bitcoin fraud, and in the next ten years, we could see the fortunes of Bitcoin whistleblowers catch up with Bitcoin investors.

John Joy is the Managing Attorney and founder of FTI Law, a law firm that specializes in representing crypto whistleblowers. John is a New York whistleblower attorney who has worked for almost a decade on financial crime and corruption cases around the globe. Prior to founding FTI Law, John worked at an elite international law firm in New York and London representing clients in multi-national investigations before the DOJ, SEC, FINRA, FCA & SFO. John is one of the few whistleblower attorneys with extensive international experience working with Fortune 500 corporations who are often the subject of whistleblower complaints. When investigating cryptocurrency fraud, John and FTI Law work with Elementus, the first “Who’s Who” of crypto entities on the blockchain and institutional-grade crypto forensic solution. Providing regulators with expert analysis and the means to follow the money is the key to a strong crypto whistleblower submission.