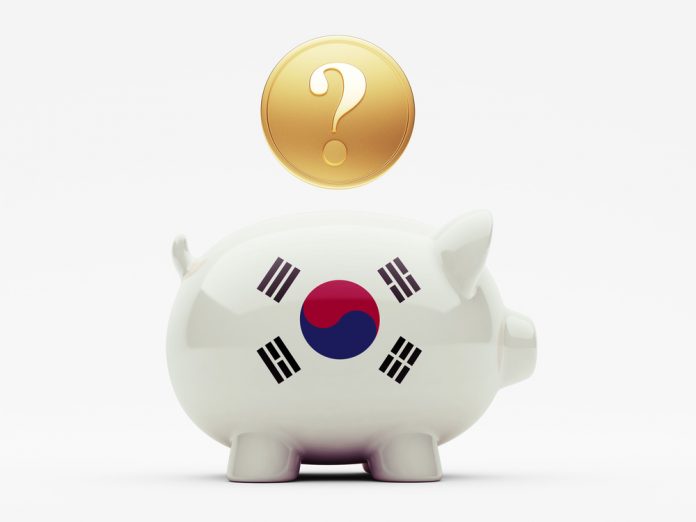 One of the most controversial topics in the crypto industry, taxation, has yet to be settled by regulators. The industry has been kept guessing what policies regulators will eventually agree on, and with different regions and countries having very different outlooks on cryptocurrency, there is no telling what laws to anticipate. The South Korean crypto industry is one of the more advanced ones and accounts for a huge chunk of the daily trading volume, with Korean exchanges Upbit and Bithumb being among the biggest globally. However, just as with many other countries, South Korea’s crypto taxation policy is still a bit ambiguous, and recent reports from local media have done little to ameliorate this uncertainty.

The South Korean government plans to treat earnings from cryptocurrencies as income and will charge a 10 percent tax on the same. This is according to one local publication which quoted a senior government official. According to the official, whose identity wasn’t disclosed, the issue is no longer whether crypto earnings should be taxed but when the taxation should begin. The government intends to come up with a revised tax bill which would incorporate the changes and give traders a one-year grace period.

The official went on to reveal that implementing taxation for the crypto industry was something the government had intended to do since cryptos’ prices rose to dizzying heights in 2017. Since digital currencies could not be classified as investment or financial products, the government had categorized related earnings as “other income.” He also noted that regardless of the amount held, the tax rate would be fixed at 10 percent. This notwithstanding, the concerned government agencies are still grappling with the classification of cryptocurrencies, and it will take a while before comprehensive regulatory frameworks are put in place.

However, just a few hours after that report was published, another report surfaced on the popular Korean media outlet Business Korea, claiming that the country’s Ministry of Strategy and Finance had denied any intention to impose a 10 percent tax on crypto earnings. According to the publication’s source at the ministry, the government is still conducting research on the nascent industry, and until it’s fully satisfied with its understanding of it, no taxation policies will be implemented. The Korean government has even sent some of its representatives to other countries whose crypto industries are more advanced in order to research what policies could be applicable in South Korea. If and when the government implements taxation on crypto earnings, it will work with crypto exchanges to come up with a comprehensive policy. This would, therefore, take quite some time before seeing the light of day.

The US Treasury has recently indicated that it’ll soon provide guidance on crypto taxation, with a senior official at the Treasury’s Office of Tax Policy saying that the government will focus on the most pressing issues. According to the official, there are way too many issues in the crypto industry that need clarification and guidance, and the government is not in a position to handle them all. Instead, it will focus on the most pressing issues. For now, the crypto industry should refer to Notice 2014-21, which states that digital currencies are to be treated as property for federal taxation purposes. The guidance in place at the moment was issued in 2014, when some of the issues present today were unheard of and thus not accounted for. They include hard forks as well as the role of taxes in the context of ICOs.