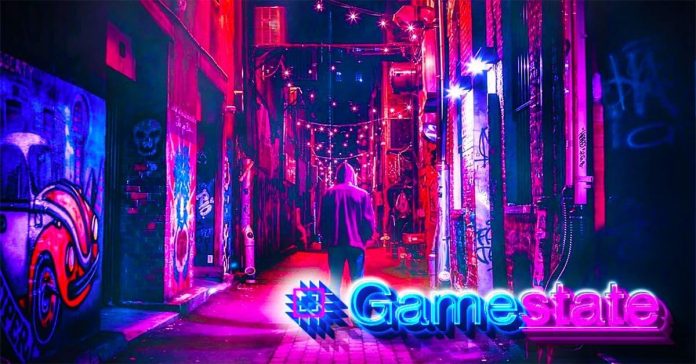 The genre of cyberpunk can be traced primarily to two authors whose imagination and world-building were the spark that led to a fun and fascinating genre of literature, movies, and gaming.

The first is Philip K. Dick. 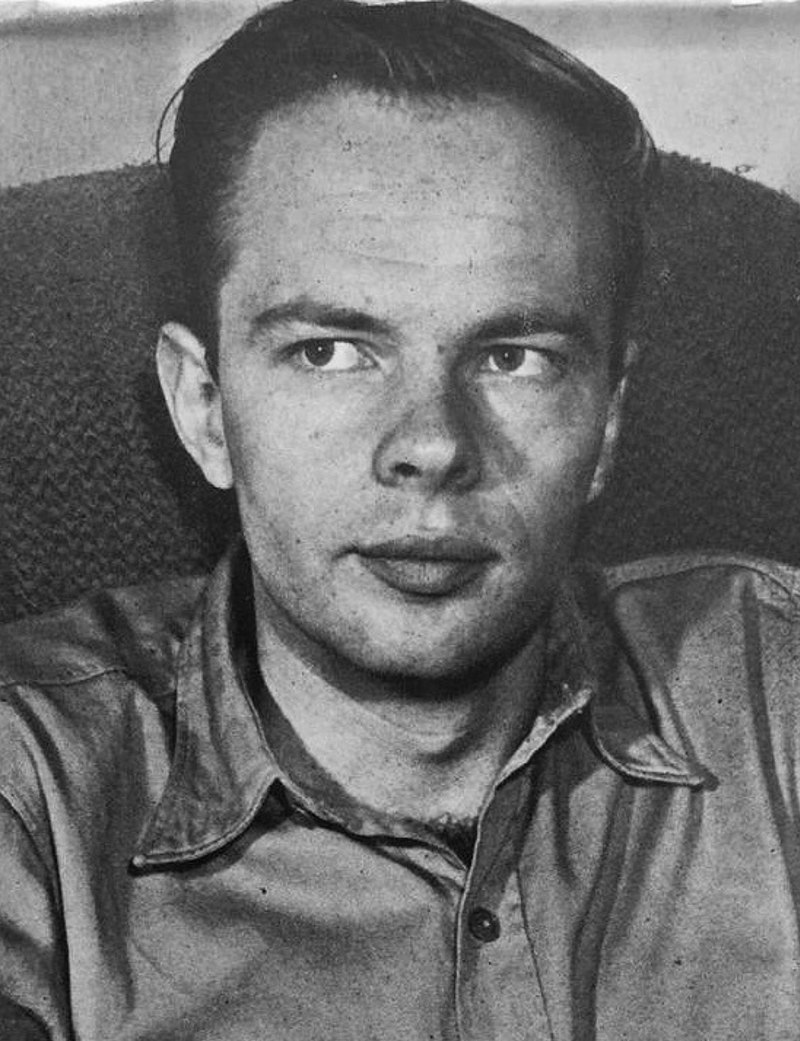 In 1962 Dick wrote Do Androids Dream of Electric Sheep? This work is better known as Bladerunner, renamed when it was adapted into the 1982 Ridley Scott film starring Harrison Ford. In this work, Dick wrote about a dystopian future where artificial intelligence is so advanced, it is impossible to distinguish between an android and a human. In the case of the protagonist Decker, he is a police officer who hunts renegade androids. What he doesn’t know is that he’s an android himself. Ask yourself, are you really you? How do you know?

The work is not only interesting for its futuristic aspects, but it also contains many existential themes. What is the definition of consciousness? What does it mean to be human? What is reality? Dick explores these topics with transparent vulnerability given that he had a history of mental illness which eventually led to him passing away in 1982 at the too-young age of 53 just before Bladerunner was released in theaters.

Dick’s works continue to get adapted into film and television. Some notable works based on his writings are Minority Report, The Man in the High Castle, A Scanner Darkly, Total Recall, and The Adjustment Bureau.

The second author is William Gibson. 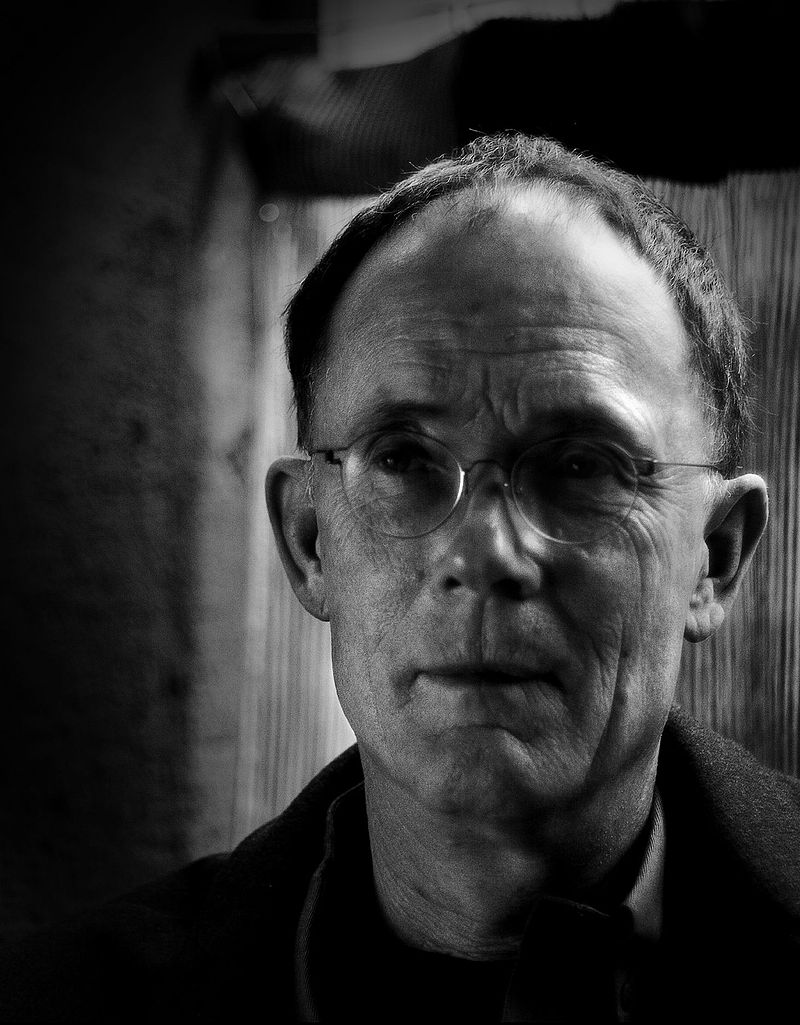 Gibson wrote the highly influential Sprawl Trilogy in the 1980’s which consists of Neuromancer, Count Zero, and Monalisa Overdrive. These three books have widely been credited for creating the Cyberpunk Genre where he coined many terms we use today to refer to computers and the internet. The most notable is Cyberspace.

Gibson’s works are also dystopian in nature with thematic descriptions of all-powerful corporations and unlikely heroes. The works are noir and explore a near-future universe and the effects of technology and cybernetics.

His works are also grittily written from the perspective of people in poverty situations. These characters can see the dramatic difference between their reality and the one that’s depicted in advertisements. It is obvious to them that there is an unbridgeable gap between the haves and the have-nots.

These characters are reduced to eating foods we would consider substandard or barely edible while sleeping in coffin hotels where for a low price they get a place to sleep and nothing more. Some coffin hotels are more private than others, but all tend to be dens of iniquity ridden with drugs and prostitution.

In their struggles, these characters see a way out of the misery that plagues the majority of humanity. They dangerously peruse these opportunities with the understanding that they are better off dead than to trudge through their pitiable existence.

Neuromancer is scheduled to be adapted into film which has only been made possible now that special effects have caught up with Gibson’s vision.

Tabletop games have always been the precursor to video games, and Cyberpunk is no exception. The most notable tabletop game is Shadowrun. 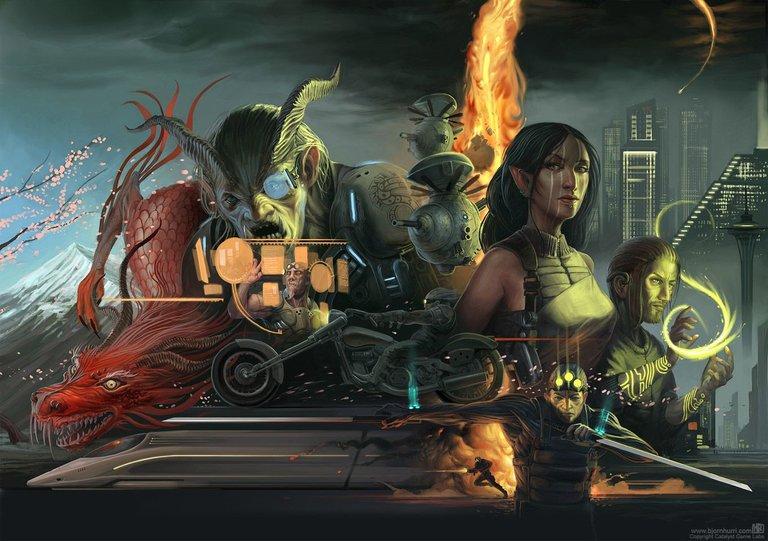 Shadowrun largely took elements from Dick and Gibson’s work, but also from many other sources.

Shadowrun is set in a near-future universe that blends magic and technology. Like other tabletop role-playing games, you can make the story what you want. But the themes of technology run amok, corporations with too much power, a corrupt government, and the integration of technology into the human mind, body, and spirit are prominent and influence any campaign.

In the year 2012 when the Mayan calendar ended, magical energy was released on the world transforming parts of humanity into metahumans. These metahumans are elves, orcs, trolls, centaurs, you name it.

Some humans and metahumans can perform magic but it’s a rare gift. Those that can’t, can buy a leg up with cybernetic enhancements which are installed in their bodies. But the enhancements don’t come cheap and neither does an installation surgery. Like today cash is king. But in 2055 it’s not Dollars or Euros, it’s Nuyen.

Those that choose to not work for the corporations work in the shadows and earn their Nuyen by going on “Runs” where they are essentially mercenaries. Typical runs are wetwork, extraction, data and property theft, blackmail, and intimidation. But runners need to be skeptical because sometimes a patron isn’t who they say they are. But the drek is worth the alternative of being some corporate shill wage-slave.

Just one more thing chummer. If you decide to run in the shadows, never make a deal with a dragon and don’t glitch out.

Video game adaptations of the cyberpunk genre have had mixed results given the limitations of the medium. Some early attempts were the Tron arcade game and Syndicate for the personal computer. 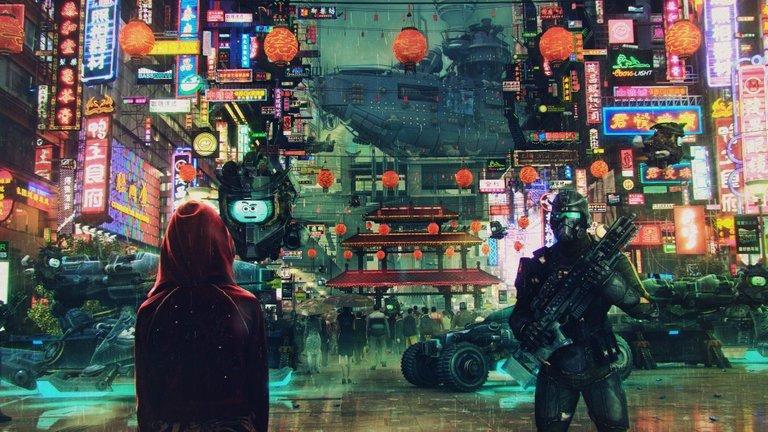 However technical limitations never stopped people from attempting to create virtual worlds. Cyberpunk 2077 is the best attempt to date showcasing a world as Dick and Gibson imagined it.

These new visions allow us to exercise our imaginations, speculate on the future, and have our own electric dreams.

We are on the precipice of a new reality where the analog and the digital, the actual and the virtual will be irreversibly blended together. Where the line defining what is human and non-human will be blurred to the point where a new understanding of what life is will need to occur.

A new cyberpunk-themed environment, Gamestate is a new manifestation of this vision; interconnecting unlimited metaverses, and blockchains into a culmination of what is dubbed, the “megaverse” – a massively multiplayer online meeting place for gamers to explore, play-2-earn and socialise in the ultimate form of incentivised escapism!

Don’t be left out and witness history happen in real-time!