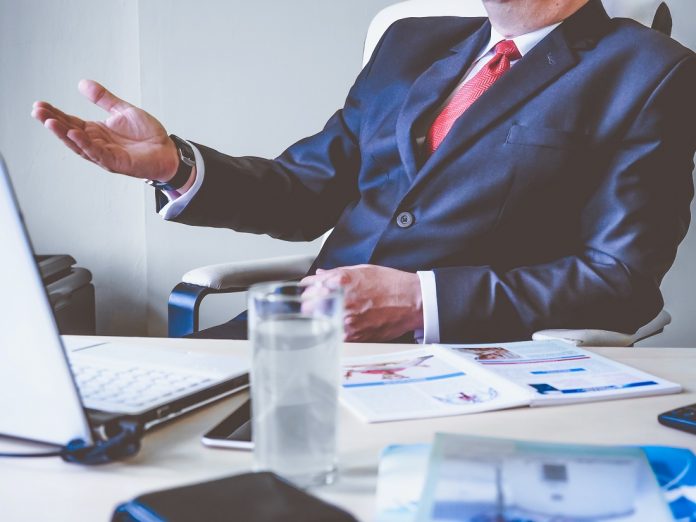 If you’ve been following cryptocurrency news the past week, then you must have heard of the Florida Localbitcoins trader who is now facing felony charges for money laundering and running an illegal money service business. Initially, all charges were dropped against him when the judge claimed Bitcoin didn’t quality as money, however during an appeal the Third District Court overturned the previous ruling. As such, the trader will not face a trial by jury for the two felony charges.

I got a chance to speak with two attorneys from Carlton Fields’ digital currency and blockchain group – Senior Counsel Justin Wales and Senior Counsel Matt Kohen. We asked them a few questions not only regarding the recent case, but about various aspects relating to cryptocurrency, ICOs and regulation. Here is a summary of our conversation:

Matt: We have worked with an array of clients. Regulatory finance to mergers. We work with established Fortune 500 companies. From an ICO perspective, yes we have worked with issuers in the past. We have a robust security practice, not withstanding the blockchain. We take all the positions we think the law requires. We have seen a bit of everything and done a bit of everything.

Mark: Have you seen a shift from ICOs to STOs due to comments put out by the SEC?

Matt: The activity has been curtailed in the US after the SEC said they would check it out. We think it is something you can do as long as you are compliant. We are seeing STOs are  starting to pick up but the cost savings for tokenizing is coming up.

Mark: Are utility tokens considered securities by the SEC?

Matt: I think many are securities, they fit into the definition of an investment contract per the relevant law. Some I do not think so though. While not fool proof, you can operate outside the securities law.

Mark: If the tokens give you a share of the company’s profits, I do not think that necessarily acts as a security.

Matt: Perhaps not, it depends on how it is sold. You could turn a lot of things into a security depending on how you sell it. Like condos or an orange grove. A coupon could even be determined by the court or SEC to be a security. It is possible though to make a token that does not fall into that definition.

Mark: Do you mind moving into the Miami ruling? The IRS does not categorize bitcoin as a currency, but the courts categorize it as a currency and say you cant trade it over the counter without a license? It seems as if every branch of the government calls it something different to benefit their own ways.

Matt: In the US we have a patchwork of regulations that is federal and state. The confusion you are highlighting is something we are all experiencing, even lawyers. Depending how you view them, it looks like something different to every agency. IRS can look at it as property like a gold bar. SEC gets to say we have a different view. Then you have state regulators who think a digital asset is a commodity or currency. It is tough waters to navigate. This opinion doesn’t help make this more clear.

Mark: Do you think bitcoin should be classified like simple international currency?

Justin: It is a difficult question. Often times, regulations are reactive. Regulators are reacting to maybe cryptocurrency is being used in different ways. This is in order to prevent perceived dangers. Espinoza said the plain language of the act does not require a third-party. Facts in front of them is allegedly Espinoza was committing money laundering through cryptocurrency. The question of whether all crypto should be considered currency, is not the point. What needs to happen is a discussion about the implications and determine how it should be treated. It will require regulators all over the country to become familiar with the technology. I would caution regulators not to treat all technology in a monotheistic way.

Mark: Now we have all of these anonymous currencies, lots of diversity now.

Matt: To add, the possibility is open that these things could change in their lifecycle. SEC hints that Ethereum may have been a security at one point, but it no longer is.

Justin: To a hammer, everything is a nail. One of the potential issues is we have securities regulators viewing through a lifetime of experience looking at securities. CFTC is doing the same thing. State and money transmission officers doing the same thing. Tax regulators who do not know what to think of it, look at is as property because it does not look like money. Regulators need to spend more time with a holistic view of what these are.

Mark: US values regulation a lot. Do you guys have any experience how other countries are handling this?

Justin: Every regulatory agency in every country is struggling to come up with a solution. Some countries are viewing it as an opportunity and making relaxed regulatory rules. In others, regulations are based on a country’s various concerns.

Mark: With these regulations US is essentially hindering opportunity and people will have to go overseas to do it.

Justin: I do not agree with that. The laws in the US and other countries are very territorial. It doesn’t matter where you are, it matters where you send it into. No amount of leaving the US will change the regulators from regulating. In many instances, the reason people are leaving is to avoid taxes or getting around something they shouldn’t be doing in the first place.

Mark: So if a US citizen decides to do OTC transactions out of the country would they still be breaking the law?

Justin: We have all sorts of rules. It depends on who you are providing these services to. It would be difficult in any country if you did OTC to North Koreans. Depends who you are interacting with and what purpose.

Matt: Premise of the question is flawed. If you are trading securities OTC, you could get in hot water. If it is a currency and neither have anti-laundering laws, still could be subject. If you are selling fire arms on the moon to a terrorist you can be in trouble. The folks who do a good job and work on educating legislators will be most successful.

Justin: We have spoken to regulators in every state in the US at the federal level. We have not found a hostility towards crypto, but a lack of understanding. We have seen a lot of fraud and they want to prevent fraud. It does not stifle innovation.

Mark: It’s extremely expensive and cumbersome to obtain Money Service Business licenses in each state. What if Espinoza only obtained the federal FINCEN license, would he have gotten off easier?

Justin: The premise of the question is not correct. In order to apply, you have to have compliance protocols in place to operate a money service business. I disagree it is always long or extensive to get the license. Especially if you have compliance programs in place. At a state level, I don’t know if it would have impacted the judge’s decision, my guess is that it wouldn’t have.

Mark: It went through a few circuits right?

Justin: Charges were brought against him in state circuit court in FL. The judge had two questions in front of her. The judge said he could not have been guilty of money laundering because bitcoin is not money. Like poker chips you buy at a store then put value on it. Then it went to a court of appeals that said you can be guilty of money laundering because bitcoin is used as currency. The case will go back to the trial court to see if he is factually guilty. Thus far, it has been an intellectual question.

Mark: Does it set precedent to other states?

Justin: I think the way we use precedence is different than how you would. A lawyer would say this case is binding for other courts in Florida, and persuasive to other states. It is an important case and one the courts across the country will look at and consider.

Mark: What would you recommend for someone looking to do OTC trading in the states?

Justin: Hire a lawyer and have them look at if they can operate in whatever jurisdiction they are in. A big part of our practice is helping determine what extent they need to be regulated.

I would like to thank Justin and Matt again for taking the time to speak with NullTX about these pressing issues. If you guys have any questions about this feel free to leave them in the comment section below and I will forward them to Justin and Matt.

Image(s): Photo by energepic.com from Pexels.com