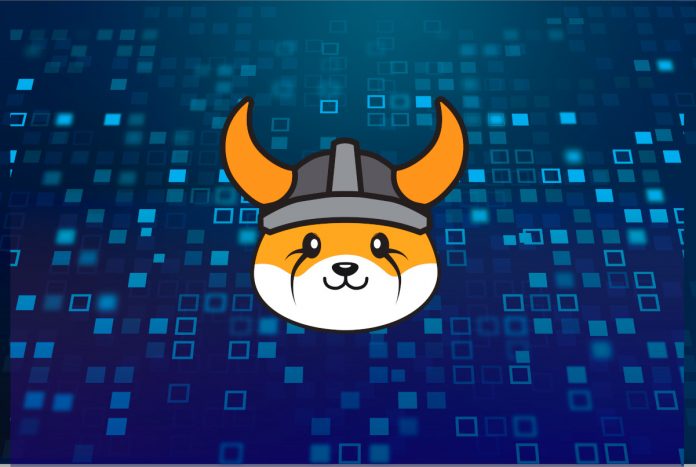 Floki is styled as “the people’s cryptocurrency.” The community of “Floki Vikings” is renowned for its passion and presence on social media. The Floki project, less than a year old, rocked the crypto world in 2021 with one of the most aggressive and widely discussed real-world marketing campaigns the young industry has seen to date.

In fact, Floki made such a splash in London that a UK advertising watchdog intervened and put the first London campaign under intense scrutiny. Much was made of a “ban” on the advertisement, and a widely publicized smear campaign misrepresented the nature of the campaign and project.

“In a sense this second London campaign is an even bigger win for Floki and the crypto industry as a whole than the first, as our team has fought for the right to advertise our groundbreaking project to the public. We look forward to many more campaigns like this, both in London and globally.”

Floki returns to the City

Since the first London campaign in 2021, Floki has developed into a renowned crypto powerhouse, regularly topping charts for social metrics and user activity in the meme and metaverse crypto space, even as crypto weathers a choppy market in 2022.

Now with the most hotly anticipated play-to-earn game (Valhalla) under development for an anticipated potential release this year, Floki returns to London with an ad campaign sure to turn heads and renew interest in the project.

The new London campaign begins April 25th, 2022, runs for up to four weeks, and will feature:

The Floki ecosystem features Valhalla’s play-to-earn game, an anticipated Floki University education platform, notable charitable giving, and utility through DeFi. The London campaign raises awareness of the project and makes a bold statement that the Floki Team will not be deterred from getting the word out about the Floki movement in the face of regulatory adversity.

“We continue to build the Floki ecosystem for the future of our investors. We would rather not involve ourselves in politics. If regulators want a fight, to them, we simply say: ‘we would rather educate and teach you as they do in one of the schools we’re helping to build in underprivileged nations.’ Some wanted us banned here entirely, and the anti-crypto agenda continues to come thick and fast through smear campaigns and misinformation. The Floki Team will always stand our ground no matter what. This new London campaign will be a win for Floki and all of crypto.”
– Sabre, Director of Marketing (Floki)

You can learn more about Floki’s play-to-earn game Valhalla at valhalla.game. The project can be found at floki.com and on Twitter.