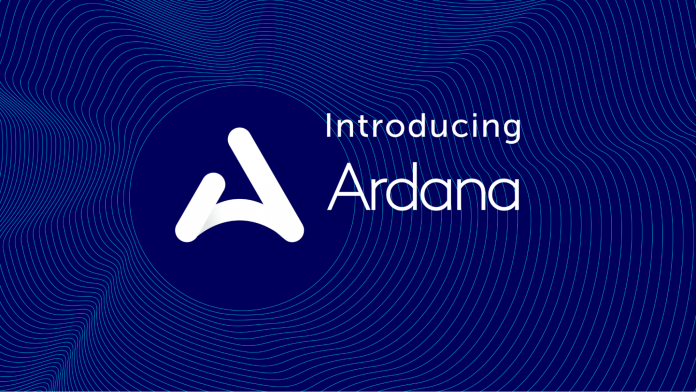 Cardano is a third-generation, Proof-of-Stake blockchain that addresses the prominent scalability and environmental issues present in first and second-generation blockchains, such as Bitcoin and Ethereum. It recently hit major milestone developments and launched its blockchain, allowing dApps to finally build on and leverage its full capabilities.

Some of the flagship features Cardano offers are its extremely low transaction fees, high throughput, unprecedented scalability, and its reduced carbon footprint.  Ardana is a brand new project built on Cardano that allows capital to seamlessly enter the ecosystem, providing a new use case and elevating the use and promise of stablecoins on one of the most promising blockchains on the market.

Ardana is an asset-backed stablecoin protocol and a DEX (decentralized exchange) built on the Cardano blockchain. Ardana supports on-chain Cardano native assets, which can be swapped and traded via its DEX, including efficient transactions between stablecoins.The project’s core team is made up of Fintech and blockchain veterans from companies such as Barclays, Microsoft, Apple, and Cardano, bringing a wealth of industry knowledge and experience to the table.

Its  ecosystem is composed of two main products. The first is the Ardana dUSD stablecoin, which is pegged 1:1 with the US Dollar and backed by on-chain ADA tokens as collateral. The second product is Danaswap, which is its advanced DEX where users can seamlessly preform high-speed swaps between stablecoins and other stable assets using multi-asset liquidity pools.

Ardana is building a DeFi ecosystem that pushes the boundaries of any current blokchain-based environment. It’s delivering a version of DeFi that’s accessible to everyone, from multinational corporations to people residing in underbanked areas. The protocol is being touted as Cardano’s version of MakerDAO.

Ardana has also announced a wide breadth of partnerships with several companies and blockchain firms, such as  Elrond, Liquid, Coti Network, and Platonic Systems.

Taking a closer look at Ardana, three components make up the core of its ecosystem. These are its native token ($DANA), stablecoin (dUSD), and Danaswap.

Let’s take a closer look at each component and the purpose they serve:

Ardana’s native token is $DANA, which is crucial to the empowerment of the Ardana ecosystem and network. The token acts as a governance mechanism, allowing holders to vote on important decisions that impact the project’s future. Token holders can also provide liquidity by depositing $DANA into multiple liquidity pools, supporting and upholding the Ardana ecosystem. The total supply of $DANA is 125,000,000.

The dUSD stablecoin allows users to transact on the Ardana ecosystem without being exposed to volatility or high fees. dUSD is a decentralized collateral-backed stablecoin pegged to the US Dollar and issued as a Cardano-native token.

The dUSD stablecoin is easy to generate and use. Users can receive dUSD as rewards by depositing collateral into Ardana vaults through smart contracts, also known as CDPs (Collateralized Debt Positions). Once the collateral is added to the vault, dUSD enters circulation, allowing users to access liquidity. dUSD can also be acquired through exchanges or brokers, and even received as payment. Once acquired, the token can be used to make payments, purchase goods, or store as savings.

dUSD is backed by excess collateral, which means that the collateral value is higher than the dUSD stablecoin. All dUSD transactions and debt are publicly visible, thanks to the Cardano blockchain’s transparency and immutability. There are plans afoot to add other international currencies (dEUR, dGBP) in the near future.

Danaswap is a DEX powered by the Cardano blockchain, equipped with the ability to achieve low-slippage, high-speed, and multi-asset swaps between stablecoins and other supported assets. Users can swap dUSD with Bitcoin or other altcoins. Danaswap also has the ability to automatically adjust pool liquidity, enabling minimal slippage and fees without compromising the revenue of liquidity providers.

How is the Ardana Stablecoin Created?

To create a dUSD token, users need to go to the Ardana vault, accessible through the platform’s app. These vaults are essentially repositories that secure collateral for loans. Users can leverage assets as collateral and mint Ardana stablecoins using smart contracts. The user creates a CDP by depositing the collateral into a vault, and once all the collateral has been deposited, the user can generate Ardana Stablecoins.

Ardana is backed by one of the most trusted blockchain platforms. Its stablecoin hub sets Cardano and its ecosystem up to unleash its full potential and see unprecedented success.

Ardana’s developmental team is a key component to taking Cardano’s functionality to another level. They’re creating a new paradigm in blockchain technology and setting the stage for mainstream adoption through this new stablecoin protocol.