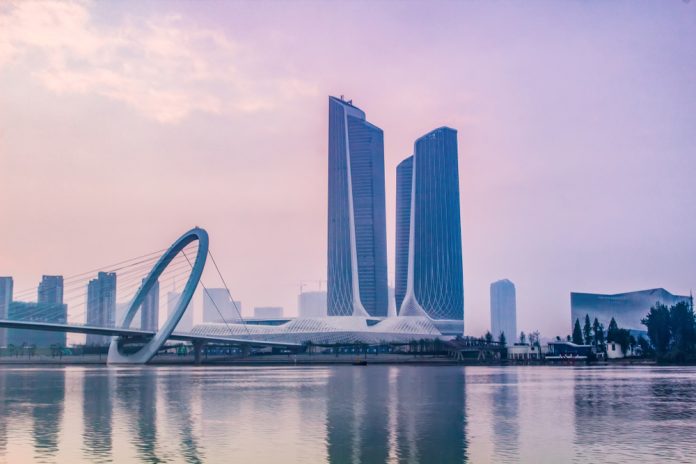 After taking a hard stance on cryptocurrencies and ICOs, China is slowly warming up to them and allowing blockchain and crypto innovation to flourish in the country. The latest effort is a $1.5 billion fund launched by the city of Nanjing which will support crypto and blockchain initiatives in the country. The fund is in partnership with a Beijing-based blockchain alliance and will focus on efforts to utilize blockchain tech in healthcare, cross-border transfers, environmental conservation, and energy. The city will also facilitate the setting up of new companies as well as the relocation of existing ones to the city as it aims to become one of the leading blockchain hubs in the country.

Nanjing City, which is the capital of the coastal province of Jiangsu, partnered with the Zhongguancun Blockchain Industry Alliance (ZBIA) to launch the fund. ZBIA is an industry alliance formed by government research institutes and blockchain companies with its headquarters in Beijing. The fund was announced during the inaugural Industrial Public Chain Summit.

As reported by ZDNet, one of the first beneficiaries of the fund will be the UDAP Foundation, a blockchain startup that develops middleware for digital assets management and trading. By providing its users with an easy-to-use interface, UDAP lets even non-technical users develop decentralized applications easily and deploy them on the blockchain of their choice.

In an effort to become a blockchain hub, Nanjing also plans to help blockchain startups set up their operations in the city. This would follow in the footsteps of Zug in Switzerland, otherwise known as Crypto Valley, which has become synonymous with crypto and blockchain startups.

The launch of the fund was attended by several leaders including Luo Qun, the deputy secretary of the Communist Party of China in Nanjing. The ruling Communist Party has progressively softened its stance on cryptos and blockchain technology, with the president recently stating that he believes that emerging technology including blockchain will accelerate the development of breakthrough applications.

Speaking during the launch, an executive from Tsinghua University praised the move, pointing out that for the digital assets industry to move forward, autonomy, consensus and global cooperation must be improved. His sentiments were echoed by the chairman of the South Korean Global Finance Society, Oh Kap-soo, who said that the two countries needed to work together to develop blockchain technology, which he believes will transform finance, education and science.

China’s relationship with the virtual currencies and blockchain world has seen its fair share of ups and downs. Having been one of the earliest Bitcoin adopters when it was still new, it later changed its stance and outlawed all crypto exchanges and ICOs. This saw the Chinese yuan’s share of global bitcoin transactions decline from over 90 percent to just one percent. However, in recent months the country has exhibited a more open attitude towards the crypto industry, with legislation to regulate the industry being suggested. Despite the ban on crypto exchanges, China remains a key country for Bitcoin, as a lot of miners reside there.