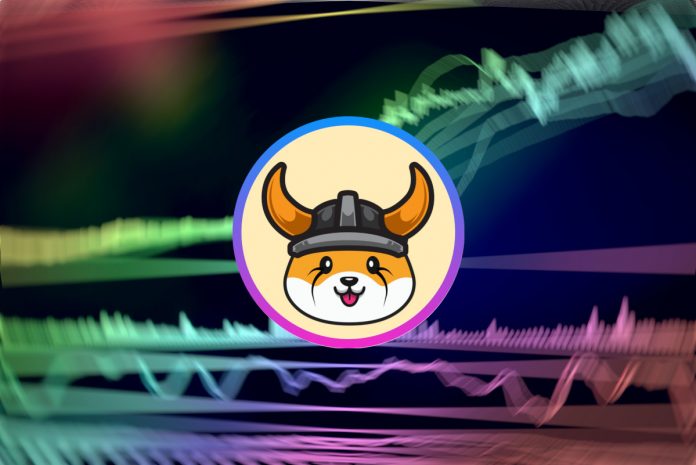 Floki shocked the crypto world in 2021 with an aggressive, global marketing campaign that spanned continents and featured partnerships with major football clubs and Formula 1’s Alfa Romeo team. In under six months, Floki emerged from a rocky origin to become a top 70 crypto project by market cap at $3.5b, before correcting with the global downturn in equities and crypto.

The Floki Team and Vikings accomplished this through a notable combination of smart tokenomics, meme and raid culture, extensive marketing, partnerships with market maker Wintermute, DeFi protocol Inverse Finance, and a commitment to charity backed by real-world impact. Floki famously collaborated with Kimbal Musk’s Millions Gardens Movement and donated $1.4m to help the organization fight food insecurity and just this May (2022) completed a charitable school project in Nigeria in partnership with the Tabitha Cumi Foundation.

The Floki project’s ecosystem includes community, education, DeFi and an assertive move into metaverse gaming, which has begun to gain traction and gain the attention of major financial news outlets such as NASDAQ.com.

The Road to Valhalla

In 2021 the Floki Team declared their intent to disrupt one of the hottest sectors in crypto: play-to-earn metaverse gaming. The game is called Valhalla, and an Alpha version of the Battle Arena portion of the game was released for testing early this year and opened to the public just this May of 2022. The quality of the gameplay and pace of development has silenced the skeptics and attracted the attention of major online outlets.

#FLOKI just got featured on Nasdaq as one of the best #Metaverse cryptocurrencies to buy in 2022:https://t.co/V5CS076pxG

Are you still sleeping on $FLOKI? 🤔

“[Floki is]… in the running for viable metaverse crypto — especially for those looking for any undervalued cryptocurrencies. The currency is named after Elon Musk’s dog… The project’s website says that it aims to combine memes with real-world use cases. It also says that it will launch a game and an NFT marketplace as well as a content and education platform. This is a project that is still in the making, but that hasn’t stopped people from buying the FLOKI tokens.”
– Scott Jeffries, NASDAQ.com “Best Metaverse Tokens to Buy for 2022”

The Floki and Valhalla teams have a head start in this red-hot, developing area of crypto. The famous Floki Community (called the Floki Vikings) have engaged with Valhalla for months now to participate in its development through bug testing and feedback, and new patches and “leaks” are released regularly.

Floki’s move into the metaverse is no small matter, as the project looks to recover its previous marketcap against a generational downturn in the markets.

“… metaverse coins present an untapped opportunity for 2022. It also helps that one of the biggest tech companies globally, Meta, is betting on the metaverse, even going so far as to change its name from Facebook. The company reportedly spent $10 billion on its metaverse project last year, calling it the future of technology. Cryptocurrencies and blockchain will play a vital role in that journey.”

The potential for innovative, small-cap projects to disrupt this space is apparent. Smart crypto investors are paying close attention to the metaverse play, and Floki is poised to capitalize on this trend in a major way.

The official release date for Valhalla has yet to be announced, but it’s fair to say this announcement will turn heads throughout crypto and beyond. Those interested can already test a portion of Valhalla to see how it looks and plays compared to other play-to-earn games.

Here is a still from the open-world portion of Valhalla, underdevelopment, from Valhalla lead “Mr Brown (Whale).”

I wonder why.. #BUIDL #VALHALLA pic.twitter.com/JddRrdGeSY

Floki is changing the game in crypto. You can learn more about the project at floki.com and find the Floki Team on Twitter. If you’re interested, you can check out the playable Alpha version of Valhalla at valhalla.game and to join the Floki Vikings on Telegram.