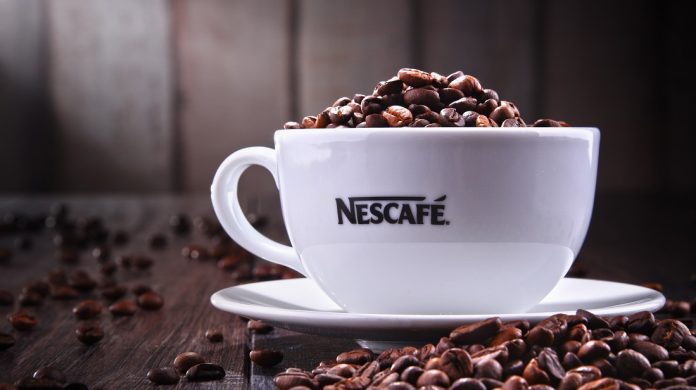 It’s a rare morning these days waking up to green markets. But while interest in cryptocurrencies may be dwindling, blockchain companies are still pressing forward to deliver on their promises. Whether they can or will is another matter. However, Samuel Baroukh Chief Digital Officer of FMCG giant Nestlé France remains bullish on blockchain and believes it will change the way we buy, consume, and live, forever.

As current Head of eBusiness, Baroukh previously worked for over 10 years on brand management for Procter & Gamble as well as Nestlé. “Every industry is moving toward digitalization,” he says, “and I believe retail has the most potential for mass adoption.”

It’s this belief that led him to join Universal Reward Protocol (URP) as an advisor, a company that’s providing in-store behavior analysis through blockchain technology to the likes of Carrefour, and Auchan.

“The main problem is data security,” Baroukh states. “I have seen too many breaches as of late and traditional loyalty programs are proven unreliable. Blockchain makes data decentralized, encrypted, trackable and secure and is exactly what is needed. A URP participant has complete control over which data gets shared with which retailer. Thisprovidess a trade-off between the level of personalization they are looking for and the privacy settings they choose.”

In fact, by interacting with shoppers directly across several communication channels, retailers and brands can transparently acquire data that encompasses their shoppers’ entire online and offline behavior, enabling them to close the digital gap. This creates a win-win situation. Retailers sell more product, consumers buy more product but while receiving better deals that are tailored to their needs.

“Universal Reward Protocol removes the problem that brands typically have getting to know and touch their consumers when they have limited means of interaction with them. This blockchain-based protocol lets retailers reward shoppers for any type of shopping behavior, such as simply visiting a store,” he says.

“By accepting to share their shopping behavior data with the network, a shopper earns reward URP tokens, while the data is used by retailers to build redemption offers that best suit each customer’s needs. Shoppers can redeem their tokens through these exclusive and personalized offers… Blockchain simply makes shopping smarter.”

How Will Consumers Benefit?

“Not only will retailers benefit, but shoppers will have more effective, fulfilling and rewarding trips to and from the store,” Baroukh explains. “Blockchain is the unique opportunity to disintermediate the Reward Compensation industry which is often a mono/duopolistic industry in each and every market we have looked at. With more transparency and fewer intermediaries, consumers will benefit from more value.”

Although advisor to URP, Nestlé is not presently collaborating with the company, but exploring blockchain possibilities of their own. However, the door is certainly far from shut. Baroukh says, “I support URP as an advisor as a personal initiative which could then easily open potential internal Nestle connections as the project develops.”

Food retailers are playing nice when it comes to evolving technology and have set up The Food Trust Group. This is a joint Food industry initiative involving 10 players including Nestlé, Walmart, and Tyson Food. “Its objective is to go beyond competitive silos to work together to ensure the trust of Consumers. It leverages Distributed Ledger Technology to do so,” Baroukh explains.

We’ve already seen Walmart experimenting with the international food supply chain and buying up blockchain patents. But are they at all scared that a peer-to-peer technology could cut them–the middleman–out of business?

“These technologies should be embraced,” he says. “I am embracing it at Nestlé France and encourage all businesses, large and small, to do the same. Why would a company fear what, once understood, will bring in increased revenue and security?”

So, will blockchain technology change how we buy and sell forever? “Data collected in-store is accumulated to produce actionable statistical data that store managers can leverage to improve pricing, merchandising, product placement, among other retail processes. The retail industry as a whole will become more efficient.”

“These technologies [blockchain] are not mainstream, yet still more and more relevant use cases are identified. Building a competitive edge requires some risk-taking with early usage adoption to accelerate the learning curve. These early learnings are most valuable, learnings fed from potential failures. Learning by failing early stage could prevent you from failing at scale… and you should remain a step ahead.”