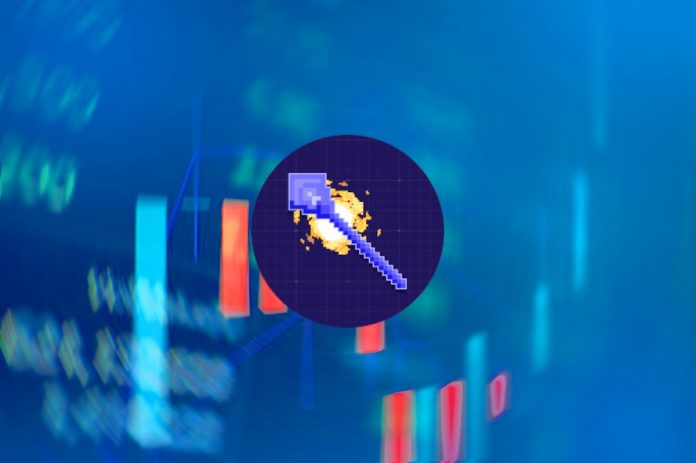 Spell Token price is up over 20% today, making it the biggest gainer on Crypto.com. With a market cap of over $2 billion and a 24-hour trading volume of $171 million, Spell Token is making waves in crypto markets. Let’s look at Spell Token and see why its price is rising today.

What Is Spell Token?

Spell Token is the native cryptocurrency to the lending platform Abracadabra.money, describing itself as a “spell book that allows users to produce magic internet money.”

“You, the Spellcaster, can provide collateral in the form of various interest-bearing crypto assets such as yvYFI, yvUSDT, yvUSDC, xSUSHI, and more. With this, you can borrow magic internet money (MIM) which is a stable coin that you can swap for any other traditional stable coin.”

Users can connect to Abracarabra’s dApp via a browser wallet like MetaMask and start exploring their ecosystem. One cool feature about Abracadabra is the fact that it supports multiple networks. Currently, users can choose between Ethereum, Binance Smart Chain, Fantom, Avalanche, or Arbitrum.

Why Is Spell Token Price Rising?

On December 23rd, Binance announced that they would list the Spell token. This caused a significant bullish candle to form, causing SPELL’s price to peak at $0.25. Since then, the price has been steadily declining until this morning, when SPELL’s price pumped to $0.26.

In recent news, Spell token announced on December 26th that their first proposal, AIP #1, passed with flying colors. You can read the full proposal on Abracadabra’s forums.

In short, the proposal suggests a 50/50 profit split between Popsical Finance and Abracadabra for all leveraged liquidity pools on Popsicle’s platform.

The proposal passed with a large majority and is likely a significant factor in SPELL’s price increase today.