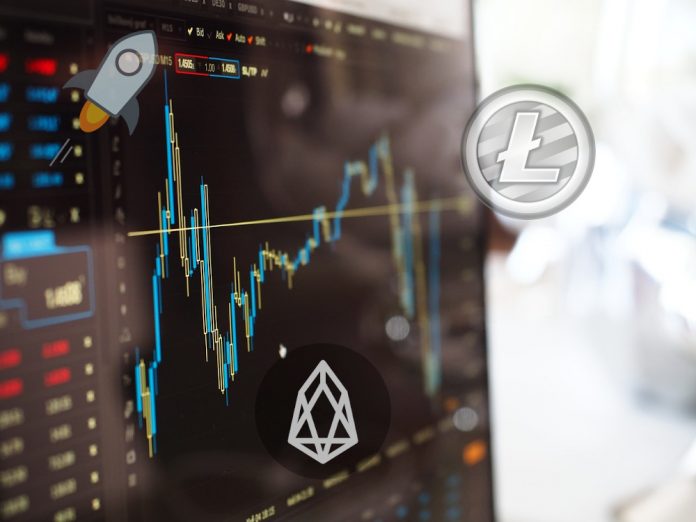 On an intraday chart, stellar has recorded a strong selling pressure that has led to a dip in the volatility level.  XLM/USD pair began the sell-off yesterday trading at $0.0717 that was followed by a steep fall that fluctuated the price down to closed at $0.0680 where it later tested the support level near $0.0682.

The bulls tried and recovered some momentum afterward and exhibiting a cumulated hike up to a high of $0.0725 that tested the significant resistance level at $0.0719.  However, sellers rejected the price suggested by the buyers and dropped the price where it closed at $0.0708. A steady flow was later seen that rallied to the current price at $0.0697.

Additionally,the intertwined moving averages confirmed a sideways trend.  The RSI indicator has currently flattened that signals equality and indecisive is the market. 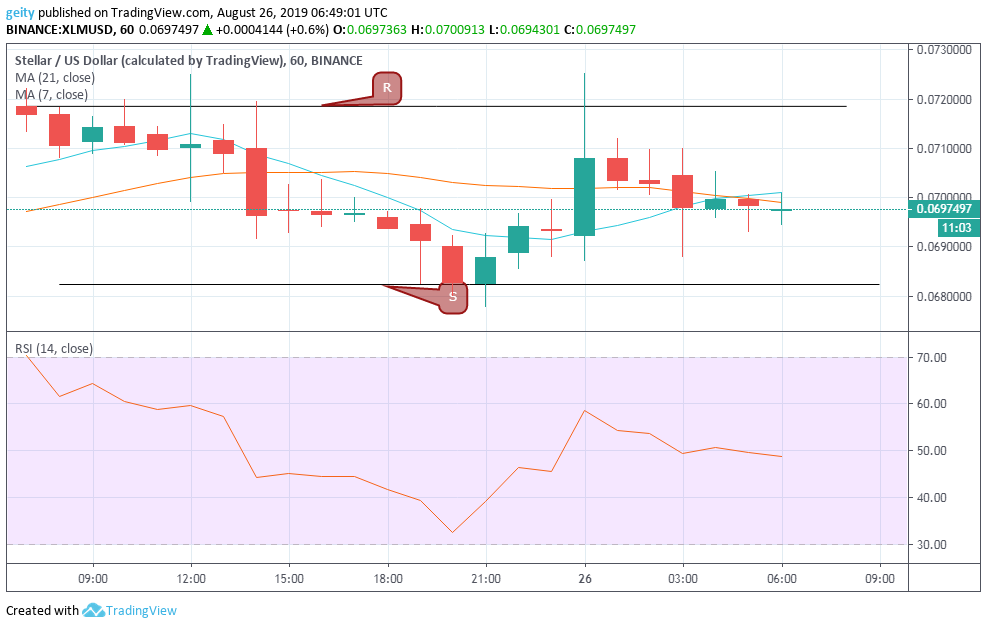 Just like XLM, EOS has also exhibited a sideways momentum.  The price seemed to fail to trade above the $3.6934 resistance level; instead, it has traded through the intraday between $3.6900 and $3.4706 respectively.  EOS/USD pair has also succumbed to a massive volatile movement that dipped the momentum from where it began the sell-off trading at $3.6404 to a low of $3.4512.

The RSI indicator that was seen at around 20:00 in the negative zone (oversold territory) also reflected the fall.  The market, later on, showed recovery as the price was fluctuated upwards to rally to a high of $3.7754 where it later faced rejection that dipped to the current price of $3.6202.  This translated to a slight decrease of 0.06% over the last 24hrs.

Additionally, the coin does not signal much hope since the RSI is currently trading flat with the presence of Doji candles that signal a lack of dominance in the market momentum. 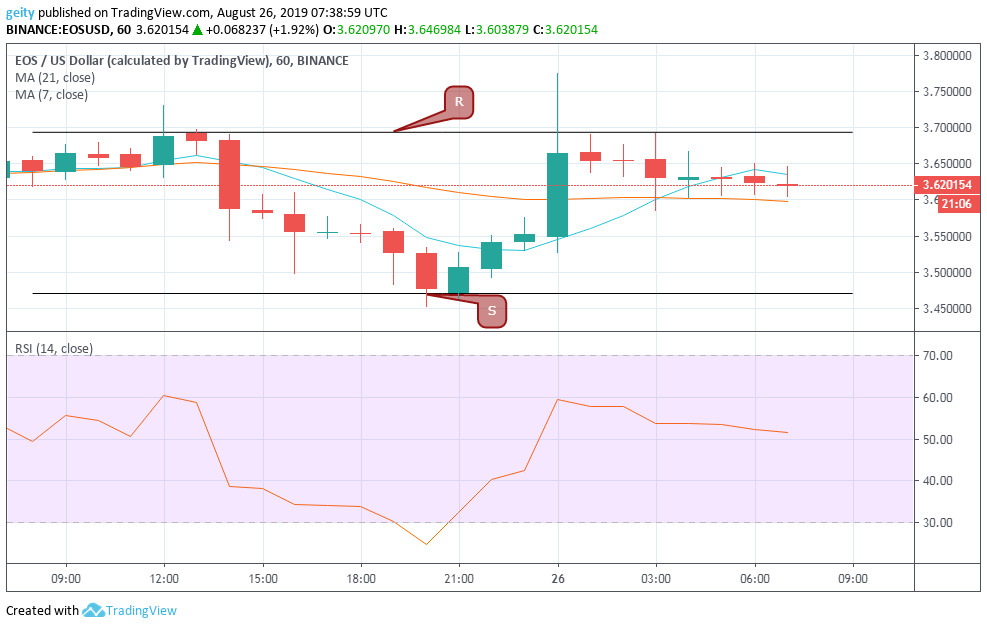 Despite the selling pressure that has led to the slight dip of EOS, a bullish outlook is anticipated. Mainly because the moving averages suggest so.  The 7 day MA has to manage to cross above the 21 day MA; thus, a break above the $3.6934 is likely. New targets should be set at $3.7500.

By the time of writing LTC/USD pair had slightly dropped by 0.6%, having escalated from $73.8946 to now changing hands at $73.4329.  The coin seemed to have faced high volatility. In addition, the market momentum was first dipped to trade near a critical support level at $71.0095.  This was followed by a sharp upsurge that shifted the momentum to test the resistance level at $75.0790.

However, the trend was sideways as reflected by the horizontal channels and the intertwining moving averages.  The RSI indicator is currently heading south that indicate sellers are in control. 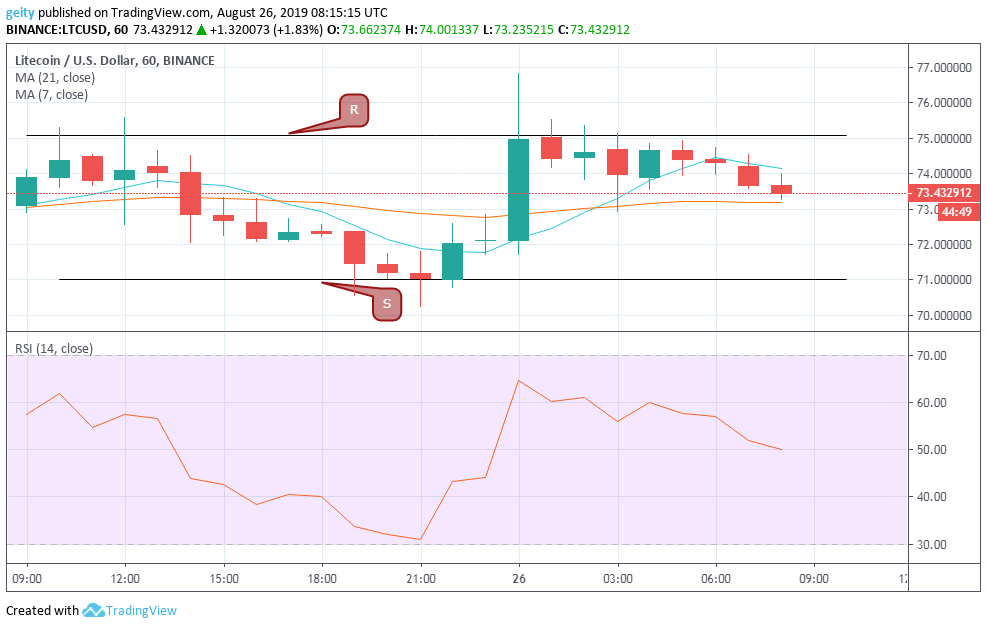