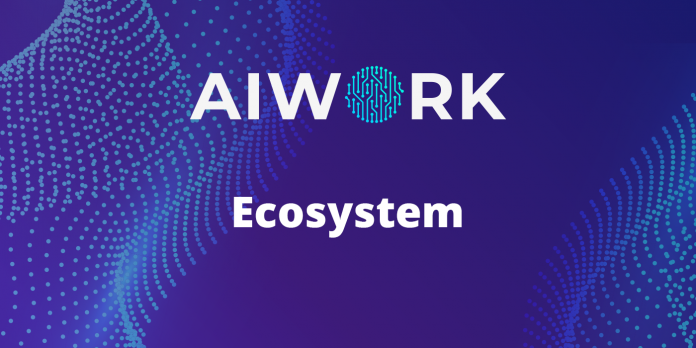 Blockchain technology and Artificial Intelligence (AI) are two of the most disruptive technologies in the world, with both having  massive potential just on their own. Blockchain is powerful in that it can be used to log data and transactions in a secure, trustless, and decentralized manner – it also utilizes smart contracts that allow it to govern different interactions between two parties without the involvement of an intermediary.

At AIWORK, we’re at the  forefront of the convergence of these two amazing technologies.

Let’s take a brief look at our ecosystem and study its ongoing and potential use cases in real-life scenarios.

There are several ways in which AIWORK and its solutions can be utilized in real-world situations to solve current prevalent problems within the industry:

The current level of metadata is relatively inconsistent, as it’s  incomplete and subjective. For example, two videos of the same event or clip could be uploaded online – one video could have a very basic description consisting of a few f tags, while the other could have a very detailed description with the use of additional tags.

Neither description of the video is technically wrong, but the latter is clearly more detailed.

The biggest beneficiaries of standardized, consistent, and complete metadata are OTT platforms. Consistent tags and descriptions would allow their content to be easily discoverable. They could utilize AIWORK in several ways to enhance their metadata, receive accurate metadata tags for every item, and pay AIWORK for our computation resources and human work.

Currently, metadata is extracted at the file level, which means that the description used to describe and classify content showcases the entire clip or scene. All information at the scene level is not cataloged or tagged at all. Scene level tagging is also impossible to achieve using human experts because it’s impractical and too costly.

The extraction of scene-level data significantly improves suggestions and recommendation engines, as it would rely on the underlying metadata of scenes users previously watched. It will also make content more discoverable by tagging everything  scene by scene.

Viewers could jump directly to particular scenes based on the content, while video editors would also be able to find footage and create videos instead of having to go through hours of video.

AI requires a significant amount of computing resources to recognize, process, match, and tag video content. A lack of resources is a growing pain point for AI, and it needs resources without jeopardizing efficiency, costs, and scalability.

A distributed and decentralized AI resource that utilizes crowd-sourced computing cycles could be a promising solution for handling high demand while also maintaining costs.

AIWORK can easily detect and flag video that has been deemed inappropriate by human experts and AI. The ContentGraph would label the score as rejected or give it a low safety score.

AIWORK can utilize ContentGraph to ensure brand safety when it comes to advertisers. The ContentGraph is determined by AIWORK’s decentralized AI network and is verified by human experts.

AIWORK is a decentralized and open-source blockchain that utilizes AI computing resources supported by human experts. AIWORK focuses on generating enhanced metadata for online video content and has several potential use cases. It has the potential to elevate translation and transcription services to create a massive shift towards digitization in the industry.