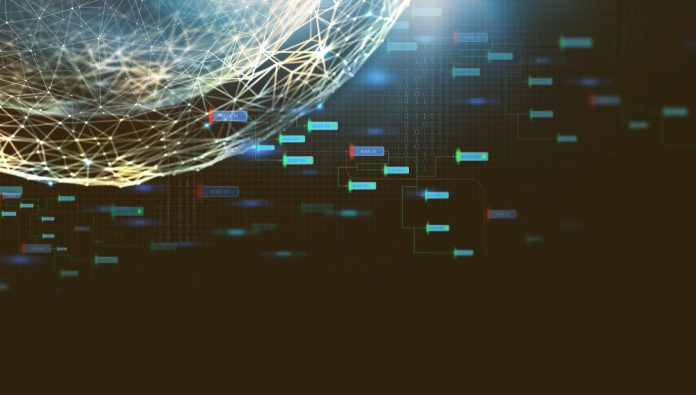 FCoin is a crypto exchange that began trading in May 2018. It is maybe best known in the US and Europe for crippling the Ethereum network, but it is well known in Asia, and especially China, for its innovative “Trans-Fee Mining” incentive program. 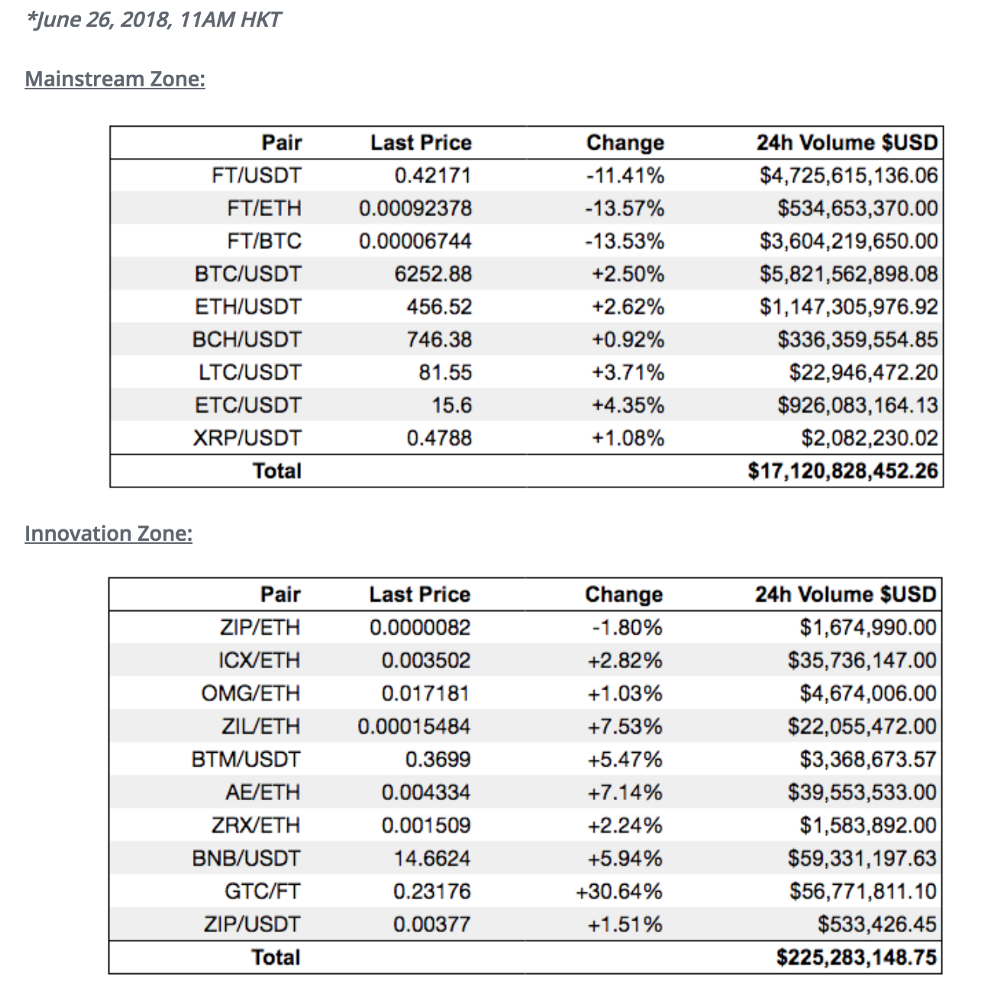 What caused the rapid rise and fall of FCoin? The FCoin “Trans-Fee Mining” incentive program has been controversial since the beginning, but the incentive program actually works and works quite well as demonstrated by the initial surge of daily trading volume. Even though the FCoin team made many missteps in trying to fix the problem after it started, the rapid fall is actually caused by fundamental flaws in its token economics design. The verdict is not fully out there yet, but it appears that FCoin is killed by its bad token economics design!

Token Economics is a new tool that has not existed before in the internet or mobile spaces, but it plays a critical role in any token project. If applied well, token economics helps a project create a new business structure and disrupt existing incumbents. If not, a project will crash and burn. By learning from the mistakes that FCoin made, other projects, especially those crypto exchanges trying to copy FCoin’s model to stay competitive, will have better token economics designs and can successfully transform many businesses into a new era.

Based on my conversations with people from exchanges, the most important thing that an exchange cares about is the daily trading volume. This should not be a surprise given that exchanges make money from transaction fees and high volume also generates high liquidity. To increase trading volume, traders (buyers/sellers) should be incentivized. The easiest, and perhaps only, way to provide economic incentives to traders is by discounting the transaction fee.

The founder of FCoin, Jian Zhang, is the ex-CTO of Huobi and a veteran in exchange business. It should not be a surprise that the FCoin team has insights from the crypto exchange business and designs the incentive accordingly. To incentivize traders, FCoin created a new innovative model: “Trans-Fee Mining”, which is described in FCoin white paper:

What is the incentive here? The “Trans-Fee Mining” model creates a perception to traders that they are effectively paying $0 transaction fee. This incentive design is clearly effective, as seen from the huge trading volume surge in such a short period of time. Some argue that this provides wrong incentives in that traders come to FCoin not to do real trades but to mine FT tokens, but opponents of FCoin’s approach have forgotten that the goal is to increase daily trading volume and any trade will increase the trading volume.

“If you provide incentives, users will come”

“If you provide incentives, users will come” is an underlying truth for crypto projects that has played out time after time. Different from the traditional school of marketing thought, token incentives in the crypto world are a customer acquisition tool in and of themselves. FCoin’s “Trans-Fee Mining” is not really new, but it proved again that the idea works well in the crypto space.

Once a project has a good incentive design, it also needs the right token monetary policy, which addresses token supply, token demand, token circulation, etc. This is critical because it will affect the token price and the token price will impact the effectiveness of the incentive program.

In FCoin, the token supply is generated by the Trans-Fee Mining program. Everyday, new tokens are being minted into the market and cause token inflation. In theory, without token demand or if token demand is smaller than token supply, the token price will go down due to token inflation. The white paper does not describe native token demand from a utility point of view and the reality is that it is hard to create utility demand for an exchange business. Even if you can force utility demand such as requiring projects to buy tokens as escrow to get their token listed, the utility demand will still be much smaller than the “Trans-Fee Mining” token supply.

FCoin does attempt to create incentives for token holders to hold FT tokens and hence to reduce token circulation. The incentive is that 80% of FCoin platform revenue (e.g. trading fees paid by traders and collected by FCoin) will be distributed to FT holders as dividends. The logic here is that FT token holders want to to receive dividends and hence will NOT sell their tokens. By doing this, the token circulation will be reduced, potentially driving up the token price. 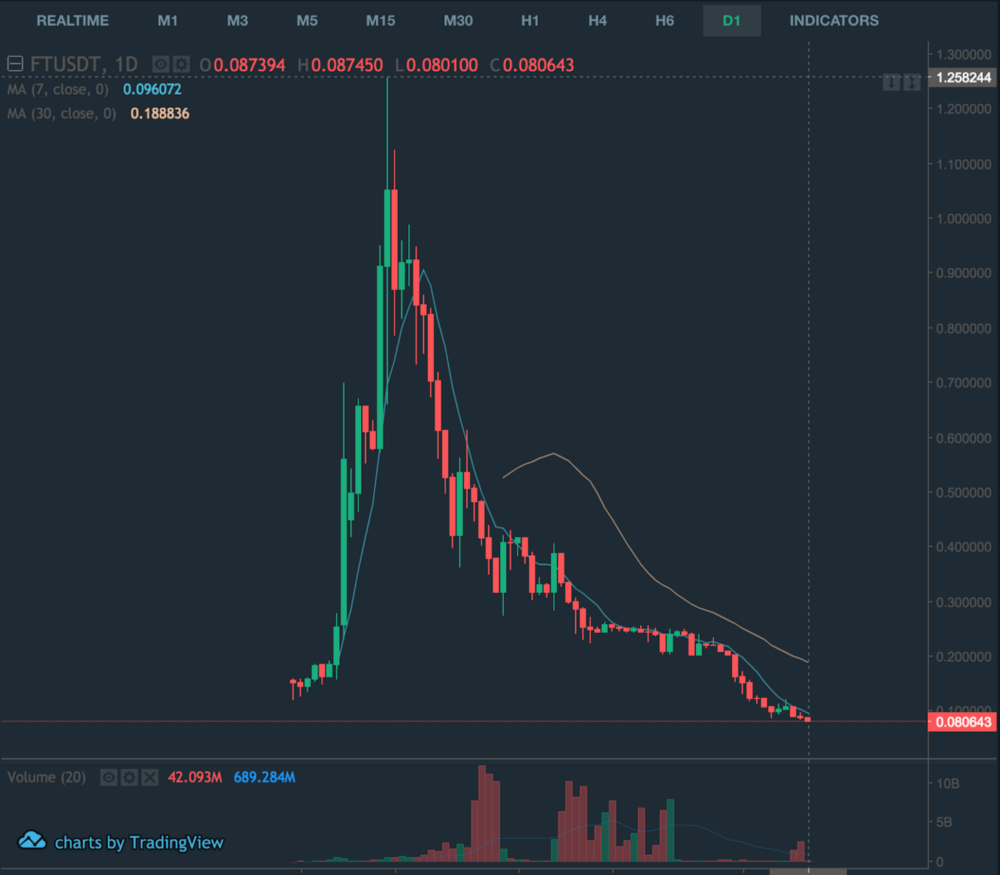 As FCoin saw,  paying dividends won’t incentivize token holders to hold FT tokens. This is because paying dividends causes the token price to drop and creates a market perception that the token is losing value. As a result, token holders’ rational reaction is to rush to sell tokens and to sell as fast as possible, which will cause the token price to fall faster. This downward vicious cycle is driven by a market force that is invisible to most people. However, it is not really new and there is an economic theory behind it.

By paying dividends to FT token holders, FCoin makes the FT token an asset-like token or asset-backed security (ABS). The invisible force driving the price of ABS is well studied and understood in company stock, which is another ABS. From a corporate finance point of view, when a company is paying dividends, the company’s asset value will go down and hence its stock price will go down; and when a company issues more stock without changes in the company’s asset value (e.g., a stock split), the stock price will go down. In FCoin’s case, dividends are paid out via 80% revenue distribution and new tokens are being minted into the network via Trans-Fee Mining EVERY DAY! Can you imagine the price curve of Apple stock and the market reaction if Apple does a dividend payout and stock split every day?!

Given that the “Trans-Fee Mining” is designed to incentivize more trading, let’s model a scenario of accelerating revenue by changing assumption 3) to the company generated revenue $10 on day 1, $20 on day 2, $30 on day 3. As shown in the table below, the price drops faster – 86% instead of 75% in 3 days. This is caused by faster token inflation due to higher revenue and lower token price.

In theory, the new FT token holders who acquire FT tokens via Trans-Fee Mining should not have the urgency to sell their tokens. This is because from a corporate finance point of view, dividends and stock splits don’t reduce the value of the stockholders. As shown in the table below, token holders of each day still hold the same value per token equaling the cost per token in the following days even after dividend payout and token inflation.

However, the FCoin revenue distribution design and token unlocking schedule is more complicated than the simple example above. To make is simple to understand (not 100% accurate), basically Trans-Fee Mining program doubles the token inflation in the market for revenue distribution. This is an understandable design since FCoin also wants to create incentives for token holders of the 49% of “previously issued” tokens to hold tokens as well. Unfortunately, this design changes the economic value of existing token holders (including traders) and creates unexpected incentives for traders to sell tokens acquired via Trans-Fee Mining immediately.

As shown in the table above, the value per token for tokens held by traders dropped immediately after the dividend payouts. This is similar to the scenario where a company issues new stock to acquire an undervalued asset which will dilute the value of existing stockholders. In the crypto space, the basic assumption is that people are rational. Knowing that its FT tokens acquired via Trans-Fee Mining will drop in value and by less than the transaction fees they pay, rational traders will immediately sell the tokens before the price drop instead of holding the FT tokens.

The FCoin revenue distribution design causes the price of FT token to drop and creates incentives for traders to sell immediately instead of holding FT tokens. Even though the price of FT token might be bumped up in the beginning and supported along way, the market force due to these two effects is so strong that it will crash the price support effort and collapse the token price. The market perception of collapsing token price will discourage new investors (speculators) and encourage existing token holders to sell more and faster, forcing the price to drop even further and faster. Once rational traders figure out the market price direction, and that they won’t get their full trading fee back if they cannot sell immediately, the incentive program does not work anymore and trading volume quickly dries up.

Token Economics is a new tool that did not exist before in internet or mobile space and applied well, it will play a critical role in decentralizing many businesses and disrupting existing incumbents.  But token economics design is really complex and counter-intuitive. A good token economics design requires not only deep knowledge of the target business domain, good understanding of incentive design, and strong analytical skills to create a network effect, but also profound grasp of the game theory, economic principles, finance theory, and monetary policy that are the invisible forces governing the market.

The collapse of FCoin can be avoided with a different and better token economics design. By paying attention to incentives and gaining knowledge about monetary policy, token project founders can all contribute to improving the quality and success of crypto projects in the future.