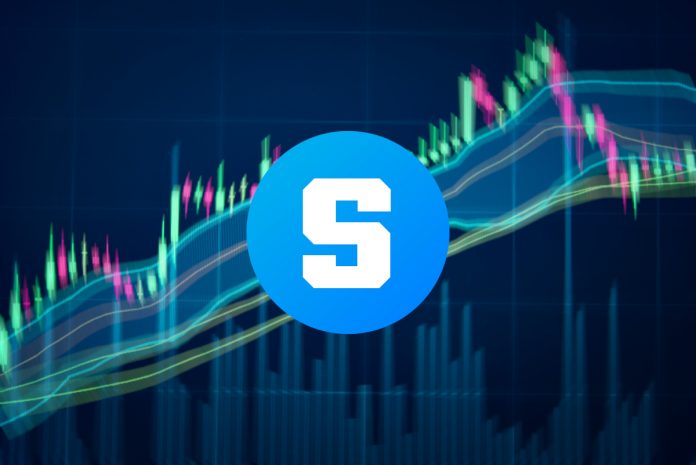 The Sandbox price is up over 16% today, making it the biggest Metaverse gainer on CoinmMarketCap this Christmas Day. After their successful Alpha season one launch, The Sandbox is gearing up for their second Alpha season that will be announced soon. Let’s take a closer look at The Sandbox and its cryptocurrency SAND and see why the price is rising so much today.

What Is The Sandbox?

Chances are you’ve already heard about The Sandbox, as it’s one of the most talked-about Metaverse coins in crypto. The Sandbox is a blockchain-based Metaverse that will feature a unique open world where players can buy plots of land and build on them to their liking.

The Sandbox recently completed their Alpha season one, enabling users to experience their Metaverse first-hand. While the Alpha is currently closed, the team is soon gearing up for another Alpha season.

The Sandbox has received investments from major companies like Softbank, investing $93 million in the project. Many more major crypto platforms like Binance, Coinmarketcap, and more have bought plots of land on The Sandbox in anticipation of the full release.

Why Is SAND Price Rising?

There are still roughly 1,100 passes remaining, so if you’re still interested, now is your chance.

Check out this awesome YouTube video for the land sale:

Partnering with influential icons like Snoop Dogg is a great way to push mainstream adoption for a project.

The Sandbox isn’t the only one that’s been seen with high-profile celebrities. For example, we’ve seen Katy Perry release her NFT collection on THETA earlier this month, which turned out a huge success. Katy Perry’s Icon Golen Icon NFT sold for $100 at launch, and currently, the lowest listed price is at $339.

Alpha Season 2 in #TheSandbox is coming! 🙌

See you in the #Metaverse soon… pic.twitter.com/Bn0gMR2Hc9

There’s no telling when soon is, and more details should follow this month.

You can purchase SAND on Binance, KuCoin, FTX, Kraken, Gemini, Crypto.com, and more.