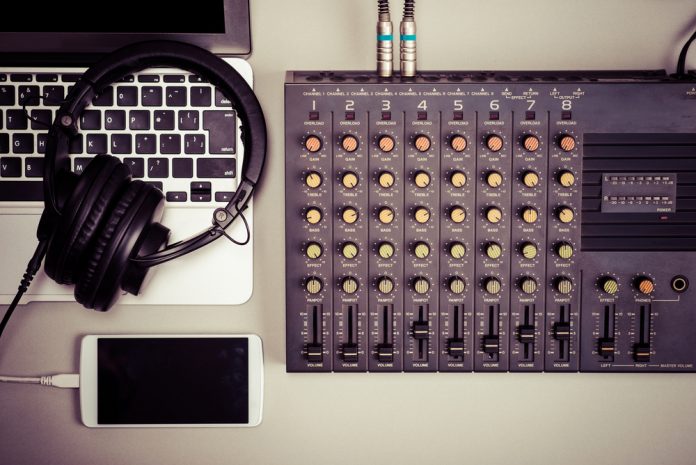 Problems with the music industry abound. That’s no secret. While the internet offers greater opportunities, it also hacks into artists’ profits. Sure, sites like YouTube and Vimeo give wannabe singers and musicians a chance to get their work in front of an audience. But they have to generate some pretty heavy traffic views in order to get any kind of compensation.

Platforms like Spotify may compensate artists, but it’s a fraction of what album sales used to bring in. A fraction of a penny for streamed songs, in fact.

Grammy-winning musician and founder of MyCelia Imogen Heap says, “99 percent of music is now generated by people who are independent. We do have massive, massive, huge, famous superstars, but they’re like a 0.1 percent.”

And she’s right. For the sweeping majority who fly under the radar, aren’t connected, or can’t get paid real money, blockchain technology could hold the answer. Check out these blockchain platforms designed for fair music distribution.

As a spoke of ConsenSys, Ujo Music is a platform on the Ethereum blockchain that allows for fair compensation for artists. In cutting out the middlemen and industry ‘bigwigs’, musicians can digitize their music rights and share their information openly. The idea is that new apps, products, services, and companies will access the music they want and pay artists automatically.

Heap actually partnered with Ujo Music back in 2015 to show how the Ethereum blockchain, through smart contracts, could ensure that musicians were fairly paid. This was their very first project in alpha and extremely successful. But three years later, the idea is still being worked on, though it’s finally in beta version. Putting the power back into the hands of the people is not an easy feat, it seems.

VOISE is another music streaming and distribution platform built on the Ethereum blockchain. The goal is for artists to find their fan base and get their music in front of their audience (and being fairly paid for it).

VOISE has some nice features, such as transferring 100 percent of compensation to artists and being very good at updating their community. They even have a transparent roadmap in Trello. But otherwise, its premise is very similar to that of Ujo Music.

LBRY’s distinguishing feature is that it’s not exclusively for music, but rather all types of digital content. The folks at LBRY believe that their platform will “ultimately grow to be a catalog of every piece of digital content available.” The protocol makes it easy for developers to build DApps that access the data on the network, and the team is currently building an app (also called LBRY) focused on video content.

Just like the others, LBRY makes it easy for fans to directly support their favorite creators through instant cryptocurrency payments. With all the questions swirling around the current model of ad-supported, “free” services like Facebook, the LBRY team believes that a patron-support model can create better content and let creators access the full value of their content – rather than fractions of pennies per view.

This is just a taste of the growing number of blockchain music platforms working hard to help artists get their proper compensation. With so many people trying to right the wrongs of the broken music industry, no matter which platform comes out on top, the artists will as well.