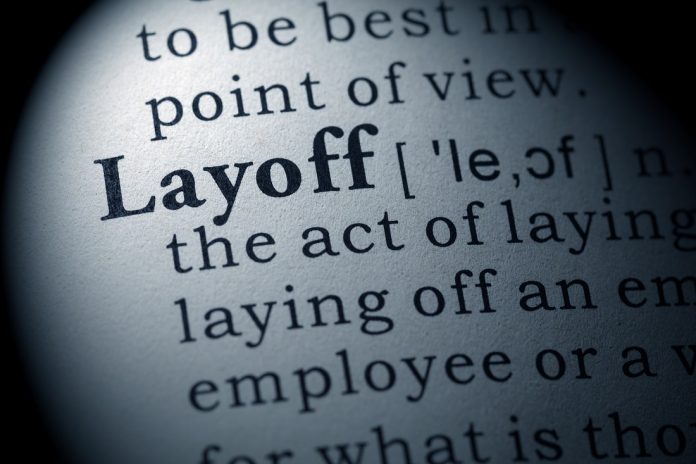 After the brutal year 2018 turned out to be for cryptocurrencies, it was to be expected a lot of companies would struggle. As a result, a lot of firms have laid off staff, either in small amounts or by aggressively cutting their workforce. The tally for 2019 ‘s first five months is not looking too great in that regard. Unfortunately, there is a good chance even more layoffs are ahead, as the industry is still struggling in many areas.

In late 2018, a rather odd message was sent out by both Bitmain and Huobi. Both companies confirmed they would begin laying off staffers in early 2019 following a brutal year of 2018. For Bitmain, this announcement cast a dark shadow over its cryptocurrency mining business, although the company is still going strong. Moreover, the firm also confirmed they wills till hire staffers for key positions, whereas auxiliary ventures will become far less important moving forward. To date, it remains unclear how many people have been or will be let go,

For Huobi, the renowned cryptocurrency trading platform, the plan is to “optimize staffing”. To put this in layman terms, the company is getting rid of its employees who are not pulling their weight. Similar to Bitmain, Huobi will continue to hire staffers for the core business and new emerging markets over time. No official figures have been shared as to how many people have been let go so far. If there have been layoffs, it has not affected the company’s business model or day-to-day operations by any means.

When Steemit was first launched, many people saw it as a great platform. Being able to create and share text-based content or images with the cryptocurrency community and potentially getting rewarded to do so could generate a passive revenue stream. In the first year and a half, a lot of people made good money with Steemit, albeit its popularity has seemingly tapered off in recent months. As a result, the company was forced to lay off nearly 70% of its staff earlier this year. Combined with the STEEM token value decline, it is evident there is a rough time ahead for all parties involved.

ShapeShift Drops 30% of its Workforce

Convenient cryptocurrency exchange services always tend to perform quite well under any market circumstance. In the case of ShapeShift, its platform has always been well-received by the community. Unfortunately, that didn’t mean the company could sustain its workforce for an extended period of time either. In early January, the company confirmed one in three staffers had been laid off. A very unfortunate turn of events for the company, as letting go 37 people is never an easy decision. It will be interesting to see how Bitcoin’s current momentum will affect this company in the months to come.

It is never good to see cryptocurrency exchanges struggle to keep their workers on board. Indian cryptocurrency firms are under a lot of pressure right now, primarily because of the regulatory uncertainty in the country. Unocoin, one of the more established exchanges in India, has struggled severely to keep its workforce intact. In April of 2019, news broke their workforce had diminished to just 14 employees.  A failed attempt at raising more capital forced the company to reduce overall expenses in whichever way possible. Compared to the over 100 people who used to work there in 2018, this skeleton crew will have their work cut out to keep everything up and running.

Sirin Labs is Forced to Downsize

Most cryptocurrency community members will be familiar with Sirin Labs. The company has brought a blockchain phone to market not that long ago, albeit its total sales figures failed to impress. As such, the company let go 25% of its work staff roughly a month ago. Although there are still 45 people working at the company, these layoffs only confirm the blockchain phone industry is not as lucrative as one might think at first. This situation may improve as more time progress, but for now, there are no immediate plans to hire additional staffers just yet.

Earlier this week, financial firm Circle – who acquired the Poloniex exchange several months ago – confirmed it had to lay off several dozen of its people. The number floating around confirms 10% of the company’s staff is gone, primarily because overall costs need to be cut in an aggressive manner. Additionally, the new market conditions and ongoing regulatory restrictions in the US make for a rather unfavorable working environment. It does not appear this development will affect the Poloniex platform, as most of these layoffs affect Circle’s offices in Boston and New York.