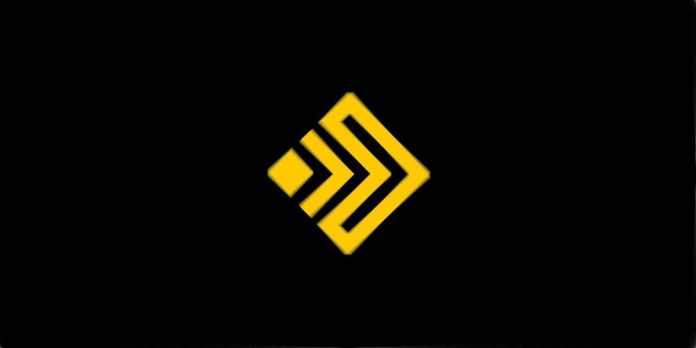 PinkSale is one of the most popular platforms to find underrated tokens. There are dozens of launches every day, with many tokens seeing significant price gains post-launch when they get listed on CoinMarketCap. Today, we’re taking a look at VinceChain, a blockchain built for the Metaverse, web3, and gaming. The fair launch is currently live on PinkSale, with over 73BNB raised. Let’s take a closer look at the presale and the project.

What Is VinceChain / Vince (VCE)?

VinceChain describes itself as a blockchain powering the Vangold ecosystem and its products. We covered Vangold two days ago when it gained over 4,200% when it was listed on CoinMarketCap.

The native token on the platform is the Vince Token (VCE), used for governance and securing the network via staking.

Some utilities for VCE include powering Vangold’s freelance marketplace along with Vangold Pay, a decentralized payment service powered by smart contracts.

The Fair Launch for VinceChain is live on PinkSale with total contributors at 170, raising over 73 BNB (roughly $27k at writing). The total supply is 1 billion VCE, with 15.3 million tokens set for the presale. 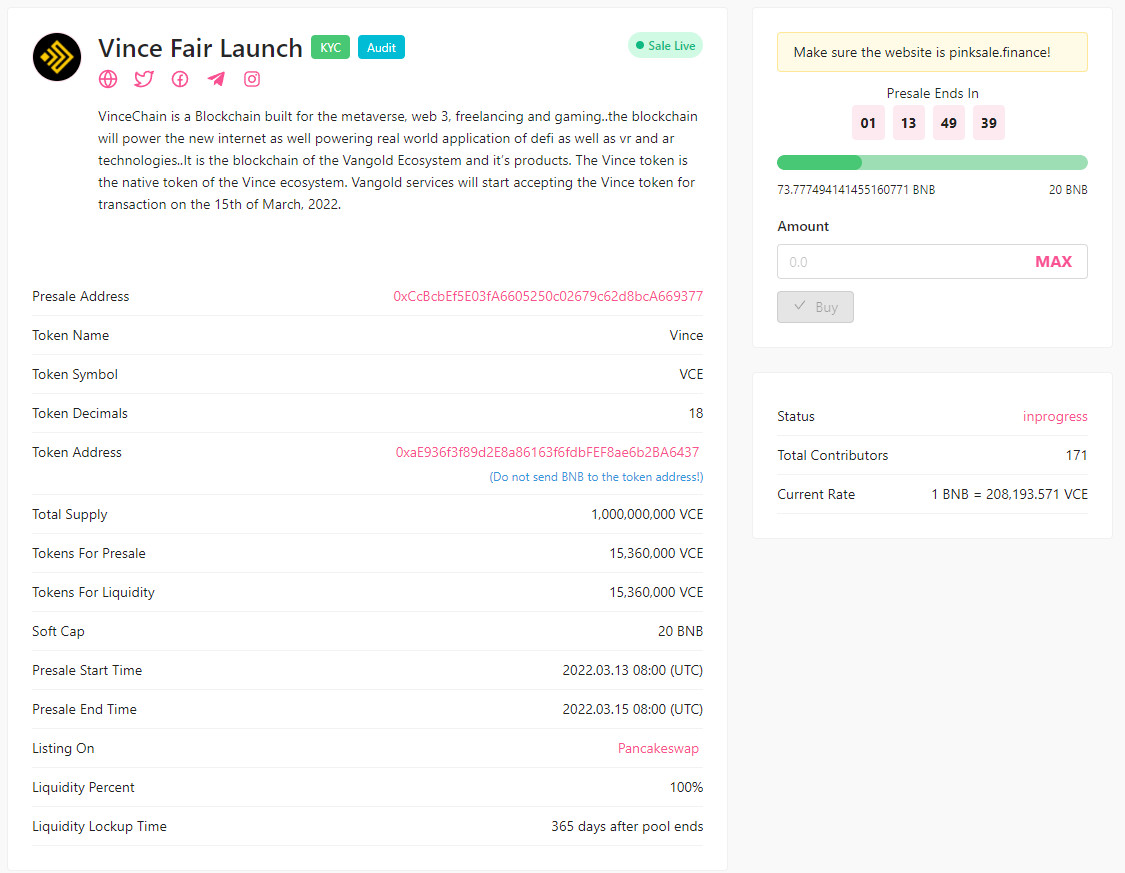 All the BNB raised during the fair launch will be used for liquidity, which will be locked up for 365 days after the pool ends.

The good news is that all the BNB raised during the fair launch will go towards the token’s liquidity, which will also be locked up for 365 days.

The bad news is only 15% of the total supply of the tokens is set for the presale, meaning the developers will own the other 85%. It will be a much more bullish sign if 60-70% of the total tokens would be set aside for liquidity or if the team decides to burn a good amount of tokens.

Another bearish sign is that VinceChain doesn’t have an actual Minimum Viable Product, the whitepaper promises various features, but there’s no real substance to the project. However, that doesn’t mean that VinceChain won’t perform well and receive a good amount of hype after the presale when it is listed on CoinMarketCap.

One positive to VinceChain is that the contract doesn’t feature a mint function, meaning the owner can’t mint tokens after the initial deployment. The owner also can’t set a max transaction amount, and the owner can’t pause trading.

Overall, the real winner for VinceChain is the developer of the token, which will control over 85% of the tokens post-presale.

The good news is, Vangold managed to survive and stay relevant for many months after its release, so this token could have long-term potential. It would help if the team burned a considerable amount of tokens and provided a Minimum Viable Product before getting listed on CoinMarketCap.

Disclosure: This is not trading or investment advice. Always do your research before buying any cryptocurrency or presale.