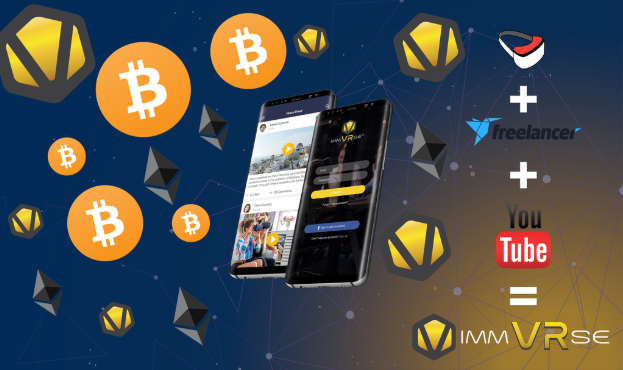 Blockchain-based Virtual Reality (VR) tech firm ImmVRse is building the next-generation platform for VR content sharing, allowing content creators to showcase their work to a growing audience of buyers and to be seen by potential employers.

A desire to be recognized for creativity

Latest research conducted in the UK reveals that many young children from the age of 7 to 11, are now preferring a future career in modern technology, instead of traditional careers typically forming the ambitions of young children, such as doctors or police officers.

The survey, conducted by the Education and Employers charity, asked more than 13,000 UK primary school pupils to draw pictures of what they wanted to be when they grew up. Similar research conducted by travel firm First Choice produced similar startling results, with about 33% of respondents claiming they wanted to become a YouTuber (an influencer on popular video sharing platform YouTube).

There are many reasons to why children desire the job of a content creator. While they may not be aware that YouTubers today get paid for every 1,000 ad views on their channels, children recognize the huge potential for global recognition from good content. YouTube has truly changed the playing field in the age of the internet, allowing virtually anyone with a computer, camera and an internet connection to create content and share it with a global audience without borders.

Despite many successful models for VR and a growing real world use case range of applications, ImmVRse is building a dedicated VR content platform based on blockchain to further enhance and catalyze the growth of the industry.

Besides the immediate benefit of being able to directly sell content, VR content creators gain exposure on the ImmVRse platform, showcasing their work to countless potential employers.

ImmVRse COO Limon Rahman has called the platform the “VR Child of YouTube and Freelancer”, and suggests that the first VR millionaires are a real possibility, by bringing together the very top VR talents while giving the industry momentum and content growth.

VR is still a fledgling industry, and ImmVRse hopes that its ecosystem will nurture innovation, encouraging creators to thrive and break barriers, producing VR content that will firmly place it as the best creative medium.

“Within our platform, not only can they receive advertising revenue, but they can also sell their content to buyers and receive job offers from brands.”

A solid team that keeps improving

ImmVRse is made up of some of the very brightest talents in the digital and blockchain industries, supported by experts in IT management, VR, computer security and blockchain development. And now, it proudly welcomes its newest team member, Arwen Smit, who will undertake the role of Chief Strategy Officer.

Smit is the founder of mobility fintech firm DOVU, which ran a successful coin offering in 2017.

The ImmVRse pre-sale is still ongoing, on the back of extremely positive initial backing. Interested contributors are advised to participate via the safety and security of TokenGet, to benefit now from a 25% bonus.

To learn more about ImmVRse and to participate in its presale, visit their website or read the their whitepaper. Join the community discussions with the team on Telegram or on Facebook, or read the community thread on Bitcointalk.