Of the top 10 cryptocurrencies that increased, 70% of the tokens were of the vertical industrial application sector. Also, MIRQ of the cryptocurrency and payment sector experienced the greatest increase in price. 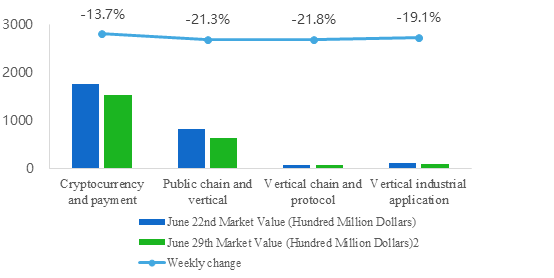 Through further classification of the vertical chain and protocol, it was found that this week’s cloud service and A.I. verticals were on obvious increases at a rate of 19.24% and 7.19% while other verticals were on decreasing rates.

There were 10 new projects in the market last week (mainly of the gambling vertical under the vertical industrial application sector), 60% of which dropped in price within 24 hours of listing. Most of the newly issued tokens were listed on IDEX and Bibox. 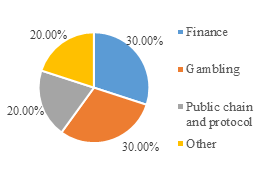 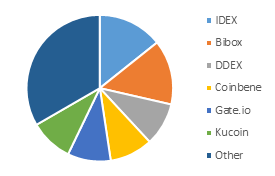 There have been 23 closed public sales projects this week, totaling nearly 143 million USD. Among these projects, projects of the finance vertical received most funding. 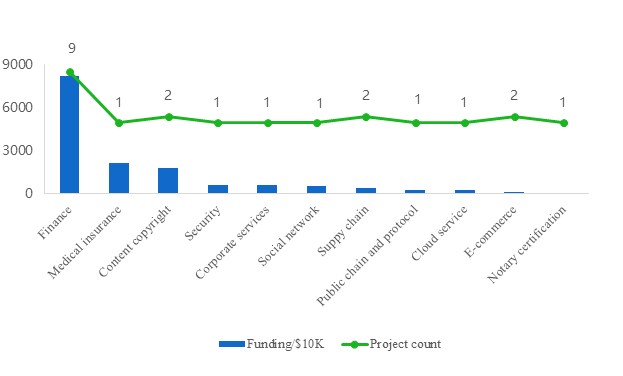 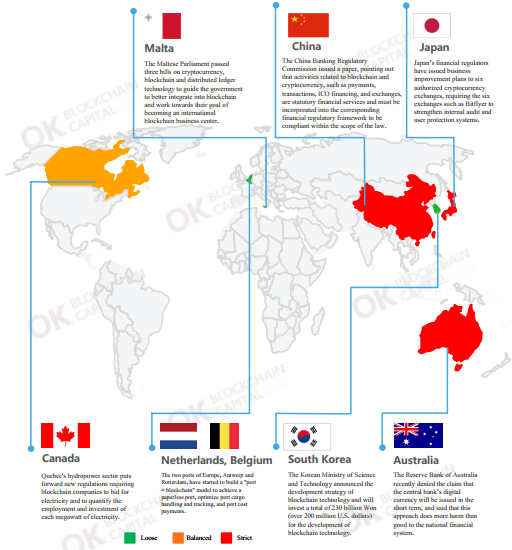 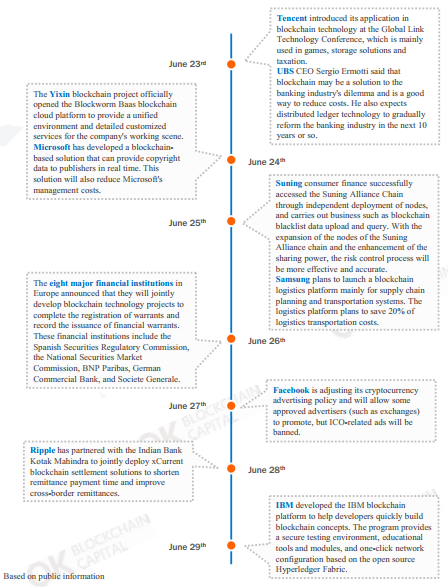 The former Huobi CTO Zhang Jian started Fcoin, a new exchange platform, and started a new wave of Exchange Platform Mining. The daily transaction amount of Fcoin 10 billion U.S. dollars, which is the sum of the trading volume of nine large exchanges. Its token FT was listed on May 24th, rising from $0.15 to a peak of $1.24. At the highest point, the price increased by 70 times. 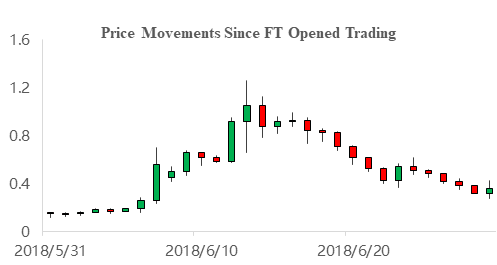