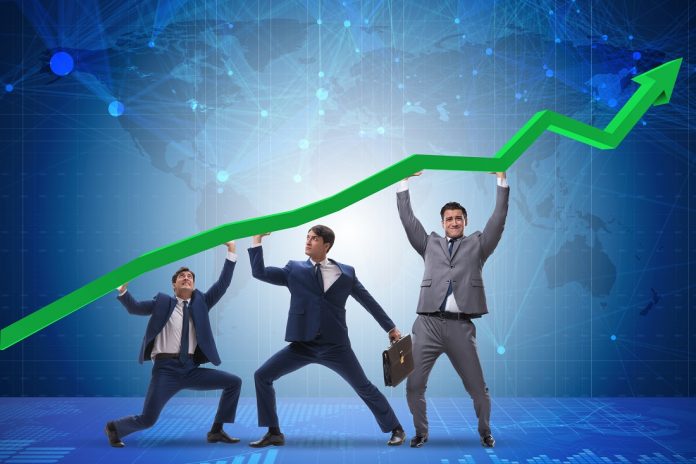 Bitcoin has made a leap in the past fortnight. Granted, the rally started two months ago. However, it’s in the past two weeks that the digital currency has made the biggest gains. Currently trading at $7,900, it hit $8250 earlier today, a level it last hit close to a year ago. The other cryptos have also followed the example set by their leader, but BTC has been the biggest gainer by far.

The biggest question, and rightly so, has been why the sudden spike? The first logical conclusion is the continued warming up by major retailers into crypto payments. As we reported yesterday, global giants such as Whole Foods, Nordstrom and Starbucks are now accepting a variety of cryptocurrencies as payment. Nevertheless, the rally started way before Gemini and Flexa announced the partnership that enabled the payments.

And while there exist complex theories around the price rise, there are those who believe that it’s as simple as more buyers than sellers. Travis Scher, an executive at the Digital Currency Group, is one of them. Scher told TechCrunch:

So all I can say with certainty is that there are more buyers than sellers in recent months. But in this case, I do think that one factor driving the rally is that the narrative around Bitcoin as digital gold is growing. We fully expect Bitcoin to replace gold as the leading non-government controlled store of value over the coming decade.

China’s link to the ascension of crypto prices, especially Bitcoin, can’t be ignored. In recent days, trade talks between the U.S and China have hit a snag. This, some experts speculate, has led many traders to hedge their funds in cryptos, BTC mainly.

Andy Brenner at the National Alliance Securities believes that Chinese money is the key reason for the recent spike. He told CNBC, “We can see that the bid for bitcoin in this latest run has coincided with a big downtick in the value of the Chinese yuan versus the dollar.”

And yet, not everyone is convinced that China had much to do with it. In any case, Bitcoin started gaining over two months ago. Back then, trade talks between China and the U.S were going on smoothly.

Yuji Nakamura, a tech expert with Bloomberg stated in an interview:

“I know there’s a lot of uncertainty with the trade war with China, but this Bitcoin bull run really began in late February. It went all throughout March, all throughout April. At the time, trade negotiations between China and the U.S were going on pretty well. So, I think it’s a bit of a stretch to call it a haven play even though it’s always been considered that. But, I’m not convinced that just because the China trade talks aren’t going on well, that Bitcoin is going to shoot to $10,000. I think that it’ll shoot to $10,000 for other reasons if it does.”

And of course, there are the skeptics who have dismissed this as just another ploy to prey on the gullible. One of these is David Gerrard who in a blog post yesterday attributed the rise in prices to whales. These whales are allegedly buying up the market until all the short positions get liquidated. Gerrard wrote:

“It’s because the price of Bitcoin is a proxy for margin trading — and rather than investing in the commodity itself, you can make more money by manipulating this thin and ill-regulated market to burn the margin traders.

This also allows the large holders — the “whales,” and the exchanges themselves — to cash out to whatever little actual-money US dollars are available, in a trading system where the liquidity is mostly fake dollars called “tethers.”