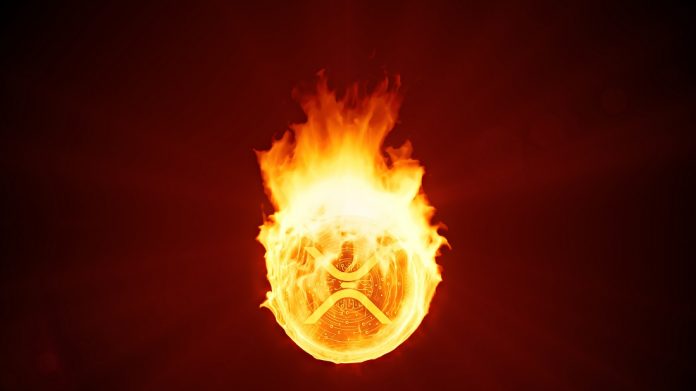 When the Bitcoin price momentum sours significantly, alternative markets are quick to follow suit. Today is no different in this regard, although it remains to be seen how dire things will get in the long run. The XRP price, for example, has been under big pressure for some time now, and may not necessarily see any real improvements for the foreseeable future.

It is rather apparent this new week will kick off with a fair bit of bearish pressure across all cryptocurrency markets. While most traders will not be too happy with that particular development, this past week has been unusually bullish as well. A form of “reckoning” would kick in sooner or later, and it seems today may be an example of how quickly things can turn around for any market.  Even so, there is no real indication this downtrend will remain in place for too long, albeit one never knows for sure what the future will bring.

As far as the XRP price is concerned, it would appear the current momentum is negative. It is not overly negative either, but there will not necessarily be an uptrend in the near future. With a 2.27% loss in USD value and a 2.73% decrease in XRP/BTC, things are not looking too great. One XRP is currently valued at $0.352358, or 6,816 Satoshi. A drop below 6,800 Satoshi is very likely, especially if Bitcoin were to enter its bearish mode again.

On social media, it would appear there is still some optimism as far as the long-term price targets are concerned. TT101 expects a drop to 6,500 Satoshi this week, but in the long run, a major breakout should occur. While that outlook is commendable first and foremost, most traders won’t look beyond the short-term momentum at this time. After all, cryptocurrencies, tokens, and assets are designed to make money, not necessarily force users to hold on to them for the long run.

#XRP still very bullish long term. Short term I can now see us going to 6500sats, before we break out. It's about 7% drop. Should act as a spring.

For those who take a closer look at the XRP price chart, it seems things are not looking bad nor good. The current resistance level should not be ignored, as it may act as tough support for this popular asset. However, there is also a chance this level will be dumped through pretty quickly, depending on how the overall industry-wide trend evolves. Given the bearish outlook right now, it is not unlikely things will continue along the same path for a little while.

looking to target the prior highs and liquidity, tight stop on this one. pic.twitter.com/K3uiN4y4ca

Although it doesn’t happen all that often one sees an XRP-related meme being shared on Twitter, Sam seems not too happy with today being another average Monday. This user expected a big XRP run, yet it has not materialized in the end. As such, he still has to work his regular job and continue living life as normal. Even so, it seems unlikely a new all-time high won’t be reached in the near future, but for now, one has to endure this onslaught.

IF #xRP wd have grown enough on weekend, may be I wd have replaced my job. But still long way to go. pic.twitter.com/ldds3X5C5B

For the time being, there is nothing to be overly concerned about as of yet. A bit of bearish pressure was to be expected, albeit some markets will struggle a lot more compared to others, for rather obvious reasons. As far as XRP is concerned, no big drop is to be expected at this time, although the remainder of the day may not necessarily offer too much excitement as of right now.