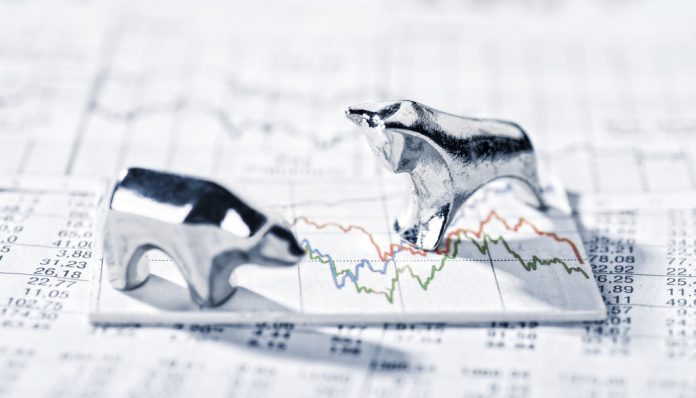 These are not the best of times for cryptocurrencies, digital assets, and tokens. It would appear the overall bearish trend isn’t relenting anytime soon. Although this has not triggered another 70% decline in value, the XRP price is not looking too great regardless. In fact, it now sits below $0.3 again, with the potential to drop even further.

Under the current bearish circumstances for Bitcoin, one would expect other currencies to rise up in value. Especially XRP would usually see a somewhat bullish trend as far as XRP/BTC is concerned. For some reason, the popular asset continues to follow  Bitcoin’s price trend almost to a fault, which is very unusual. This also means the current negative market pressure is getting to this asset in many different ways.

Over the past 24 hours, there has been another 1.3% setback for XRP in both USD and BTC value. That in itself is rather worrisome, especially when considering this also means one XRP is now valued at less than $0.3. Although this drop was to be expected when looking at the price chart over the past few days, it would appear it still managed to take some people by surprise.

A very interesting point is raised by Crypto_investor on Twitter. This person confirms there is a lot less overall trading volume across the industry as a whole. This is also notable where XPR is concerned, albeit its volume hasn’t dropped off in a spectacular manner like some other projects on the market today. The main question is whether or nor the volume will ever return in spectacular fashion.

Have you guys noticed that
the volume of crypto has fallen by alot
there ain't much volume anymore. #BitcoinCash #bitcoins #trx #tron #XRP #Bitcoin #cryptocurrency #cryptocurrencies #DigitalAssets #crypto #cryptotwitter

As Gracy aptly points out, there is a big chance this XRP downtrend will continue for quite some time to come. More specifically, the price chart indicated the value would either break the upward resistance or fall below $0.2980. It is evident this latter scenario will come true under these circumstances. Not necessarily the best market development, but there isn’t much one can do about it right now.

Ripple (XRP) Price Analysis: Downtrend Intact Below $0.3100
XRP could either break the $0.3040 resistance or decline below the $0.2980 support.#XRP #cryptocurrency #XDAT #exchanges pic.twitter.com/orYHe5fnla

A recent poll on social media asked enthusiasts how the value of Ripple’s native asset would evolve. As it turns out, the overall belief involved an uptrend to at least $0.5. It now seems a drop to $0.1 is becoming more and more likely, albeit that would involve a severe market retrace. Even so, there isn’t much to warrant a Bitcoin uptrend, which can pose genuine problems for all other markets as well.

Based on the poll $0.10 is more likely happening for #XRP

When looking at the overall trend, it quickly becomes evident this situation may remain unchanged for some time. As far as XRP is concerned, a return to $0.3 is still possible. Whether or not it will materialize later today, is difficult to predict. Anything remains possible under these market circumstances. Unfortunately, it seems the overall bearish trend will remain active for some time to come.