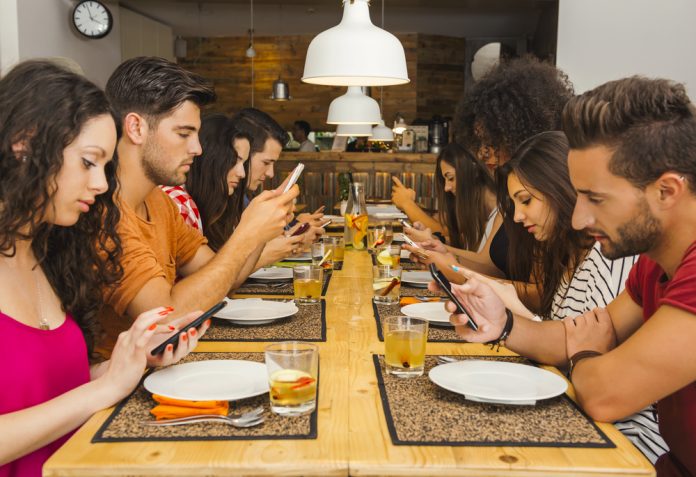 How important is your smartphone to you? How many hours do you spend staring at the screen, and what lengths do you go to in order to make sure you always have it on you? Hopefully, you won’t end up falling over the edge of a cliff for it, but if you’re like one in ten millennials, you might just sacrifice a finger.

Yes, you read that right. According to research carried out by mobile app developer Tappable, 10 percent of millennials would rather permanently give up a body part than their smartphone. Check out these top five disturbing statistics that prove how addicted millennials are to tech:

5. 23 percent of millennials would rather keep their smartphone than all five senses

It sounds incredible, but it’s true. Almost one quarter of the 500 males and females surveyed would rather give up touch, taste, hearing, sight, or smell than their iPhone. Although that poses the question of how they would actually watch the videos they’re addicted to or listen to the podcasts they can’t get enough of. It seems most respondents thought that through in advance, with 64 percent opting to give up smell.

4. 38 percent would give up drinking alcohol

Interestingly, 38 percent said they would give up drinking, which just shows how much the Brits enjoy their beer. Reading this stat the other way around means that 62 percent would rather keep drinking than give up their phones. Even Apple can’t beat a good night out on the town, it seems.

Why bother when you can travel vicariously through other people using your smartphone? It’s sad but true: for 16 percent of millennials, playing with apps and chatting with friends is more important than going out into the world and making real-life connections.

2. 15 percent would sell their bodies

Yep. It seems that millennials have fairly low standards when it comes to their own bodies. According to the survey, some 15 percent of millennials would swap sex in order to keep hold of their mobile.

Which finger wasn’t specified, although, without doubt, we’re not talking about thumbs here.

Mrs. Elli Denison, Ph.D., Director of Research at The Center for Generational Kinetics, says, “We talk a lot about how millennials are tech-dependent. Losing a finger or one of the senses is an extreme way to frame it, but the bottom line is younger generations are completely immersed in technology, particularly mobile devices.”

One survey respondent proclaimed, “My phone is integrated into every part of my life. I couldn’t possibly live without it.” So, diving off a cliff for a mobile phone might not be unthinkable after all.