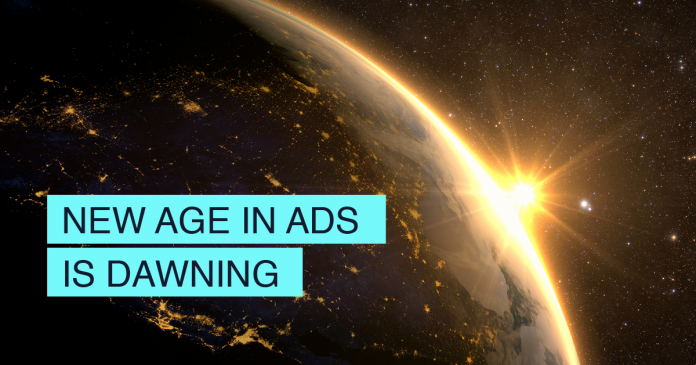 Scolding everything new has long become a hobby among the retrogrades, conservatives and blasphemers of technological advancement. Blockchain is no exception as a fertile feeding ground for the critics who spit on newfangled inventions and brand them as nothing short of sacrilege that threatens to destroy the cozy, inefficient and familiar world that they have grown accustomed to.

However, new technologies are changing the world, just as the airplane did over a hundred years ago. My, my, how times have changed. They have not, in fact. Human nature has remained the same. The only difference is the pace at which new inventions are being integrated into society and the resistance they encounter in the process.

The world of the marketing industry is no exception as automation is storming it, riding the crest of opportunities and technological advantages that blockchain technologies have granted through their merger with AI and neural networks. Just as Artificial Intelligence had once revolutionized stock exchanges and reduced the process of trading from profound analysis of charts to automated exchanges in a matter of microseconds, so too has AI made its way into the world of cryptocurrencies and the blockchain industry.

It was only natural for a technology as advanced as blockchain to serve as a platform for AI and its derivative of neural networks that have already proven their effectiveness and efficiency in the banking sector and is soon to encroach on other industries related to the real sectors of economies.

Crypto investor and top manager of the Altana Digital Currency Fund Alistair Milne has already expressed his view on the proper reaction to the negative comments made by various billionaires about Bitcoin:

The crypto enthusiast community supported Milne and added that the employees of post offices and traditional mailing systems had also resisted the introduction of telephone communication back in the day. However, this did not stop them from eventually using phones themselves as the invention became widespread and proved its effectiveness.

“Buffett, Dimon and Co. are also secretly buying up Bitcoins,” as one of the commentators wrote in reply to Milne’s post.

Some participants of the discussion also proposed their options on the matter by recalling other similar cases from history, such as “…the opinion of taxi drivers about Uber”, “This resembles the opinions of the owners of gas filling stations about the manufacturers of electric cars.”

The AdHive project also intends to revolutionize the marketing industry by tapping the invaluable resource of influencers, who have already dominated over television and other ad formats by providing live feedback and communication with their audiences. The AdHive project’s initial roadmap and plans included the development of an AI-powered platform for influencers based on existing blockchain systems.

Now that the project has achieved a considerable level of advancement and success, the development team has come to the conclusion that current technologies and solutions are no longer sufficient to sustain the project’s ambitions and have decided to create new technological solutions.

The AdHive project is developing with the industry and beyond its event horizon, so stay tuned to more news and updates from us.