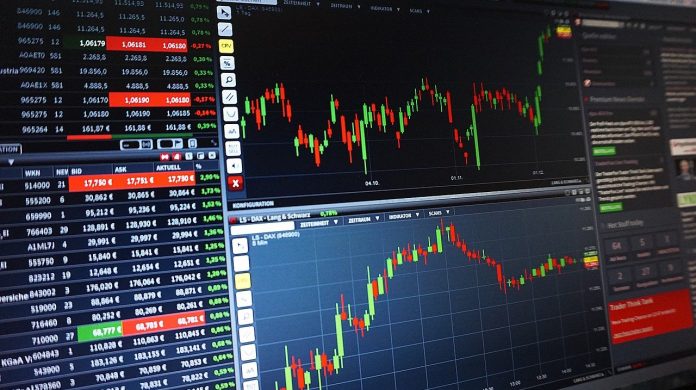 The term forex is a mixture of the words foreign currency and exchange. Foreign exchange is the process of converting one currency into another for various purposes, most commonly in commerce, trading, or tourism activities.

Understanding this notion and knowing how to compute it is critical to successful trading operations. It addresses exchange rate fluctuations, profit or loss computations on a position, and risk management strategies. On the other hand, many traders are only vaguely familiar with the concept of pips, which has a significant impact on their trading performance.

We have put together a comprehensive guide on how to use an online pip calculator for your convenience. So let us make our way towards them!

Pip, pipette, and a lot are all terms that will frequently appear in any forex trading discussion. A pipette is a fractional representation of a pip, often 1/10 of a pip. A lot is the number of currency units that you desire to trade in one transaction. In most cases, these quantities are fixed, which means that if you wish to enter a trade, you can only buy a certain number of units in that trade.

What Exactly Is A Pip?

In forex trading, it is an abbreviation for “Percentage In Point.” At the same time, it is sometimes referred to as “Price Interest Point” in some quarters. Anyhow, a pip is the smallest price fluctuation in a currency pair for a certain exchange rate, and the symbol p represents it. They are used to indicate if a trade has made a profit or lost money. Understanding how their value fluctuates over time can assist traders in better managing their trading approach and risk.

What Is A Pip Value?

Suppose the applicable foreign currency rate moves one pip. In that case, the pip value of a trading position refers to the change in value due to that one pip movement. It is essentially the price attributed to a one-pip movement in a trade. It is used to refer to the gains or losses incurred on a position in the financial markets.

The pip value of a position is influenced by several factors, including the currency pair being traded, the amount of the trade, and the exchange rate at the time of trading.

Way To Measure Pip Value – What Is It?

The fourth decimal point is the most commonly used when measuring them. Suppose the currency pair’s price moves by 0.0001, which equals one point in the currency pair’s price. It just takes 0.0005 of a point for the price to shift 5 points. Of course, this is a simplified instance, as some currencies, such as the Japanese Yen, are only stated to two or three decimal places, depending on the trading platform used to calculate them.

Most major currency pairings are priced to four decimal places. As a result, the measures tend to be based on the four-decimal-place pricing system. One basis point is represented as the last digit of the decimal point. A trader who makes 50 pip profit, for example, is said to have made a profit of 50 pip on that particular trade. Because of this, the exact amount of this profit is determined by the pip value.

The Formula For Calculating Pips – What Is It?

Mostly, you will not have to compute pip values yourself because most forex brokers or trading systems will take care of it for you. There are also various calculators accessible, which eliminates the need to use your brainpower to figure out how to calculate decimal points and percentages in the first place. Nonetheless, calculating them is a good skill to become familiar with, so here’s how you go about it:

Take a pip (0.0001) and multiply it by the trade size or the number of base units being traded (lot), then divide the result by the current market value of a currency pair to arrive at the final value.

It means that pip values will differ between currency pairs because there will always be fluctuations in the exchange rate between the two currencies. But if the quote currency is the United States dollar, the value of a pip remains the same – a typical lot size of 100,000 equals a pip value of $10 in this case (0.0001 x 100,000).

How Do I Determine the Size Of A Position?

In its most basic form, position size refers to determining the proper number of currency pair units to purchase or sell to maintain your risk to satisfaction level. It’s also related to the lot size in some circles. How to go about it is as follows:

Decide On Your Risk Per Trade

It is the total amount of risk you are willing to take in a single transaction or trade. And it is typically expressed as a percentage of the total amount of money in your brokerage account. The usual rule of thumb is never to put more than 2 percent of your account balance at risk in a single transaction. Consider the following scenario: your account balance is $100,000; Something should normally limit your risk exposure to $2,000 for each trade.

Calculate Your Stop-Loss In Pip Increments

In essence, a Stop Loss is an exit strategy for when the market swings against you, allowing you to avoid incurring further losses. Place your Stop Loss level, which should be indicated in pips, before beginning the transaction.

Calculate The Size Of Your Position

The most straightforward method is to divide your risk every transaction by your stop loss multiplied by the pip value.

Having a comprehensive knowledge of pips and pipettes will go a long way toward becoming a more successful Forex trader. It’s important to obtain as much practice on a virtual account before moving to an actual one.