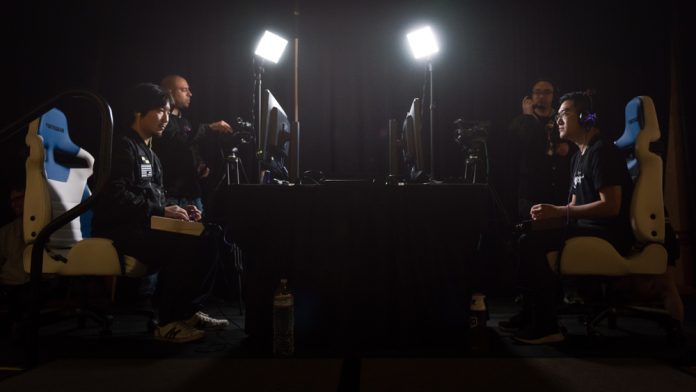 It is only a matter of time until the eSports and cryptocurrency industries come together in a meaningful way. While there will be no immediate impact on Bitcoin per se, it seems other currencies are making a mark. China-based Fujian eGaming Tournament Group has tapped Asura Coin to enhance its King of Glory competition.

eSports and Cryptocurrency Are an Interesting Mix

China is quickly becoming home to a booming eSports industry. That is not a big surprise, as the nation has produced some of the world’s most famous eSports teams to date. Mobile is playing an increasingly important role in this regard. King of Glory is currently the hottest trend, and Fujian eGaming Tournament Group wants to capitalize on the momentum. It will host various provincial and city tournaments for this particular game.

More specifically, the plan is to open five additional eSports arenas across China. This will be beneficial to China’s growing eSports industry over the coming years. While that in itself is rather impressive, the company also wants to introduce a reward-based system which will be a combination of RMB payments and cryptocurrency.

Unfortunately, that doesn’t mean Bitcoin will be involved. Nor is the company showing any interest in Ethereum, Litecoin, XRP, Bitcoin Cash, etc. Its venture revolves around Asura Coin, which is relatively unknown to the majority of the world. It is a new currency that’s based on the NEO blockchain and designed to cater to eSports enthusiasts.

The majority of our players and audiences are under the age of 30. they are both very interested in gaming and Cryptocurrency, with many preferring to have Cryptocurrency instead of RMB. So it was only natural for us to add Cryptocurrency as a reward for tournament winners. we think this will help us establish ourselves uniquely in the Chinese market.

Fujian eGaming Tournament Group will invest 5 million RMB into Asura Coin. These ASA tokens will then be used to fund the prize pools of eSports tournaments, in the hopes of attracting even more players. For this relatively unknown cryptocurrency, it could be a major development. Even so, a coin with a relatively unknown track record may not necessarily appeal to people, although China is a pretty interesting market.

To a lot of people, this will seem like a one-off deal. That may very well be the case, as cryptocurrency is struggling for mainstream traction all over the world. Bitcoin would make a lot more sense from a global perspective, but given China’s negative stance toward this industry, Asura Coin might make a lot more sense. Whether or not it will put cryptocurrency on the radar of eSports enthusiasts is a different matter altogether.