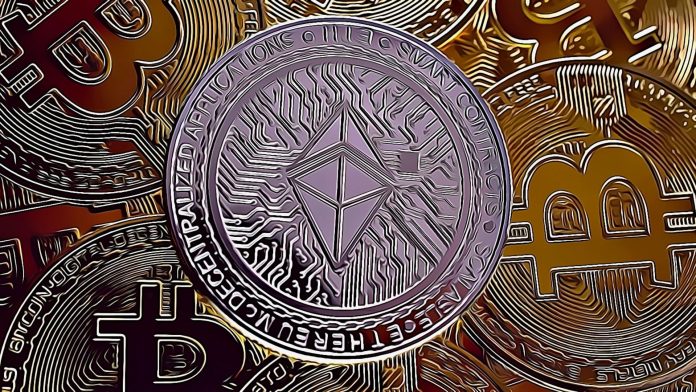 This Thursday, cryptocurrency markets began to show signs of life as Ethereum price increased by 3%, and Bitcoin could maintain support at around $21,600. The market capitalization of all cryptocurrencies has increased by 1.81% in the last day, reaching $1.05 trillion, following minimal movement yesterday, when Bitcoin and Ethereum fought to sustain support.

Traders are anticipating Ethereum’s imminent network merging, changing the network’s consensus process from proof of work to proof of stake. The network upgrade, planned for September, will help Ethereum shift to a more environmentally friendly model, making it the largest blockchain network that won’t use a lot of electricity to protect.

It is anticipated that Ethereum’s merge will be on or around September 15th, according to information released by Ethereum Foundation. In addition, the integration of the Ethereum testnet networks was successful despite several setbacks.

In the following weeks, Ethereum’s value may surpass $2000, mainly if the integration is successful.

Coinbase will add support for Coinbase Wrapped Staked ETH (cbETH) on the Ethereum network (ERC-20 token). Do not send this asset over other networks or your funds will be lost.

What is cbETH? Let’s dive in 🧵👇 pic.twitter.com/n3Dp4OA6HO

Coinbase announced on Twitter last night will enable users to receive incentives while selling, spending, or using ETH that has been staked.

According to Coinbase, cbETH is a utility token that stands in for ETH2 and can be staked on the platform. Furthermore, while ETH2 is locked until a future protocol upgrade, cbETH can be sold or transmitted outside the network because it is a standard ERC-20 token.

Its primary goal is to allow users to use their ETH rewards without moving their staked assets and forfeiting their staking benefits. It’s a common choice growing across different tokens and projects that allows users to “double dip” for rewards by using their staked digital assets for other reasons.

The following Bitcoin news is less favorable as the Afghan government ordered the closure of sixteen cryptocurrency exchanges in a single week and arrested their workers after claiming that the country should ban the trade of digital currencies due to an uptick in frauds and issues.

The government’s lack of understanding, regulation, and monitoring of cryptocurrencies is an old-fashioned approach to dealing with problems that develop with emerging financial technologies. This approach ends up stifling innovation and technological advancement.

Afghanistan’s decision to outlaw cryptocurrency trading will only fuel the growth of the illicit market, harm people wishing to participate in the global economic revolution that crypto offers, and eventually harm the country.

Bitcoin has increased by 1% over the last 24 hours, but it still trades flat at around $21.6k despite the Afghanistan-based ban on cryptocurrencies. The news didn’t negatively affect the price of Bitcoin, as seen from the chart. With a $415 billion market cap today, the 24-hour trading volume has remained constant at $32 billion.

For now, until the market starts preparing for its next move, Bitcoin is expected to continue trading in the low $20k zone.