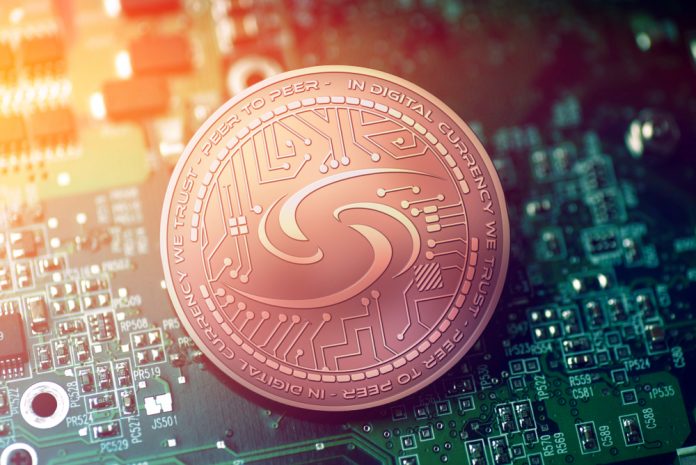 Exchanges are an integral cog in the cryptocurrency machine. Unfortunately, these platforms often cause issues or run into trouble for a variety of reasons. The Binance exchange has been involved in a recent Syscoin issue which forced the company to delete all existing API keys. It’s another troubled day in the cryptocurrency industry.

This entire ordeal kicked off on Tuesday afternoon. It was clear something was going on with Syscoin, a well-respected altcoin which can be traded across many cryptocurrency exchanges. Although it remains to be seen what caused the Syscoin issue in the first place, the developments have affected the Binance exchange in a rather unpleasant way.

When the issue occurred, a Syscoin network block was mined which contained over 1 billion coins. Although it is not uncommon for blocks to include large rewards, one billion SYS was rather unusual when taking into account that the coin’s maximum supply is 888 million. Mining more coins than physically and mathematically possible makes no sense, and it caused plenty of concerns for all users.

We are investigating a possible issue on the Syscoin blockchain, nothing is confirmed but we have asked for exchanges to halt trading while we investigate.

The Syscoin team quickly acknowledged that some issue had affected their blockchain, and an official investigation is still taking place as of right now. Jameson Lopp has already commented that this issue may be similar to the one which affected Bitcoin eight years ago. As such, it is evident the developers have a lot of work ahead of them in trying to figure out where these ‘new coins’ are coming from and how this bug was made possible in the first place.

This incident has another worrisome side effect as far as the Binance exchange is concerned. Since the current Syscoin supply is inaccurate, any exchange listing SYS should be aware of any further developments. The problem was only compounded when one SYS was traded for 96 Bitcoin on Binance Tuesday night, which makes even less sense. It is evident someone is deliberately targeting this altcoin, although it remains unclear what their motive is.

Due to this irregular trading, the Binance exchange was forced to take a rather unpopular decision. The company is worried that it occurred as a result of the exchange’s API, rather than the platform itself. As such, Binance decided to reset all of the existing API keys in circulation. This seems to have been a smart business decision to avoid any further compromises of Binance account information related to trading activity.

It still remains to be seen what is going on exactly with Syscoin. These issues need to be clarified as soon as possible, and one can only hope this was a bug rather than an actual blockchain-breaking issue. Additionally, any information regarding the trading of one SYS for 96 Bitcoin will hopefully come to light in the coming days as well. These two developments are rather worrisome and clearly hint at an attack against the Syscoin project.