At press time, the father of cryptocurrency is trading for just under $4,000, marking little to no change since our last price piece. We’re in the final days of the month, and while December has often brought a sense of magic and stamina to bitcoin we rarely witness throughout the rest of the year, it’s difficult to say where it will lie before 2019 rings in.

All we can really do at this stage is hope that 2019 doesn’t start off the way 2018 did. As you all probably remember, 2018 brought on an ongoing period of slumps that lasted from day one up until the end of the year. Bitcoin, which had been doing quite well in late 2017 and spiked to a new high of nearly $20,000, began experiencing solid drops as soon as 2018 came into play, falling to about $16,000 during the first week of January, and later sinking all the way down to $11,000 by the time February rolled in. By the end of the month, bitcoin was trading for just over $9,000 – a drop exceeding 50 percent. 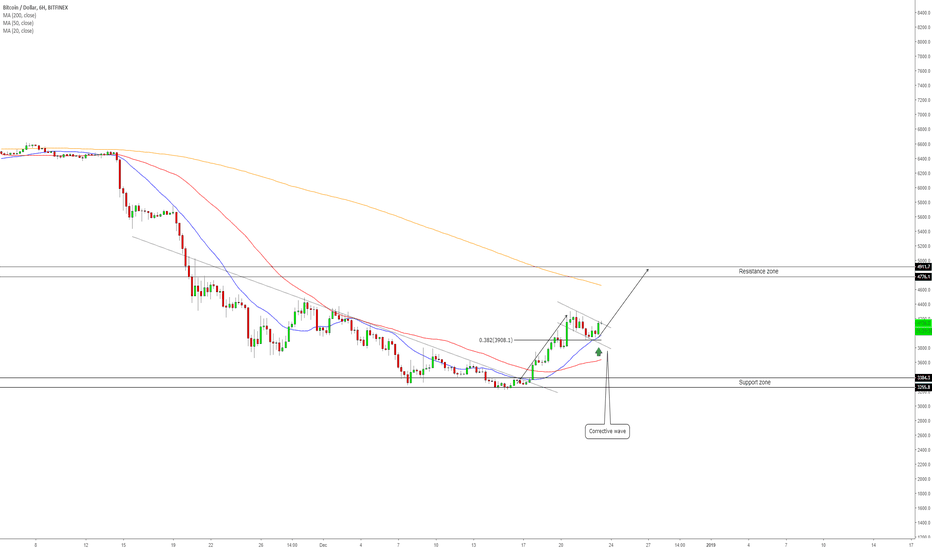 While it’s hard to tell what will happen in 2019, it seems attitudes towards bitcoin among most institutional players have become either negative or apathetic. Goldman Sachs, for example, has been working on a new bitcoin trading desk project for nearly a year. While plans for the desk have not been scrapped, the company has seemingly put the plans on hold, saying that customer interest was far lower than expected.

Daniel H. Gallancy – CEO of the New York-based SolidX Partners, which is working with VanEck to get a bitcoin exchange-traded fund (ETF) approved – states:

“The market had unrealistic expectations that Goldman or any of its peers could suddenly start a bitcoin trading business. This was top-of-the-market hype thinking.”

Morgan Stanley had also alleged it was working on the allowance of bitcoin futures trading amongst its customers, though at press time, the company has yet to trade a single contract. Andrew Peel, who heads Stanley’s digital assets division, says that there is a lack of customer interest, and cites regulators as getting in the way of what the company can do for now.

Recently, JP Morgan put out an official statement saying that bitcoin and cryptocurrency trading amongst institutional players has waned over the past several weeks:

“Participation by financial institutions in bitcoin trading appears to be fading. Key flow metrics [in futures markets and average volumes] have downshifted dramatically. Other cryptocurrencies continue to suffer disproportionately during this correction phase. Prices have declined to a point where mining is becoming uneconomical for some miners, who have responded by turning their mining rigs off.”