At press time, the father of crypto is still trading in the $6,300 range, which is where it’s been for the past few days, and the likelihood of bitcoin spiking to $8,000 or $9,000 by the year’s end is growing smaller every day.

One source claims that bitcoin has somehow stabilized, though to be fair, the present price is lower than what the piece is quoting. It suggests that the currency has stabilized at $6,350, but at the time of writing, it is trading for roughly $20 less, and its volume sits at $3.7 billion. 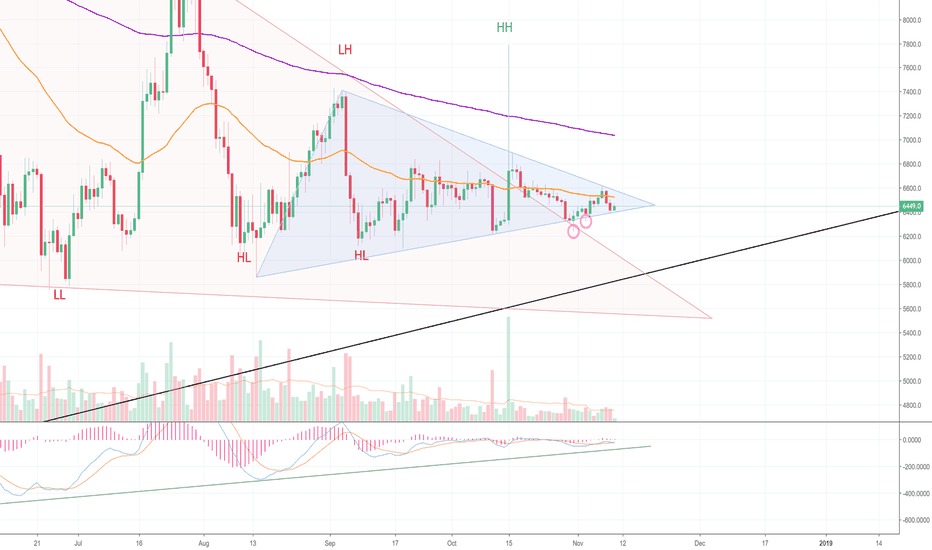 Bitcoin whale and cryptocurrency trader the Crypto Monk has reported that several big investors have moved their money from cryptocurrency exchanges to individual wallets over the past week. It’s possible that the fear of government agencies cracking down on crypto platforms – as the Securities and Trading Commission (SEC) did with EtherDelta this week – has caused several big traders to move their funds into wallets they can have complete control of.

“Just in case you haven’t noticed yet, tens of millions of dollars in BTC have been transferred from exchanges to unknown wallets.”

While positive sentiment in the market has allegedly increased, many analysts are still predicting a relatively bearish outcome for the remainder of the year. Technical analyst Don Alt, for example, recently wrote:

“Managed to crawl back into the range. A close around $6,350 today would not only be a weekly retest of demand, but also a daily retest of the trading range. A move below support today would spell trouble, so it’s definitely a close watch.”

In the meantime, bitcoin coder and developer Jeff Garzik – who is widely considered to be the third most important coder in the bitcoin space behind Satoshi Nakamoto and Gavin Andresen – had some words to say regarding bitcoin’s direction. While the currency hasn’t quite taken the route that he’d hoped for (he’d wished bitcoin to serve more as a payment coin), he can’t deny that it’s a powerful store-of-value:

“As a father, I enjoy watching my kids grow up, even as they make mistakes or grow in ways that I wouldn’t expect… [Bitcoin] is an organism, it’s something that evolves. It hasn’t evolved in the direction of high-volume payments, which is something we thought about in the very early days – getting merchants to accept bitcoins, but on the store-of-value side, it’s unquestionably a success… It was a question of whether this thing would survive at all, and there’s no question of that today.”